Mario can be moved with the Left Analog Stick, with the Right Analog Stick being used to adjust the camera. If you’ve played the original Super Mario 64, you should remember that you don’t have full 360 degree control of the camera, as it moves in little spurts and can’t be fully rotated around Mario. If you hear a buzzing-like noise, then that means you can’t rotate the camera anymore. In addition to rotating the camera around, pushing the R Button will switch between the two camera modes, which will be designated in the bottom right corner of the screen. 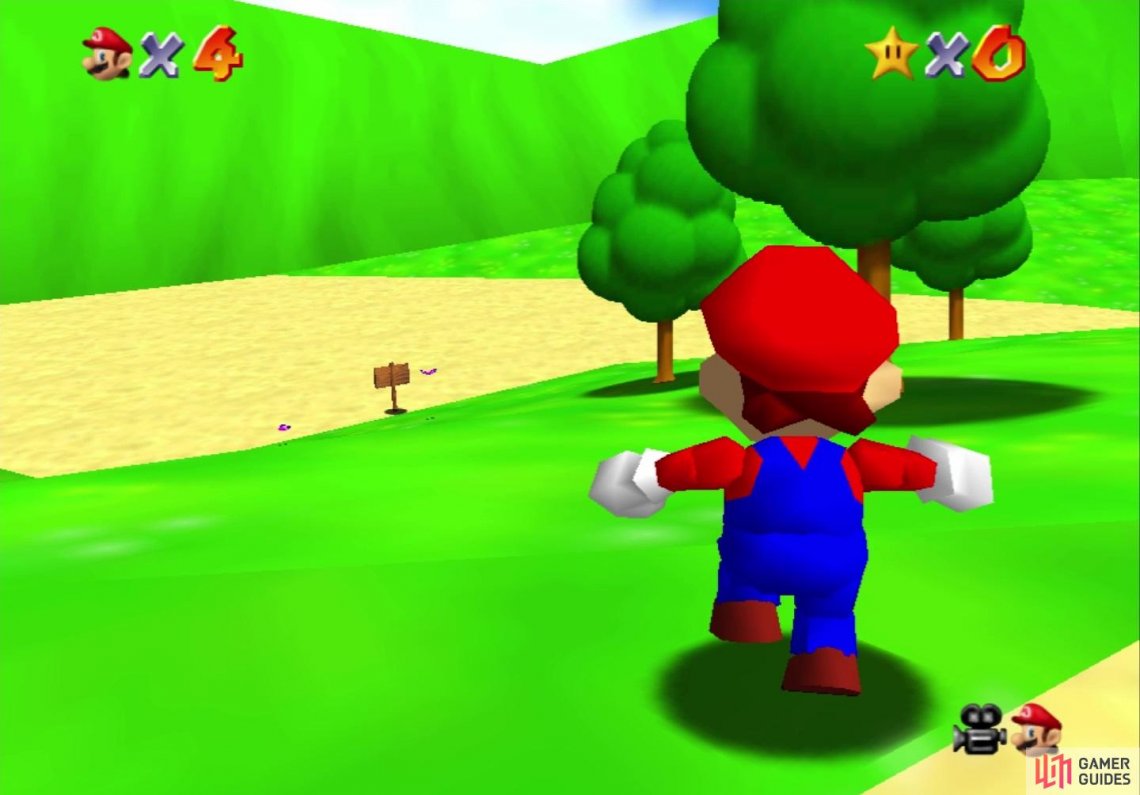 It isn’t a Mario game without his trademark jumping ability. Both the B Button and A Button will cause Mario to jump into the air. This is his basic jump, but he has a lot more moves in his repertoire besides that. Timing the same buttons as above whenever Mario just lands will cause Mario to perform a Double Jump, granting him a little extra air over the basic one. You can tell a Double Jump is being performed, as Mario will slightly tilt his head upwards. Whenever you are running, perform a Double Jump and right when Mario’s feet touch the ground, jump once more to get a Triple Jump. If you see Mario do a somersault in the air, then you have performed a Triple Jump. 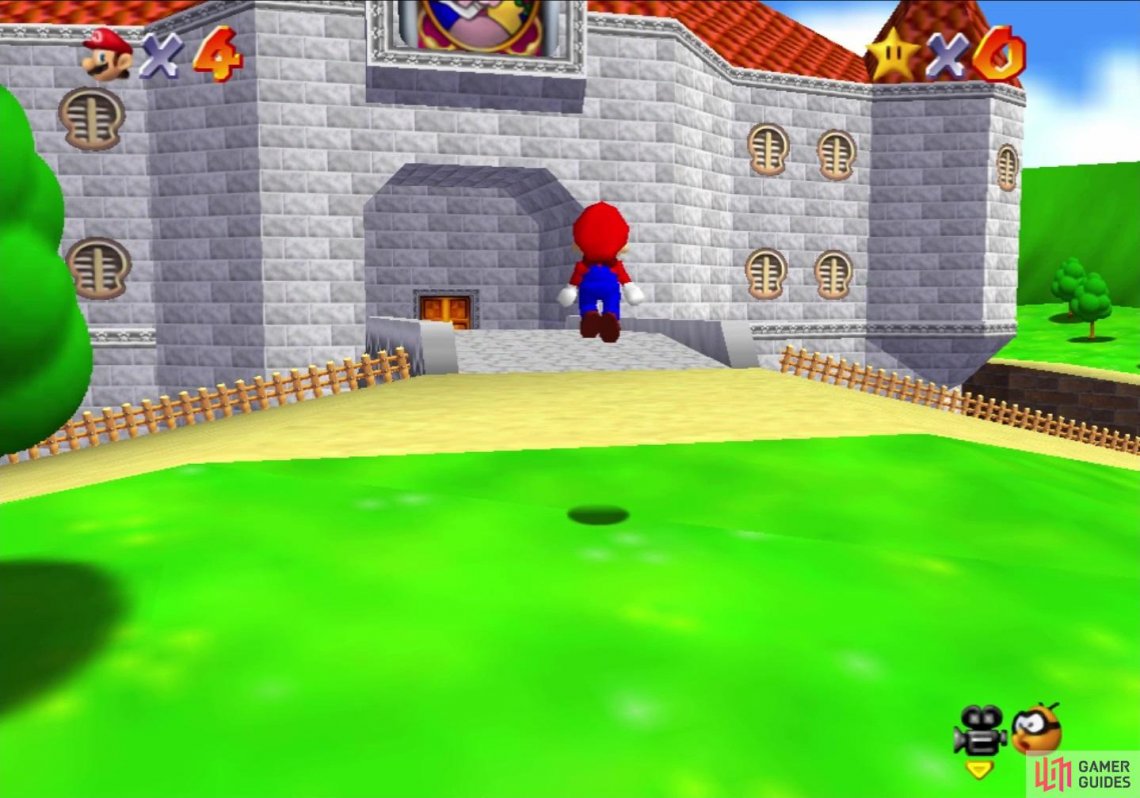 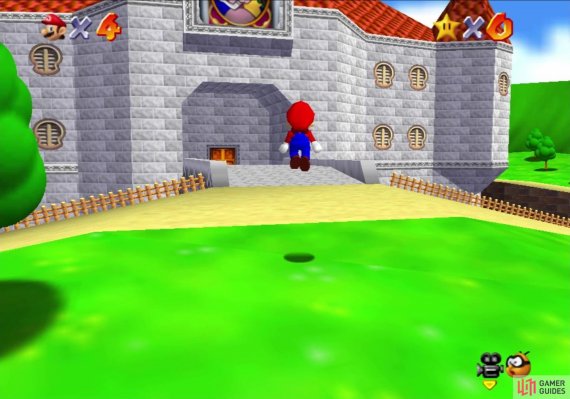 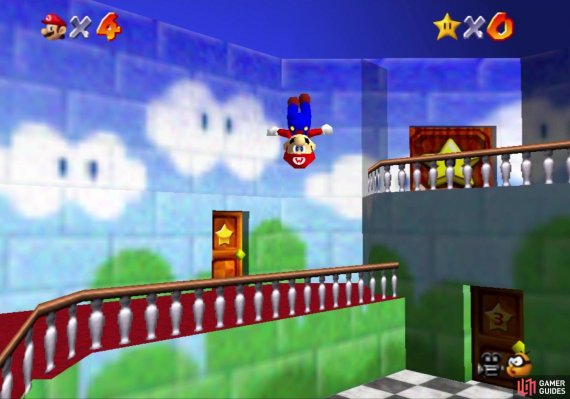 You can tell whenever you pull off a Double Jump (left), The Triple Jump is an important move to master (right)

If you crouch, then press a jump button, Mario will perform a Backward Somersault. While running, press either of the crouch buttons, then jump to have Mario do a Long Jump. This will be one of your most important maneuvers, as it covers a decent distance and can be used to quickly get around, too. Should you be running, you can quickly press the analog stick in the opposite direction at the same time you press jump to perform a Side Somersault. Lastly, if you jump at a wall at the correct angle, you will sometimes stick to the wall and slide down on it. Press the jump button at the moment you connect with the wall to perform a Wall Jump.

Note: The Wall Jump is one of the most important moves to master, as well as the Triple Jump and Side Somersault. Make sure you learn all three of these, as there are some stars that will require these moves or just make them easier to obtain.

Mario doesn’t just jump on all of his enemies anymore, as he has learned how to defend himself with more than his boots. Both the X Button and Y Button will allow Mario to punch. Press it three times in succession to perform two punches and a kick. Jumping in place and pressing the attack button will perform a Jump Kick and doing it while running will have Mario do a Dive Attack; Mario does this as well on the ground (it’s called a Slide Attack though). One key maneuver you will probably be doing a lot is the Ground Pound, which involves jumping and pressing either ZR or ZL. 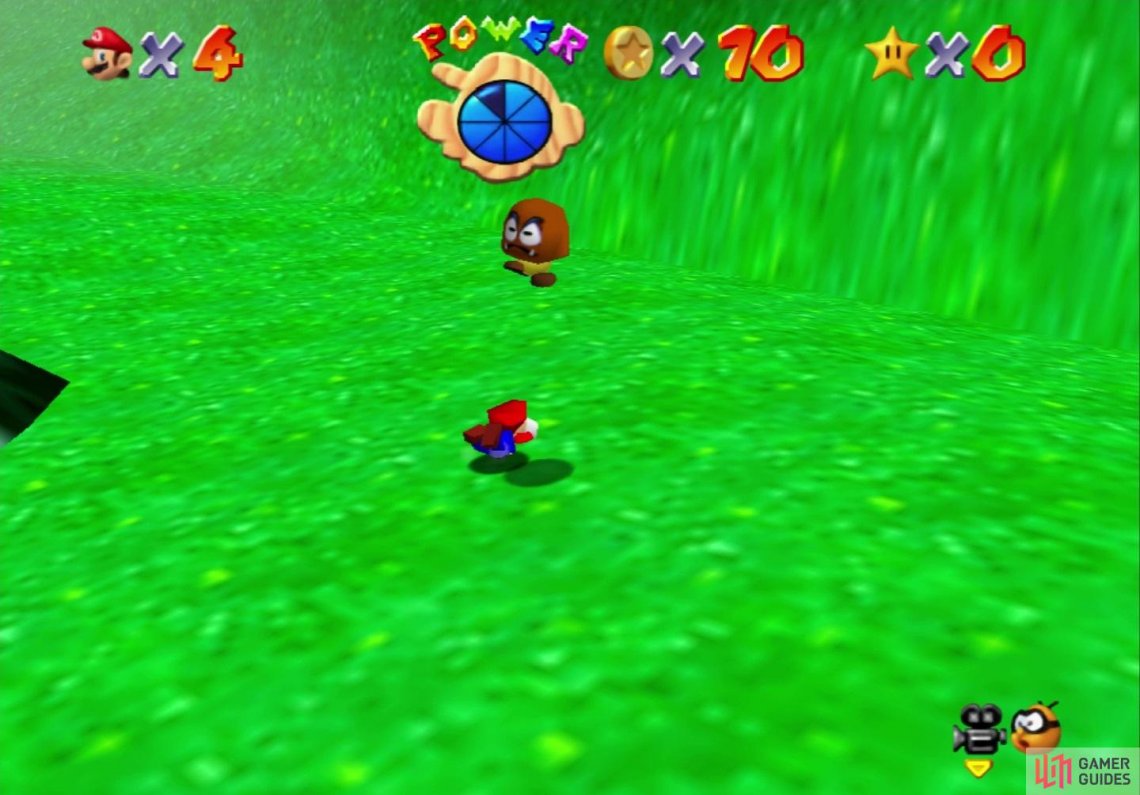 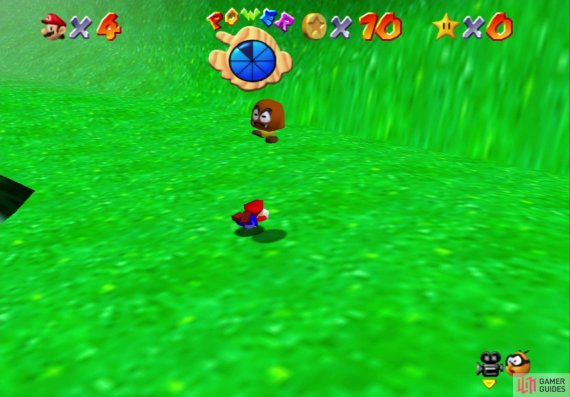 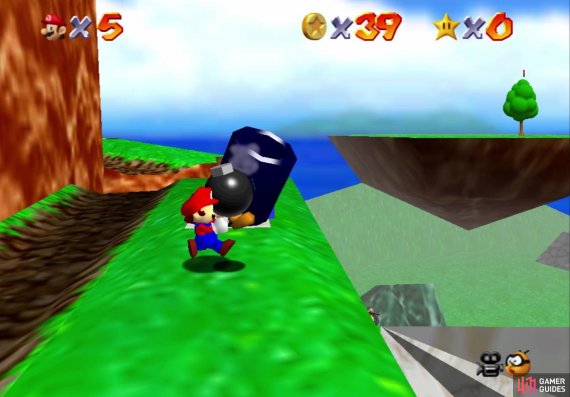 The Dive Attack will be a very useful option for dispatching enemies (left), Some enemies can be grabbed and thrown (right)

While running, press the ZR or ZL button, then immediately follow that with either of the attack buttons to perform a Leg Slide. Mario can also grab certain objects with the Y Button or X Button. He typically moves slower while holding an object and can throw the object by hitting the same button.