This level only has access to one planet as it is an underwater level. The goal of this level is to reach the mainland of the island by launching yourself from the water, to reach the Power Star. 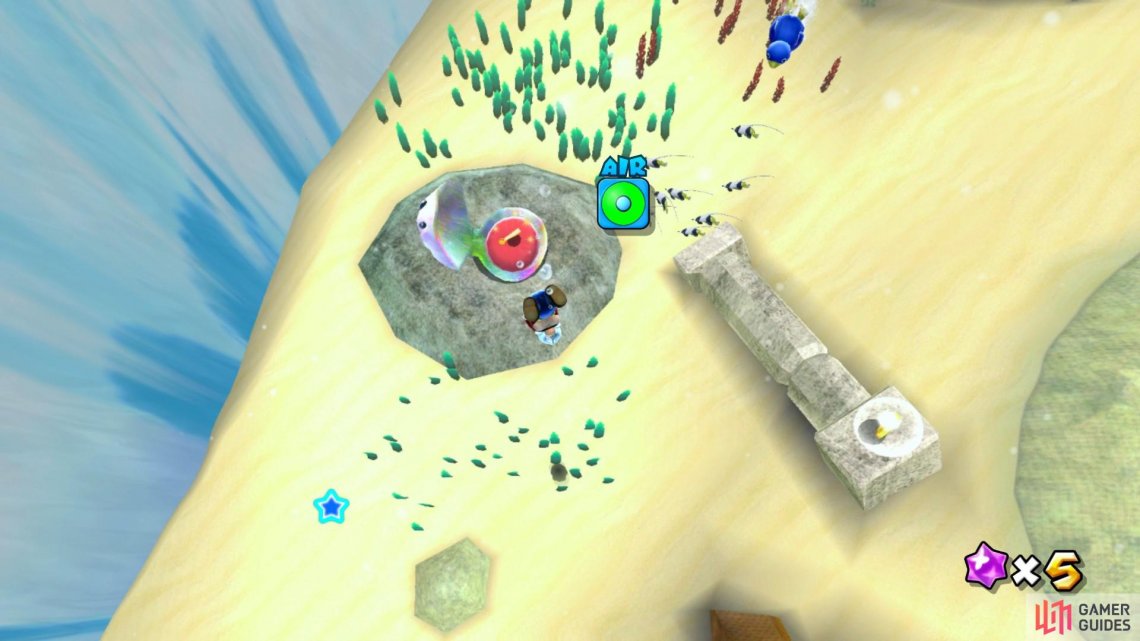 The Clam will only damage you if you’re in his mouth when he shuts it.

This level has access to two planets. The goal of this level is to find the secret cavern then make your way across the treacherous path of Thwomps and Tox Boxes to reach the Power Star. 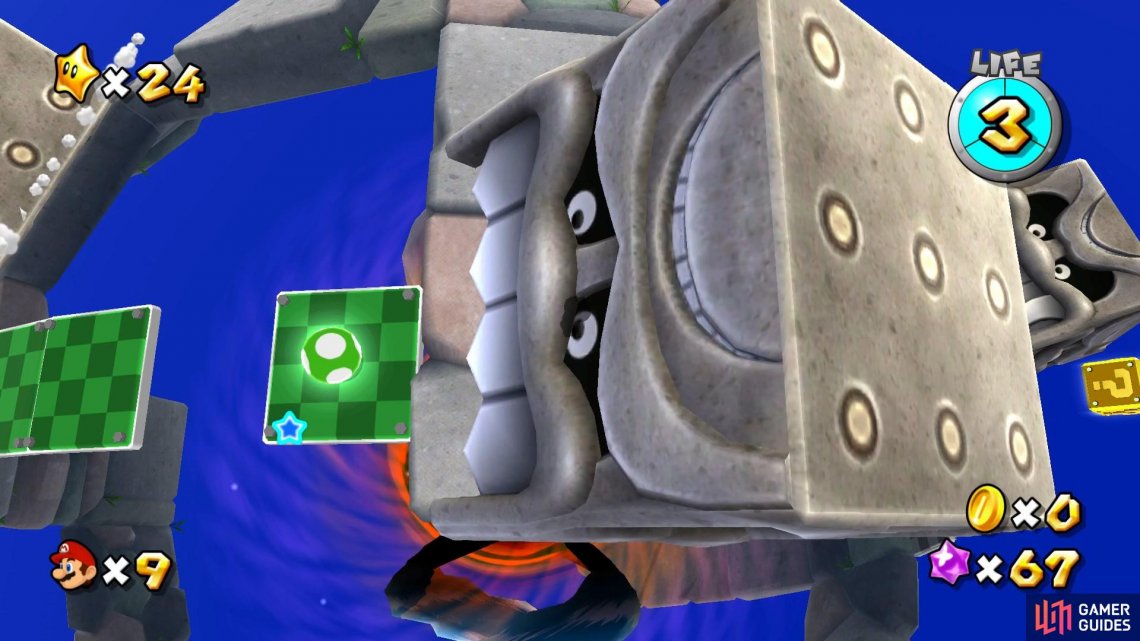 Tox Box will crush you if you stand in its path.