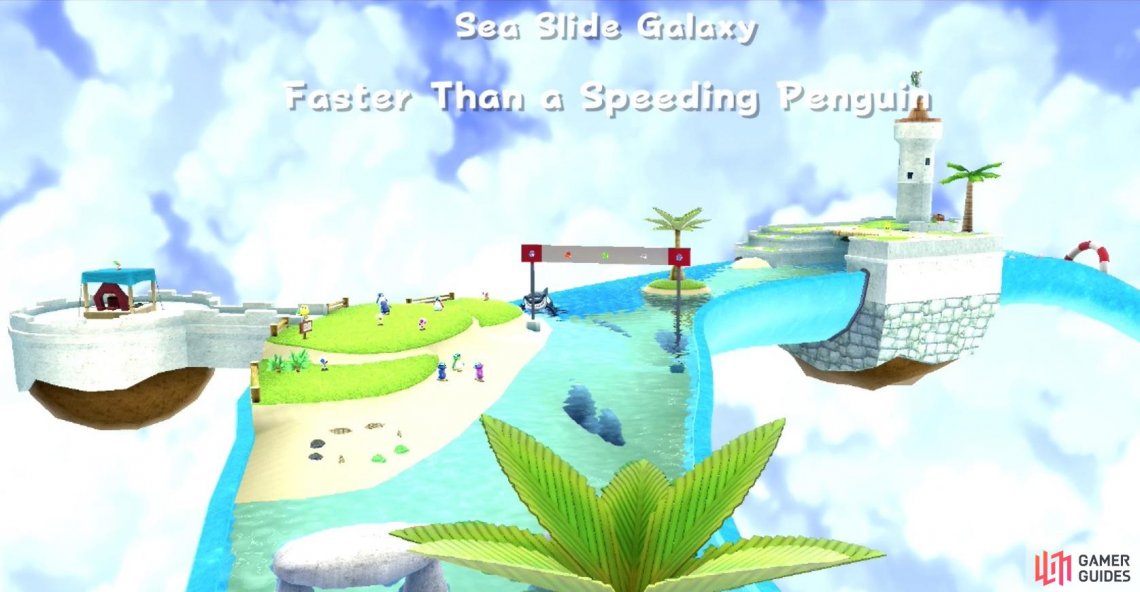 This page offers a walkthrough for the Faster than a Speeding Penguin Power Star in the Sea Slide Galaxy. This galaxy can be found in the Engine dome.

You’ll land on the same island you started on for the previous Power Star and will see a group of penguins gearing up ready to race. To get the Power Star you need to take part in the race and win to claim the star as your prize. To start the race, speak to the red penguin with the swimming cap and goggles. The penguin will ask you if you want to join and you simply need to say yes.

You’ll be then warped to the starting line in the water along with a number of other penguins. A countdown will begin to initiate the race! 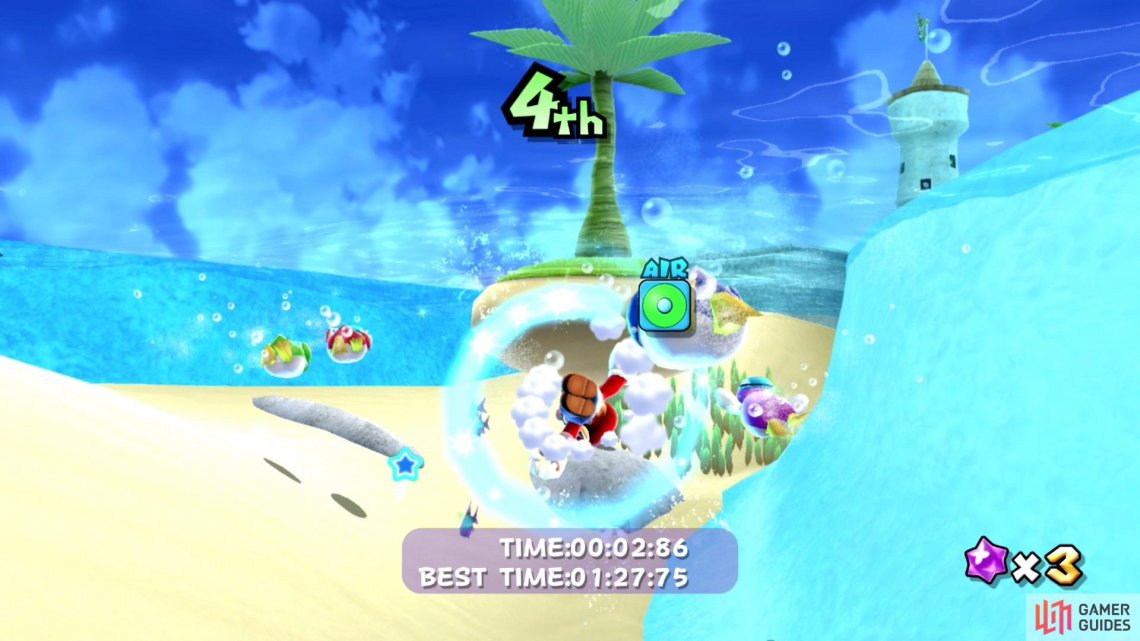 Fastest way to swim is to just keep spinning!

Race to the Power Star¶

When you begin the race its best to submerge yourself and start using your spin attack to propel yourself quickly through the water. Do this until you get on the first Red Shell to ride on, as will make the race a lot easier.

Riding on the Red Shell will make you generally faster than the other penguins. You will need to make sure you stay on the course and try and avoid enemies and hazards that may knock you off the Red Shell. If you are knocked off the shell don’t worry! Luckily there are Red Shells throughout the course so you wont be without a shell for too long.

Tip: You can actually throw the Red Shells by pressing Y and it will hit the nearest penguin in front of you, stunning them tempoariliy allowing you to overtake.

The rest of the course is fairly easy to follow. You’ll eventually come across rings that if you go through them will give you a speed boost. This will be useful to give you that extra edge over the penguins.

Once you have made it around the course in one full lap and are first, you’ll be warped to the starting island and given the Power Star by a penguin! 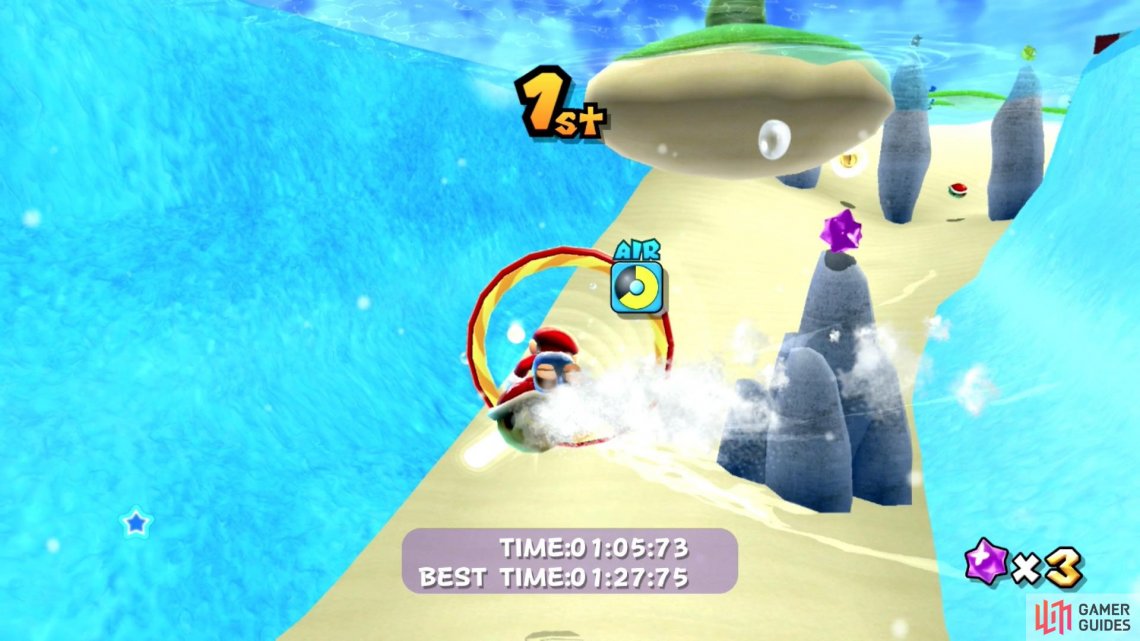 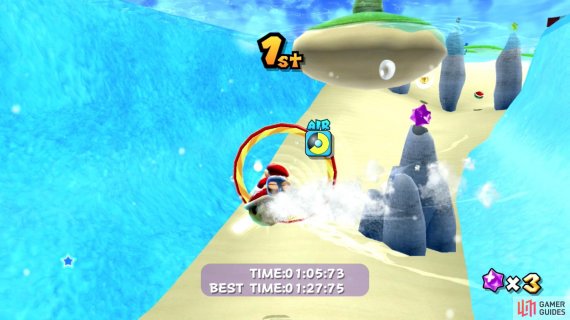 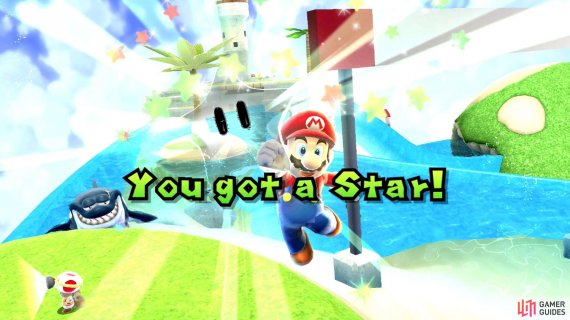 Going through the rings will give you a boost which will help you win (left), winning the race will reward you the Power Star! (right)