This Hidden Star is obtained during the A Very Spooky Sprint level in Ghostly Galaxy.

In the gardens in front of the Haunted Mansion, you’ll find lots of Pumpkinhead Goombas and a few bats. There are also two stalagmites in the southern part of the garden, one of which will be sparkling. Spin attack the stalagmite to destroy it and reveal a Launch Star that will take you to the hidden section of this level. 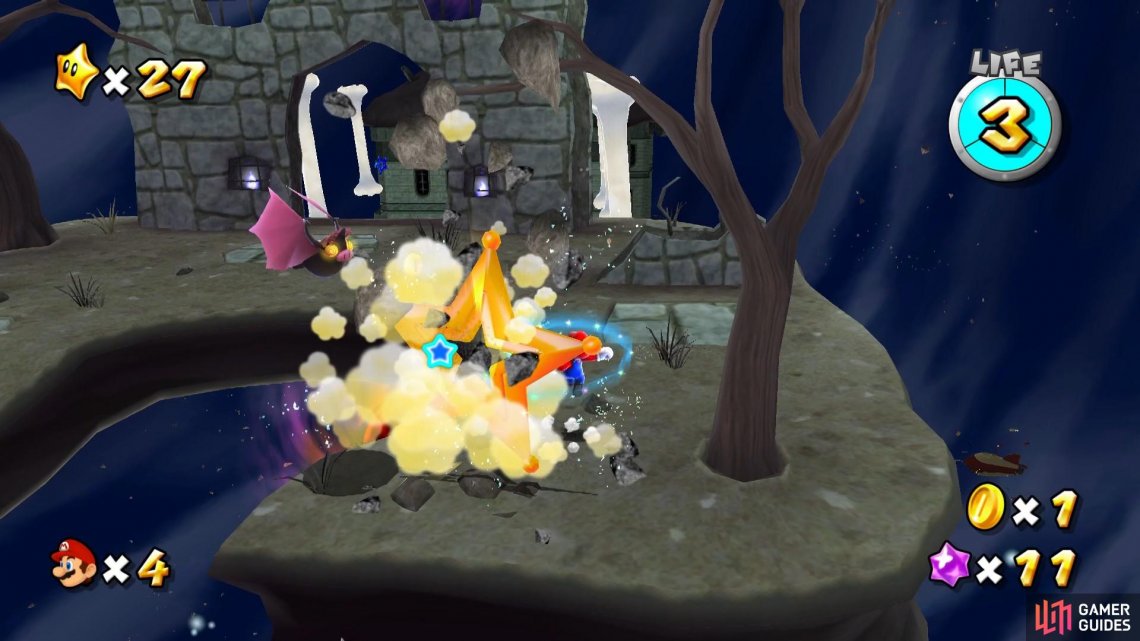 Break the stalagmite to reveal the Launch Star.

The path in this section is only revealed when a spotlight is shining on the path itself. This means you’ll have to walk along the path and wait for the light to shine on where you can walk. If you’re too hasty you’ll fall straight into the void! Throughout this weird section, you’ll need to pick up several golden keys. These will open doors that progress you through the level. As long as you follow the spotlight, you won’t have any trouble with this level. Just avoid the Boos! You can’t defeat them but it’s easy enough to get away from them as they only move when you’re not looking and they’re pretty slow. 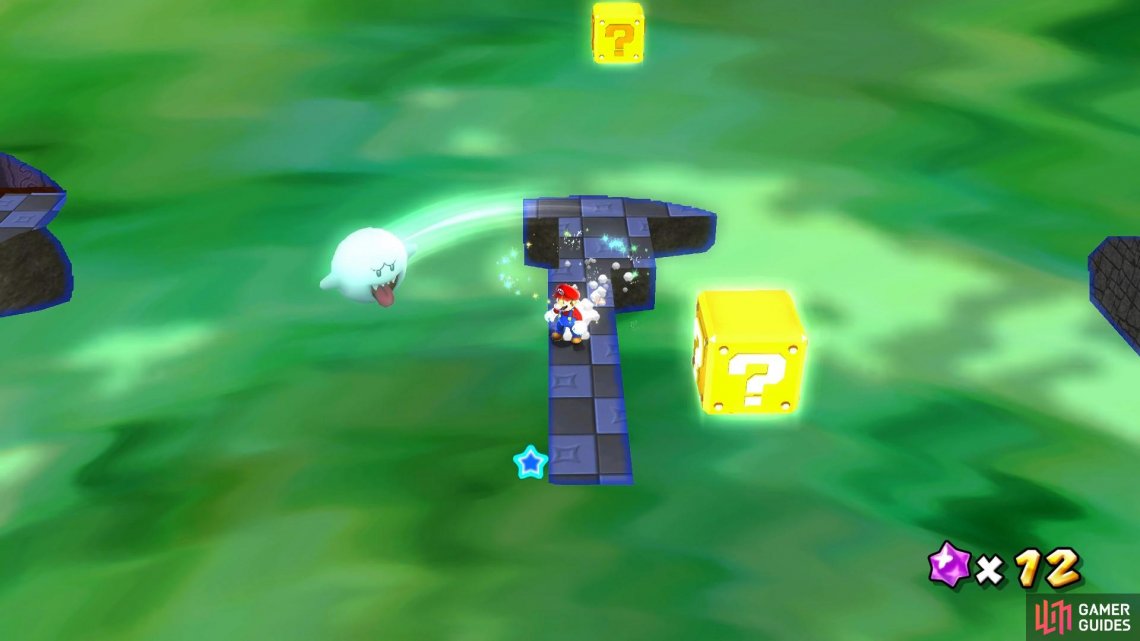 (1 of 2) The path will slowly reveal itself 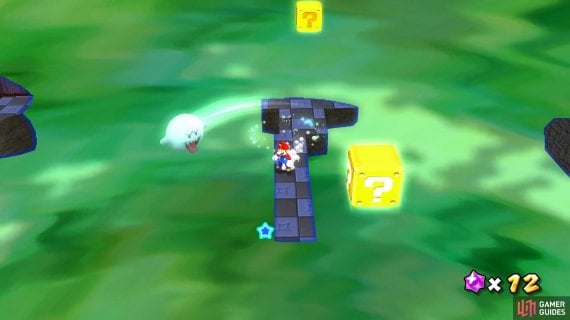 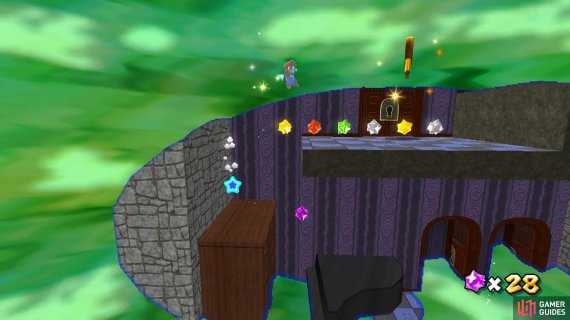 The path will slowly reveal itself (left), and you’ll even need to jump up to higher platforms to follow the spotlit path. (right)

When you get to the end of the secret level, you’ll find a key that opens several doors and the Power Star will be hidden behind the third door. 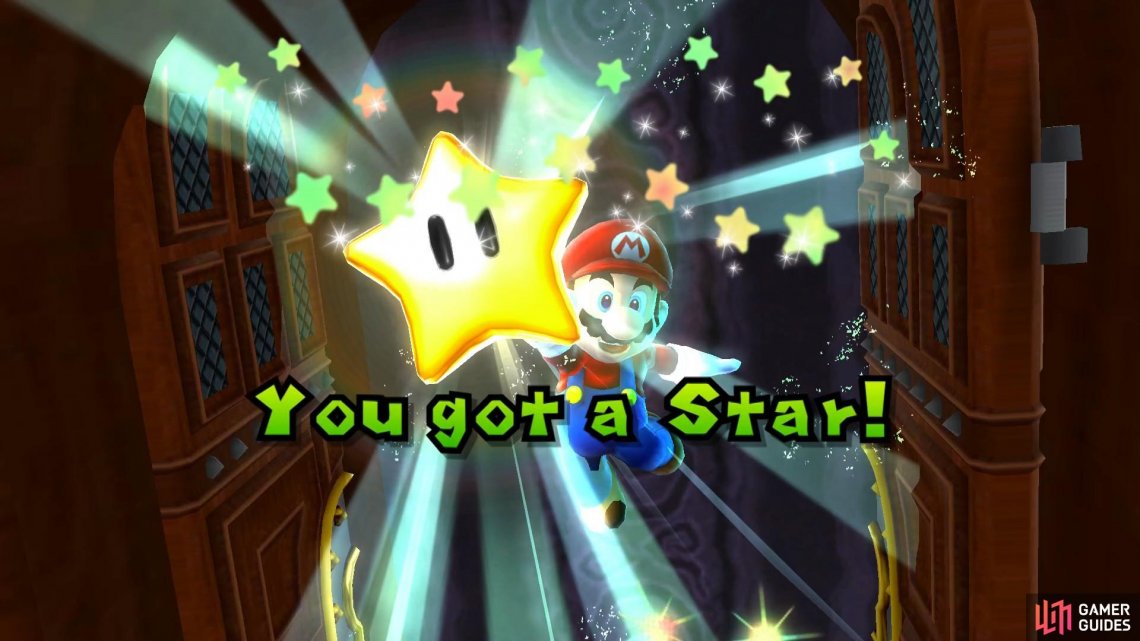 This is a hidden star!