This page offers a guide on the hidden star found in Mario Meets Mario in Toy Time Galaxy.

You’ll begin the level near the toy-train. You can either hop on the train and wait for it to take you to the Launch Star, or you can jump onto the railway and backflip/triple jump up to the Launch Star. The Launch Star will take you over to a planet that resembles a large metal screw. As you’re being launched, make sure to collect the Star Bits that are in a heart shape near the pencils you’ll fly past. You’ll need them for this hidden level! 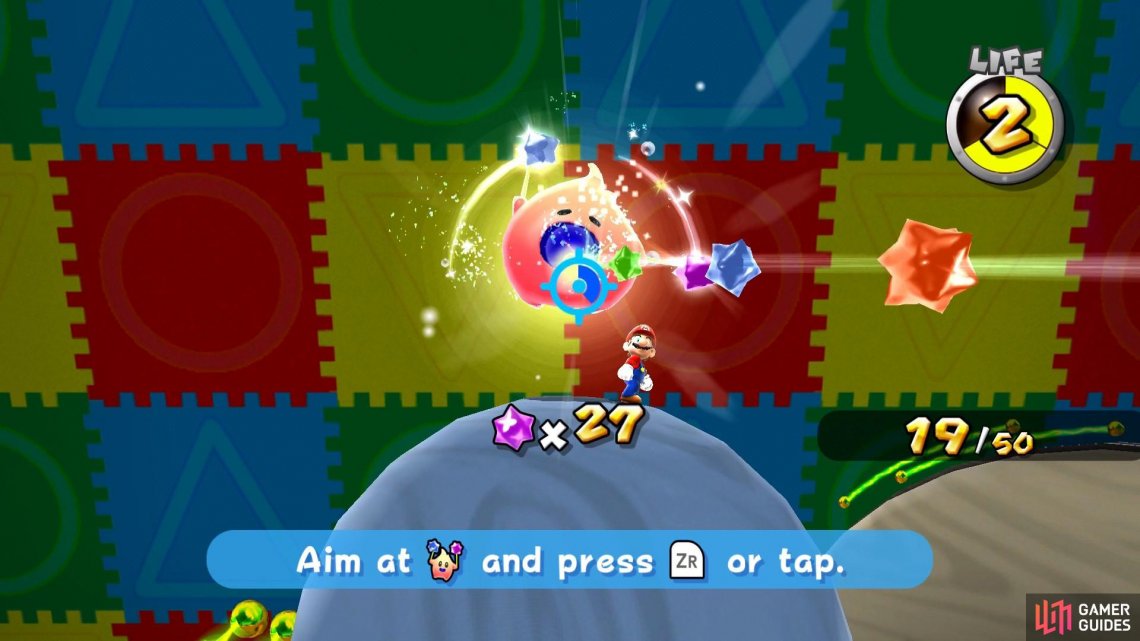 You’ll need to feed the Hungry Luma 50 Star Bits to get it to TRANSFORM!

On this next planet you’ll need to switch the flipswitches from blue to yellow. You do this by stepping on them once (if you step on them again, they’ll turn back to blue!). Watch out though! You’ll encounter Tox Boxes and spikey moving platforms that’ll try to damage you and prevent you from getting all of the flipswitches. Tox Boxes will instantly kill you if you’re caught beneath them unless you hide within their mouths. 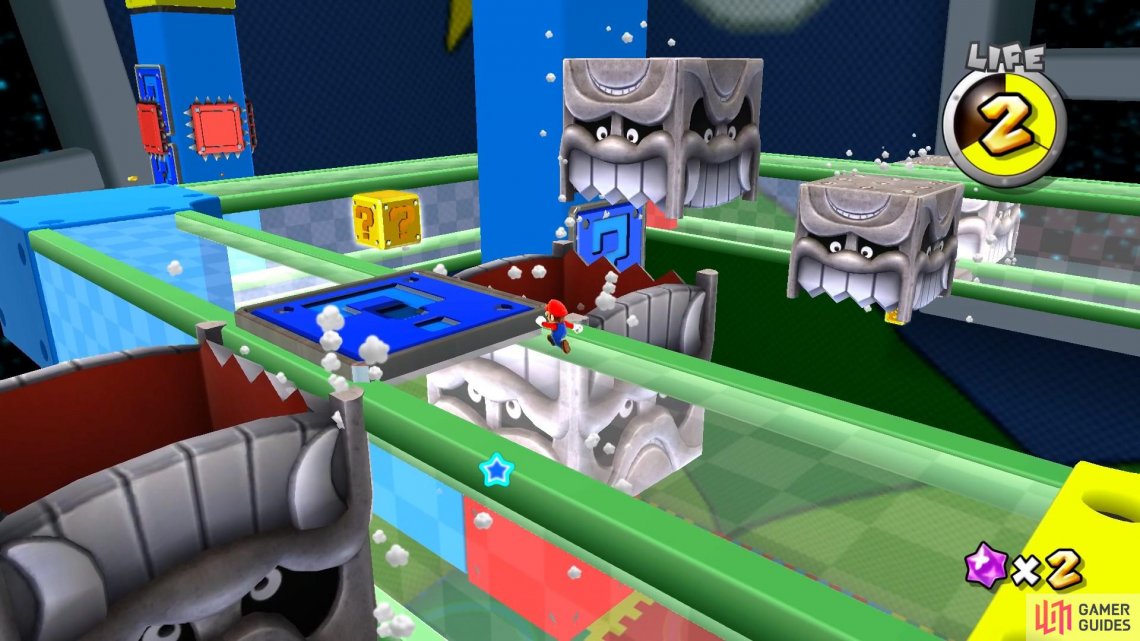 Watch out for the Tox Boxes as you’ll get squashed unless you’re in their mouths.

Once you’ve done all of the flipswitches on the clear tube planet, jump onto the blue tube and make your way along it switching those blue flipswitches as well. Once you’ve flipped all the flipswitches, they’ll turn green and a Power Star will spawn on the orange platform just off the blue path. Grab the Star to finish the level!