This galaxy is unlocked through feeding the Hungry Luma outside of the Kitchen Dome. The Hungry Luma will spawn once you complete the level Sunken Treasure in the Beach Bowl Galaxy. You’ll need to feed it 600 Star Bits to make it transform. There is only one level in this galaxy.

During this level, you’ll only have access to one planet as it is an underwater level. Your goal is to defeat the three Giant Eels so the Penguins can fish again. 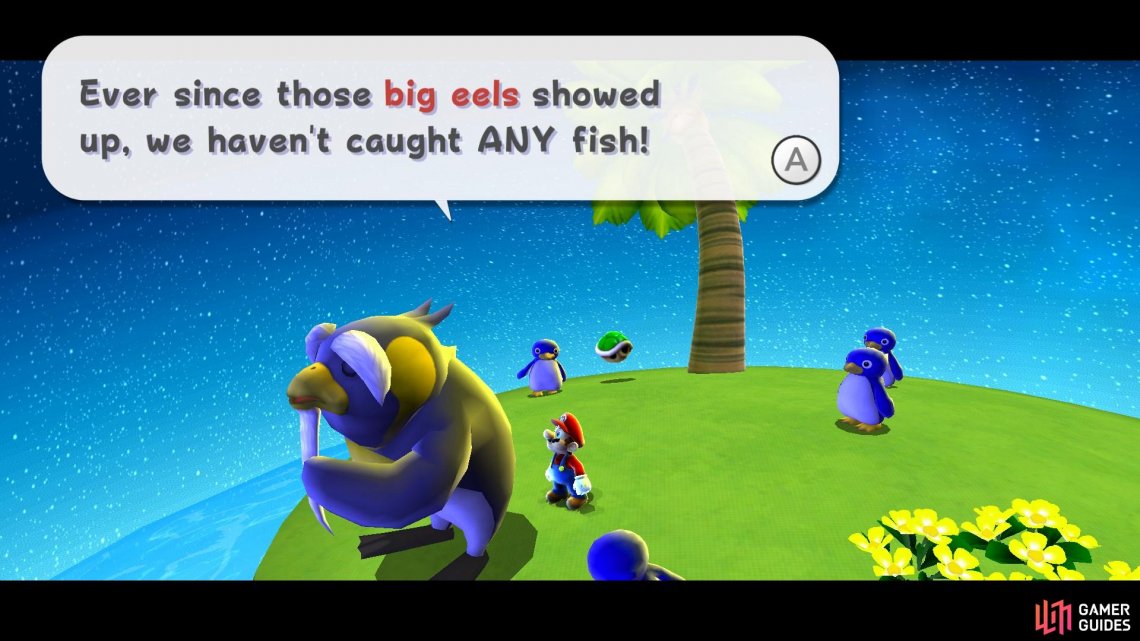 The Penguins need you to defeat the Big Eels!