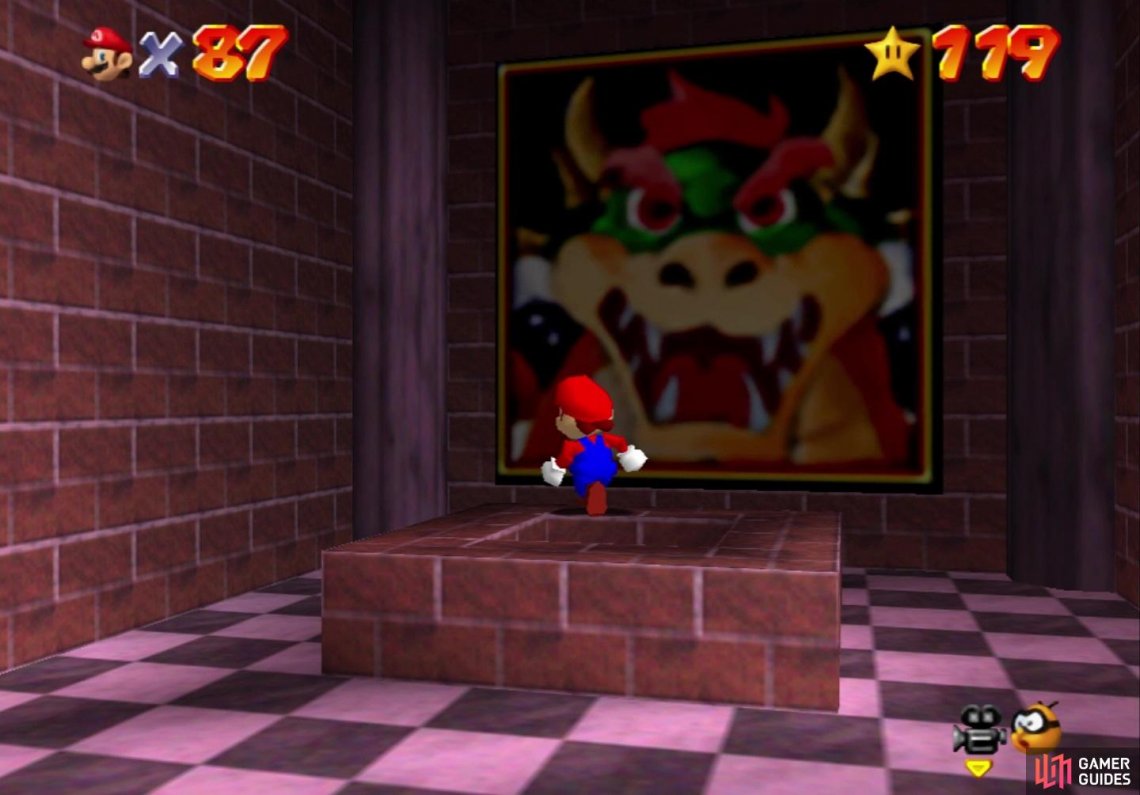 In order to unlock the final Bowser stage, you will need at least 70 Power Stars in your possession. In the same area as Tick Tock Clock and Rainbow Ride, you will find a double door up the stairs right where you entered the area. It will open as soon as you have access, but if you don’t have the 70 Power Stars, then the stairs leading to the entrance will be endless. Once you do have the required stars, head to the top of the stairs and there will be a hole you can jump in, leading to the level.

You will begin the stage on an arrow-shaped platform, with a few more platforms right in front of you. The third one will have a piece of stage going in and out of it, as well as a box on top. If you pay attention, you should see the shadow of a coin on this third platform, so push the box to the left and stand on it to find Red Coin #1. Beyond that will be a long serpent-like that shifts its weight depending on Mario’s positioning on it. Right after that will be a big path that has arrow icons on it. Despite the steep hill here, you can run straight up it, so keep moving until you reach the spinning platform. 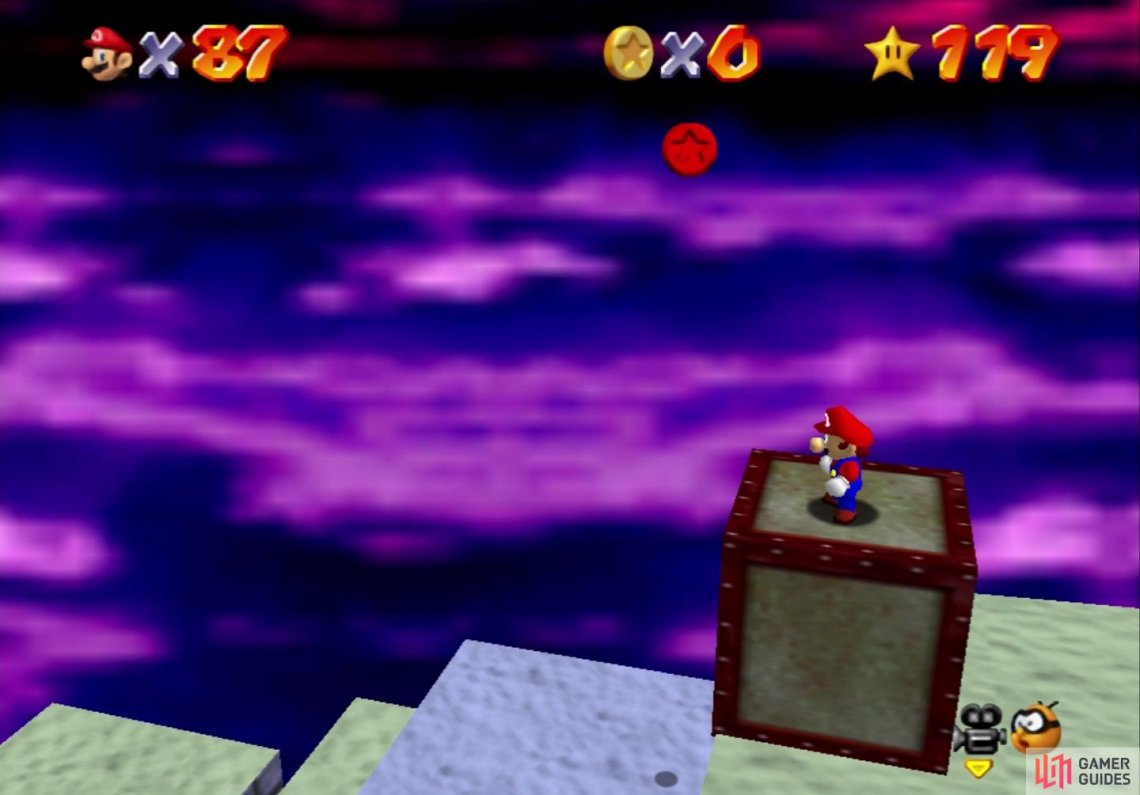 The yellow box here is nothing but a 1-Up, so ignore it and continue along the next path. At the corner, right where the small Piranha Plant will spawn is Red Coin #2. When you get to the seesaw platform, drop down to the area below it and look for a very small ledge on the side, where you will find Red Coin #3. There will be ledges nearby that you can use to return to the upper area, so do that and cross the obstacles, where you will come face to face with a Whomp. You should know how to take care of it, so do that and be careful of the Chuckya camping the edge of the next spot.

When you reach the purple switch, hit it to make some stairs ahead of you, but don’t dawdle too long, or else you will slide back down when the timer runs out. The next steep slope here can be run on like normal, similar to earlier, but you will have to deal with some flamethrowers on it. At the top of it, you will find Red Coin #4 floating in the air. Descend down the other side of this path and you will reach a platform that begins moving upon jumping on it. There will be a series of obstacles in the way, but take note that Red Coin #5 will be above the first set of wooden blocks.

There will be another set of wooden blocks, then a small area with some Bob-Ombs. Right past them will be a small spinning platform, with a spike in the center (and a Keronpa Ball on top of the spike). Slightly hidden by the spike with be Red Coin #6, so make sure you grab it. There will be another spinning platform after the one with the spike, with a pole in the center. Climb the pole to the top and continue until you reach platforms that move in and out, with another pole in between them. Note that Red Coin #7 will be at the top of this pole. You’re nearing the end now and just past the previous Red Coin will be two sets of ferris wheel-like platforms. 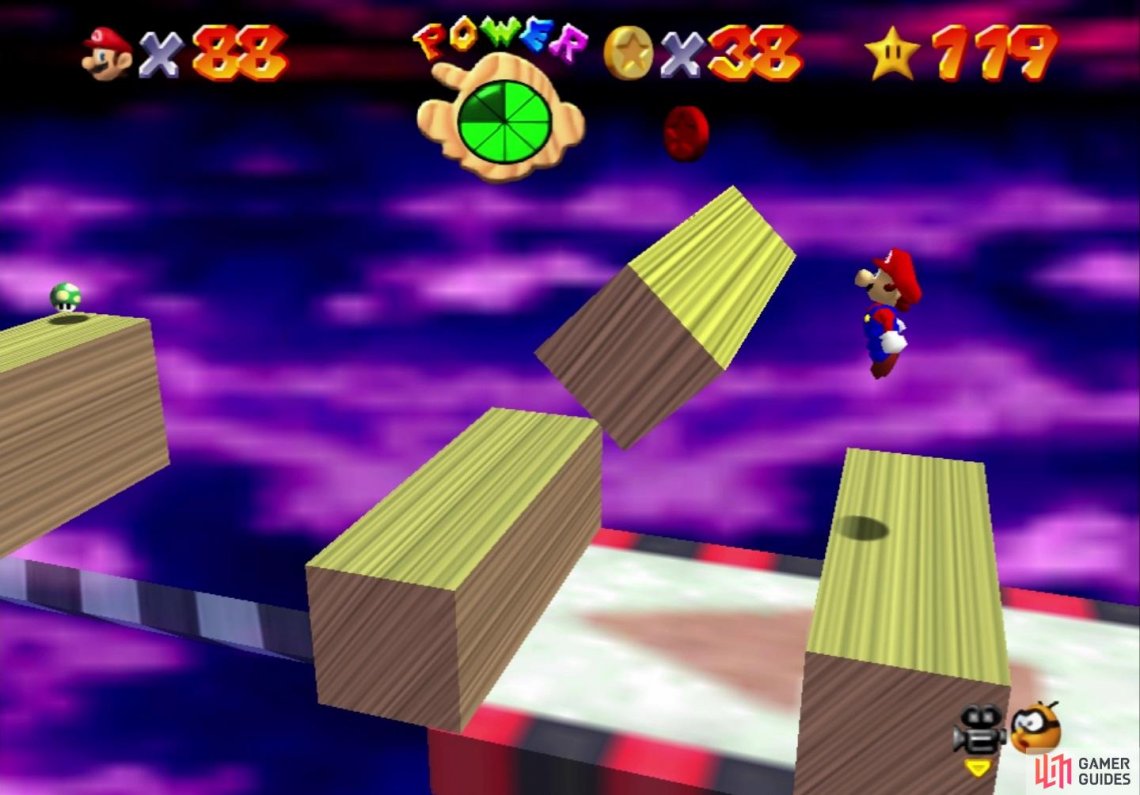 The final area of this stage will consist of an area with some pillars, as well as some Goombas. As soon as you step foot on this area, wind will start blowing, so you will be fighting it as long as you’re on it. If you need to recover any health, there will be a spinning heart in the center, so definitely do that before confronting Bowser. The stairs at the end of the area will lead to the pipe that brings you to Bowser, but don’t jump in just yet. There is a lip underneath those stairs and hidden there will be Red Coin #8. The star will spawn right next to the pipe, so grab it (should be the final star of the game) and enter the pipe.

This is the final confrontation with Bowser, so things will be a little different than in the previous battles. To start off, you will need to swing and throw Bowser onto the mines three times in order to finish him off for good. However, after the second hit, Bowser will break off pieces of the arena (revealing a star shape), so you will need to spin him around faster to gain the extra distance upon throwing him. This will make hitting a mine more difficult, since you won’t have the opportunity to time the throw. Should you toss Bowser off the platform without hitting a mine on the first or second hit, he will jump back onto the arena and break one piece off of it.

As for attacks, Bowser will retain some of the ones from previous battles, like spitting flames and the running attack. If he breathes a stream of fire, then there will be a bunch of flames spread out over the arena. The blue flames from this will split into more flames and move in a straight line. Some of the flames will leave behind some coins, making it easy to replenish health, if needed. Another new attack is Bowser slamming into the ground, releasing a pair of shockwaves. If Mario touches either shockwave, then he will take damage. Note that Bowser does the shockwaves if he jumps back onto the arena after being thrown off. 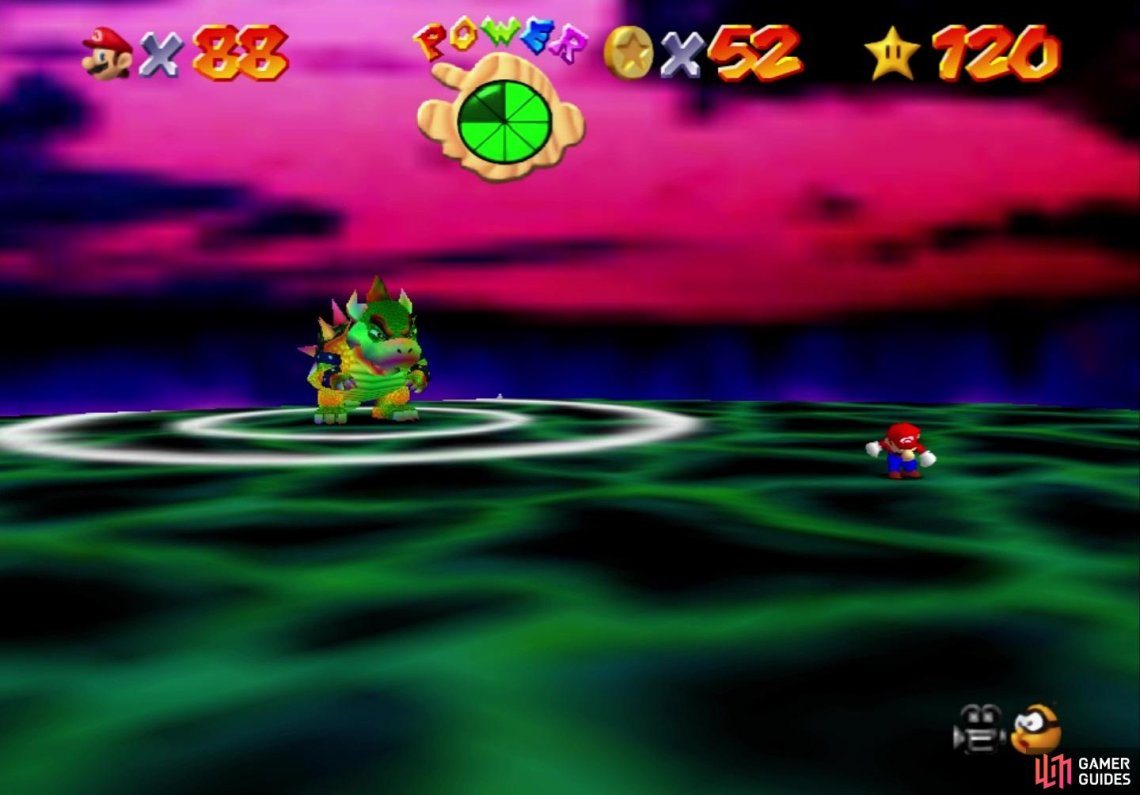 (1 of 4) Bowser can jump and send out some shockwaves

Upon delivering the final blow to Bowser, he will relinquish a big star. It should be said that his speech here will be dependent on whether or not you have collected all 120 stars. Touch the big star and you will have completed the game, so sit back and watch the ending and credits. You will be forced to reset the game at the end of the credits.