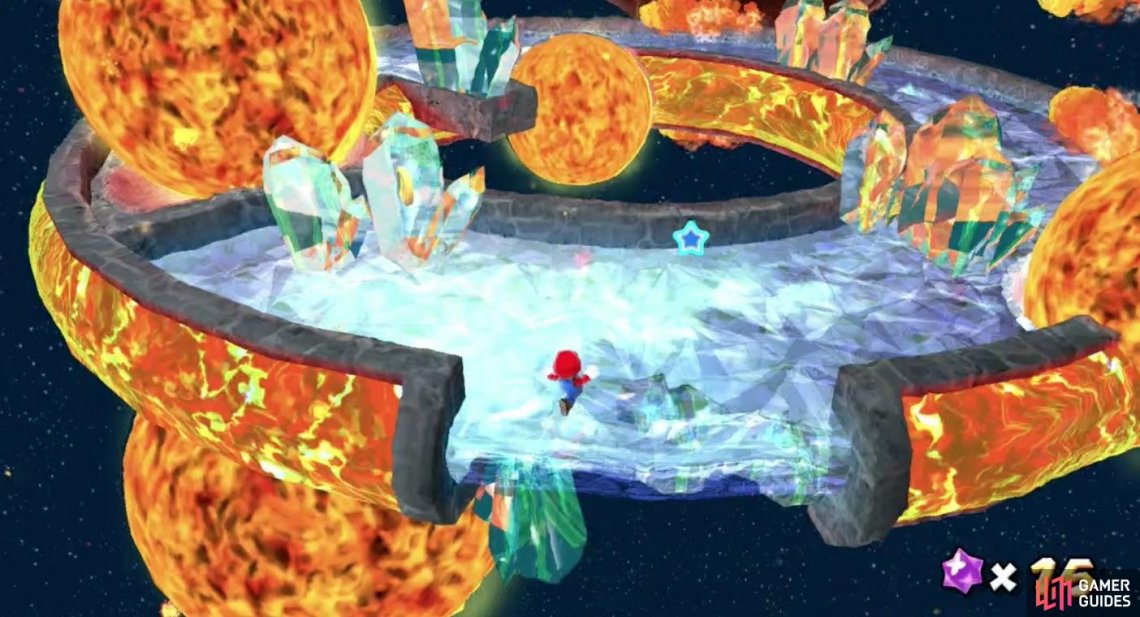 This page offers an overview for the Freezeflame Galaxy. This galaxy is found in the Bedroom dome. You will need at least 26 Power Stars.

The Frozen Peak of Baron Brrr¶

The goal of this level is to reach the peak of the mountain and defeat Baron Brrr.

The Ice Mario form is available on The Frozen Peak of Baron Brrr level. Ice Mario can run and skate on water as he creates platforms of ice underneath his feet as he walks. To skate press Y or shake the RIGHT Joy-con. You also have the ability to walk and skate on lava, as you create ice platforms before you touch it. The Ice Flower power up has a time limit and will wear off after a certain period of time. 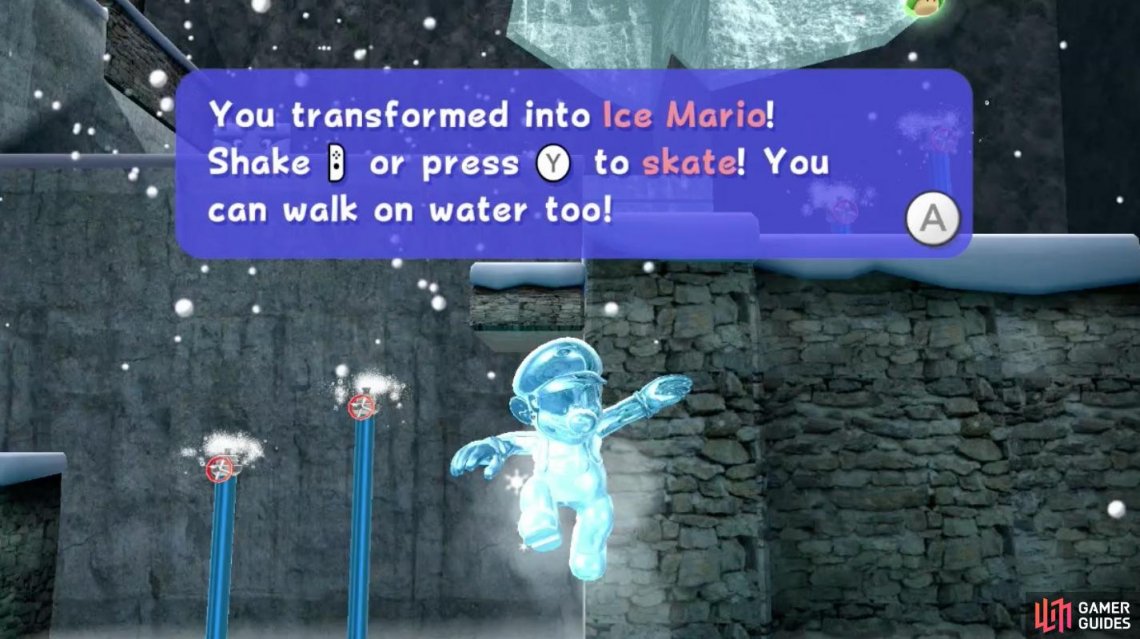 Ice Mario can walk on almost any surface and skate on the ice platforms he creates!

Baron Brrr will be waiting for you in his arena at the peak of the mountain. As soon as you reach the area he will begin to shoot chunks of ice at you from his higher platform. To reach him you need to get the Ice Flower in the area and skate across the water and wall jump to his higher platform.

Once you’re up there he will create a shockwave with a ground pound which can be dodged with good timing. To inflict damage you have to initially spin attack near him to make him shrink to his more vulnerable form. Once he’s in his smaller vulnerable form, you can directly spin attack him to inflict damage. You will need to do this three times to shatter him and take the Power Star. 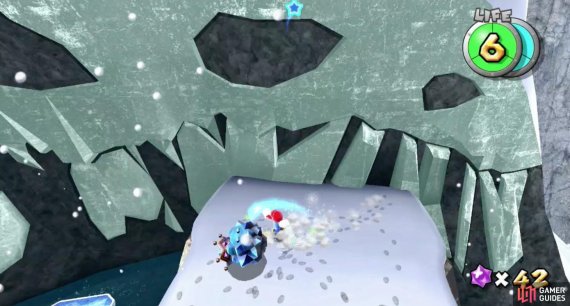 Baron Brrr’s first form will be the one that attacks you (left), when you get him to shrink, he is more vulnerable and will try and avoid your attacks! (right)

This hidden Power Star can be found during the Frozen Peak of Baron Brrr level. The goal of this level is to reach the very top of the mountain, where a Power Star will be waiting for you.

Fire Mario is available on this level as you traverse your way up the mountain. Fire Mario can shoot fireballs by pressing Y or by shaking the Right Joy-con. This becomes your standard attack and you will need to use the fireballs to get past the snowmen who block your path. 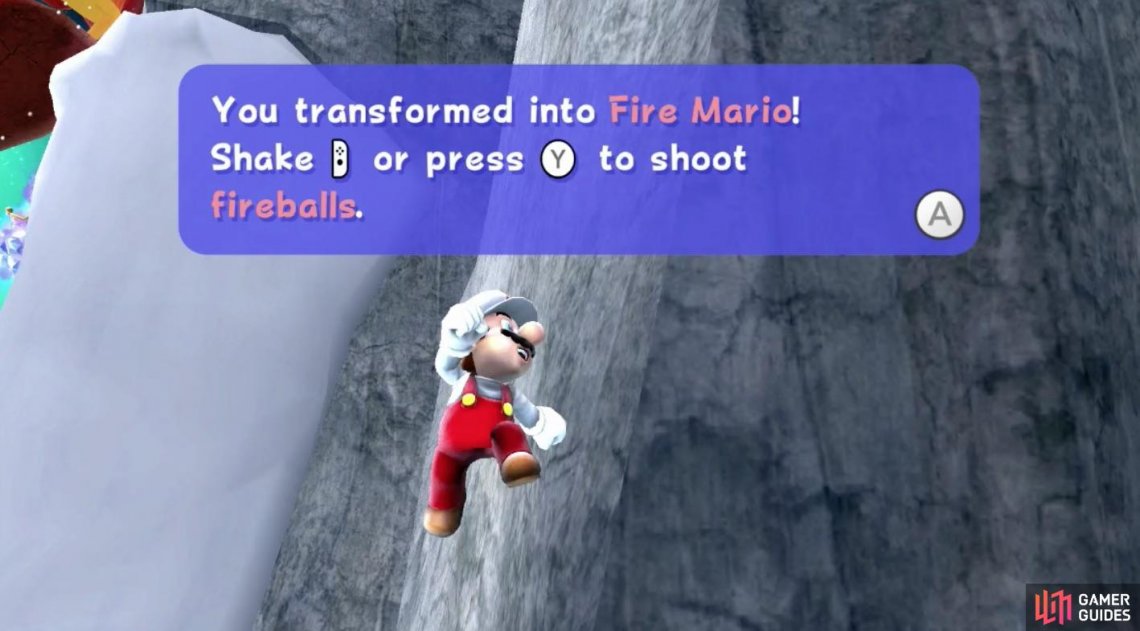 When you become Fire Mario you can now shoot fireballs to defeat a lot of enemies.

The goal of this level is to traverse through the lava planet and lighting the torches to reach the Power Star. 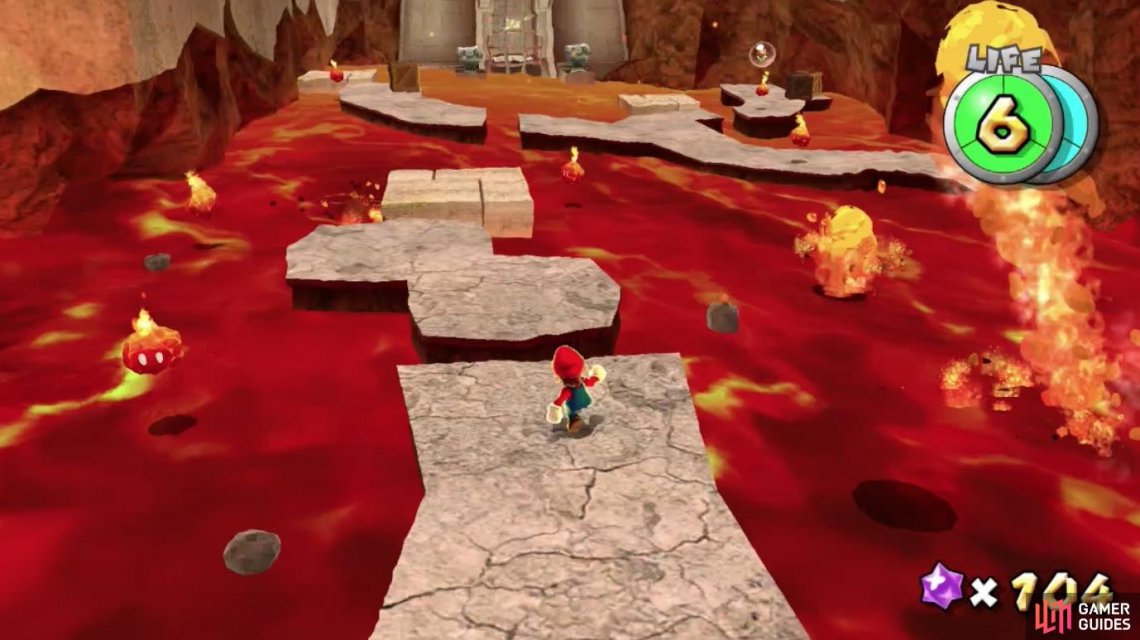 You’ll want to watch where you step in this level!

The goal of this level is to reach the Power Star at the end using a mixture of Ice Mario’s and Fire Mario’s abilities. 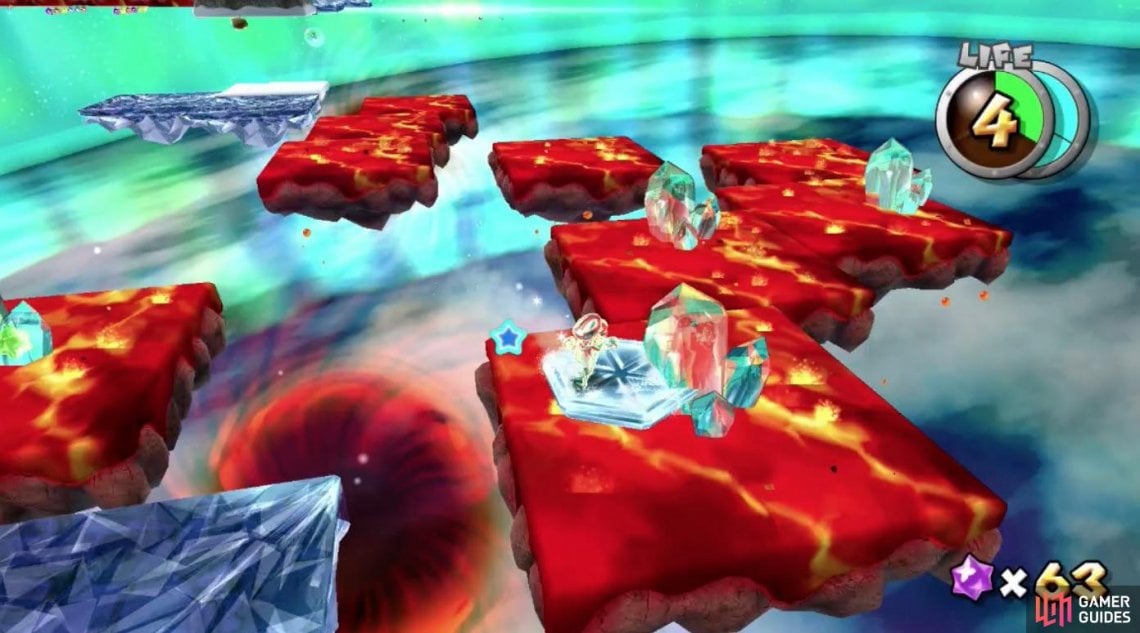 Ice Mario is cold enough to withstand the heat!

The goal of this level is to race Cosmic Mario and reach the Power Star before he does!