This page offers an overview of Good Egg Galaxy. Gusty Garden is located in the Bedroom dome and costs 24 stars to unlock.

The goal of this level is to make your way across the galaxy to reach the Bunny Maze and then chase the Star Bunny to earn a Power Star. 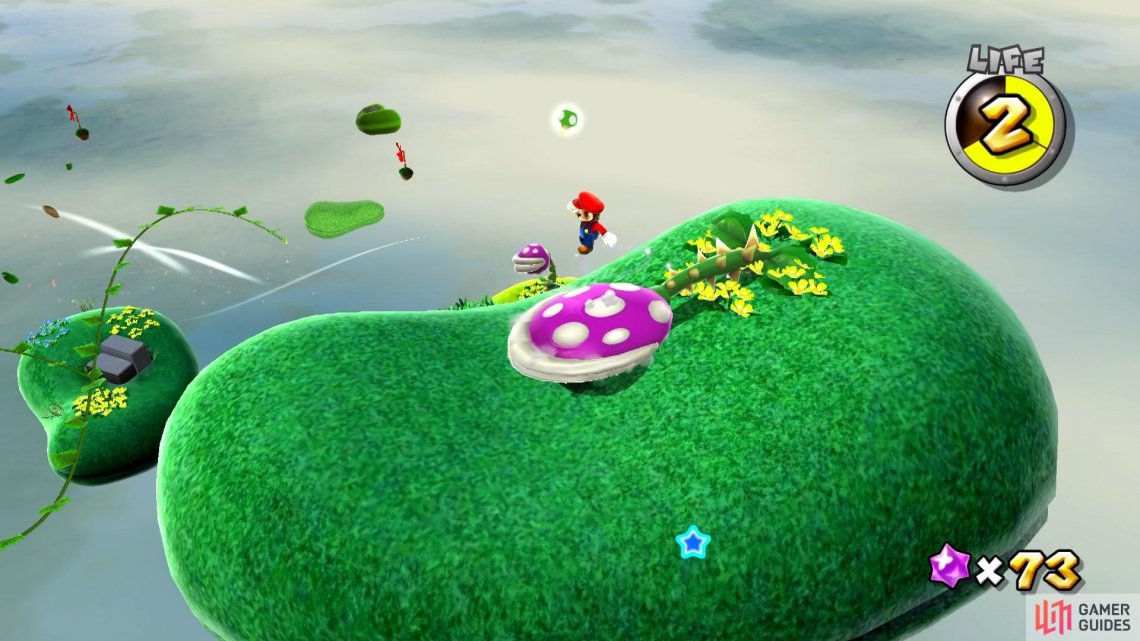 Jump on its head to defeat it!

The Dirty Tricks of Major Burrows¶

During this level, you will need to make your way over to Major Burrows’ planet so you can defeat him in a boss fight! 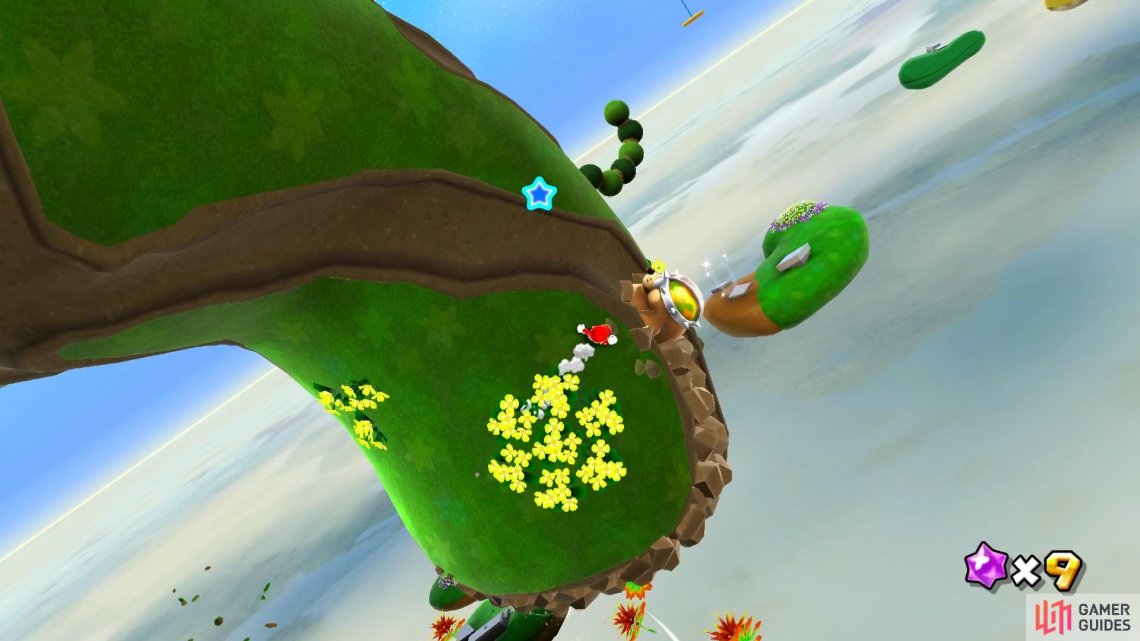 When you arrive on the new planet, you’ll find Major Burrows chasing after a Star Bunny. To help out the Bunny, you’ll need to groundpound near the mole to stun it. Then, spin attack him to damage him.

Major Burrows will now begin to chase you! You can’t jump on its shell as it is spiky and will damage you. You’ll need to wait until he emerges and then groundpound near him to stun him again. Spin attack him again to damage him some more.

In his final phase, Major Burrows will be angry and red. He will burrow and speed around faster than before. You will need to stun him again using a groundpound, however, don’t try to spin attack him though as he will run at you and damage you. Instead, as he’s running at you, groundpound again! This will stun him and make him run away from you. Quickly chase after him to spin attack him - he will only run for a short period and then he’ll burrow into the ground and you’ll need to repeat the process again. 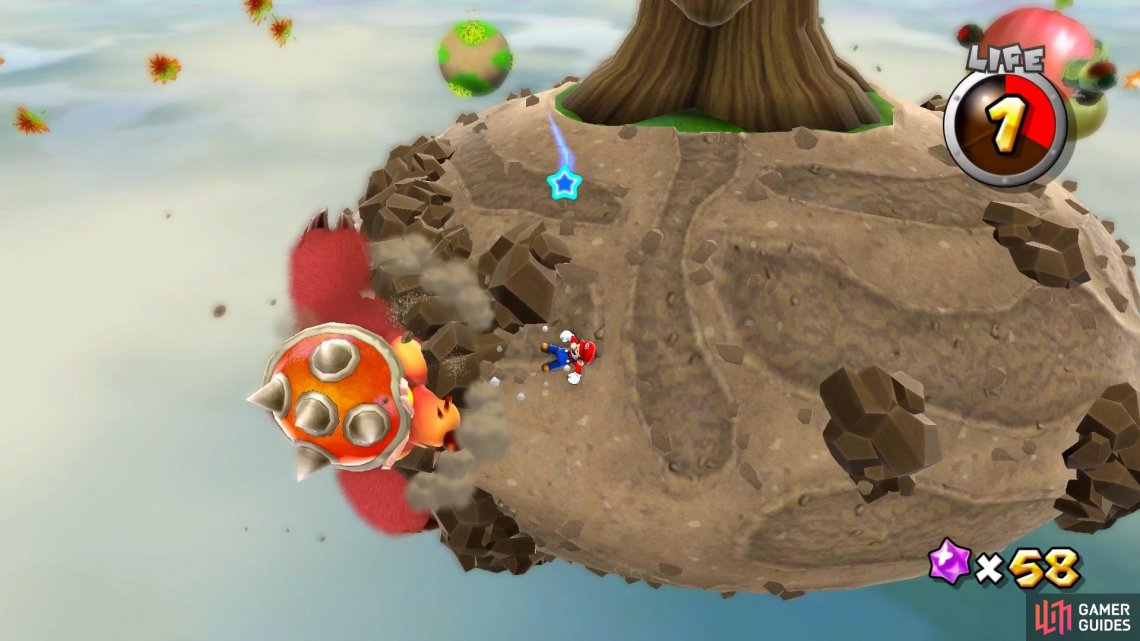 Major Burrows is just a big boss version of the undergrunts.

There is also a Daredevil Comet version of this boss fight. 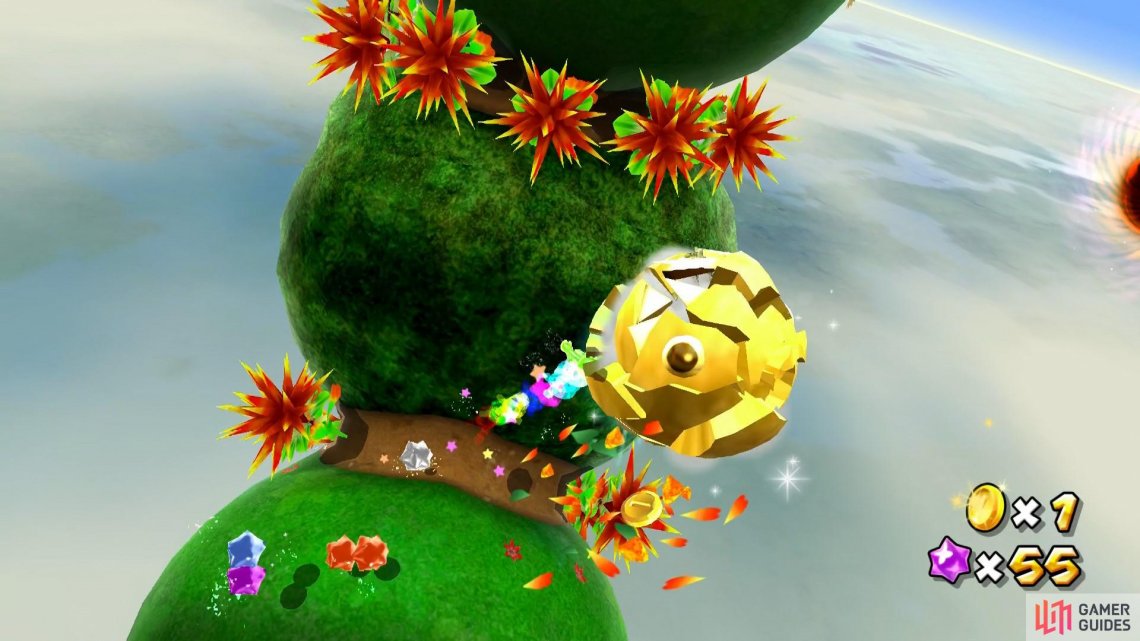 The Golden Chomp is hiding a hidden Power Star!