During this level, you’ll have access to 3 different flying saucers. The aim of this level is to survive the cannonball barrage and use the bullet bills to free the Power Star! 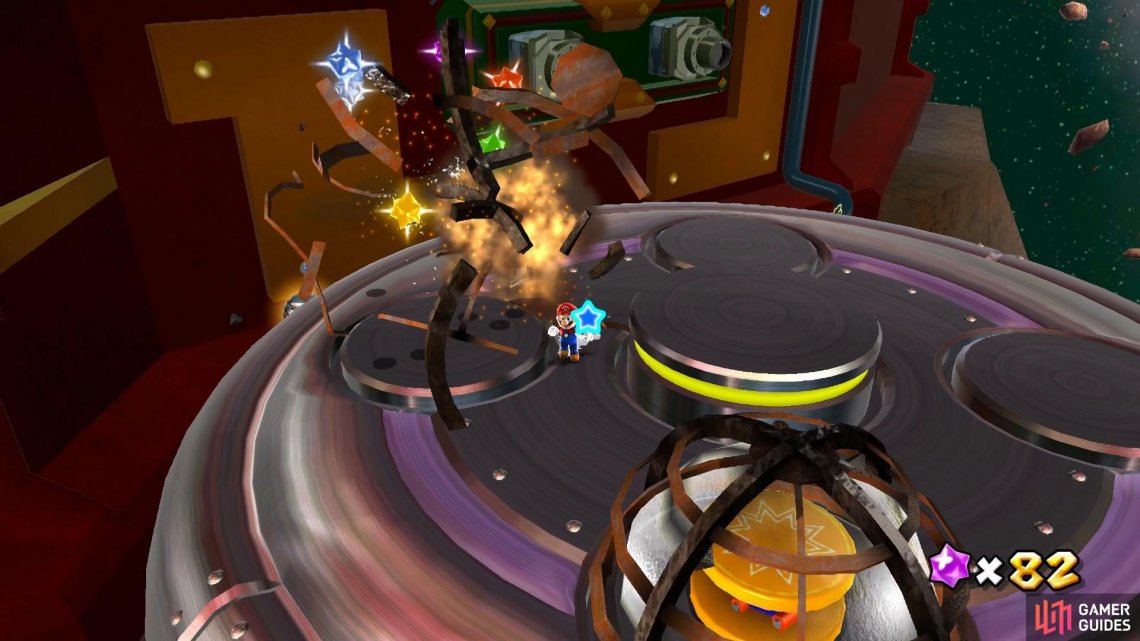 You can defeat the Bullet Bills by guiding them into the cages to destroy them. Two birds with one stone!

During this level you’ll have access to a few flying saucers and 3 planets. Your aim is to break into the Battlerock and then find the Power Star.

There is also a hidden star in this level, which gives you access to one extra planet - the Ammo Depot. 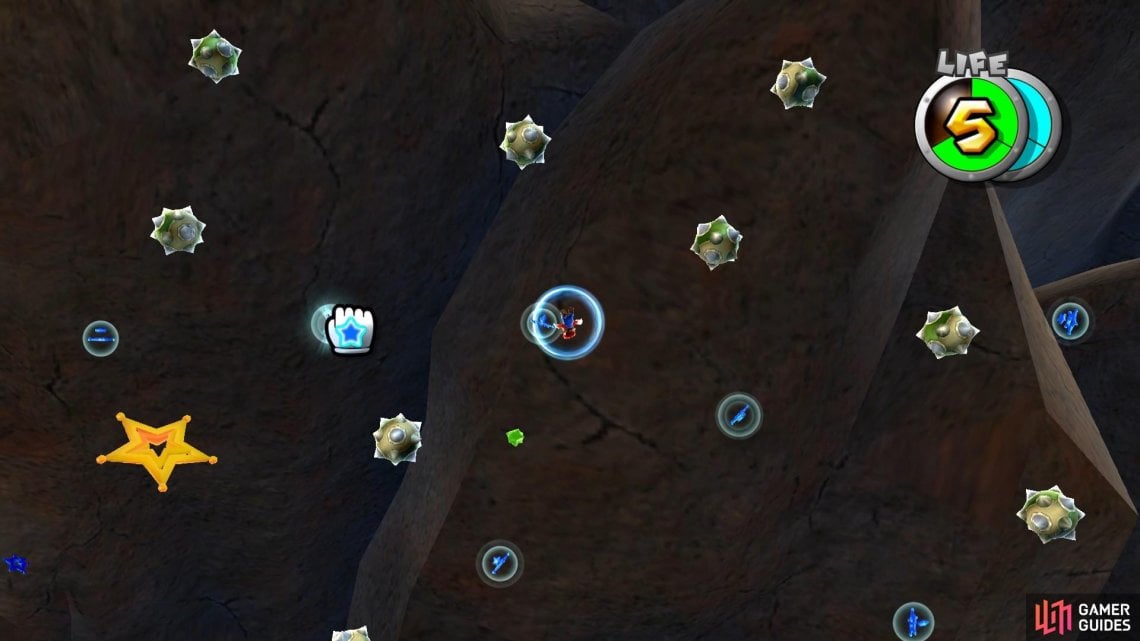 You’ll need to navigate around lots of Space Mines in this level.

This level has access to several flying saucers and 4 other planet areas. Your goal in this level is to defeat the Topmaniac. 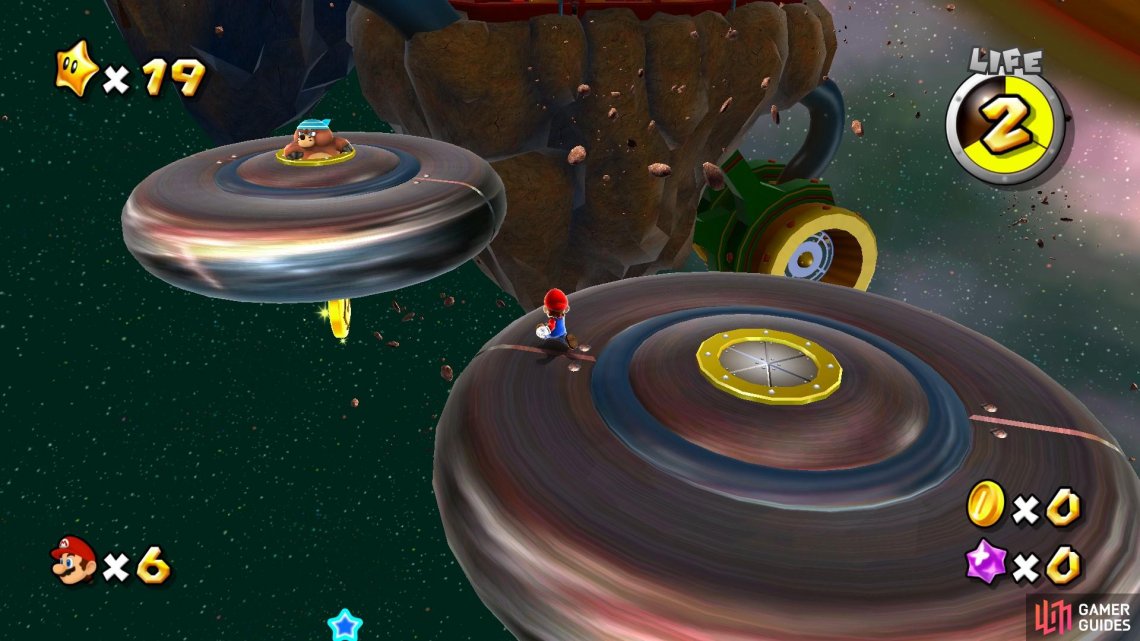 Monty Moles will hide underground if you’re too close!

Like most of the bosses, Topmaniac will have three phases. During the first one, there will only be the Topmaniac and a few Topminis. You’ll first need to jump on top of the Topmaniac to incapacitate it briefly. You can’t spin into it first as it has spike defences. When it’s temporarily down, you’ll need to spin it into the electrical barriers to the sides. 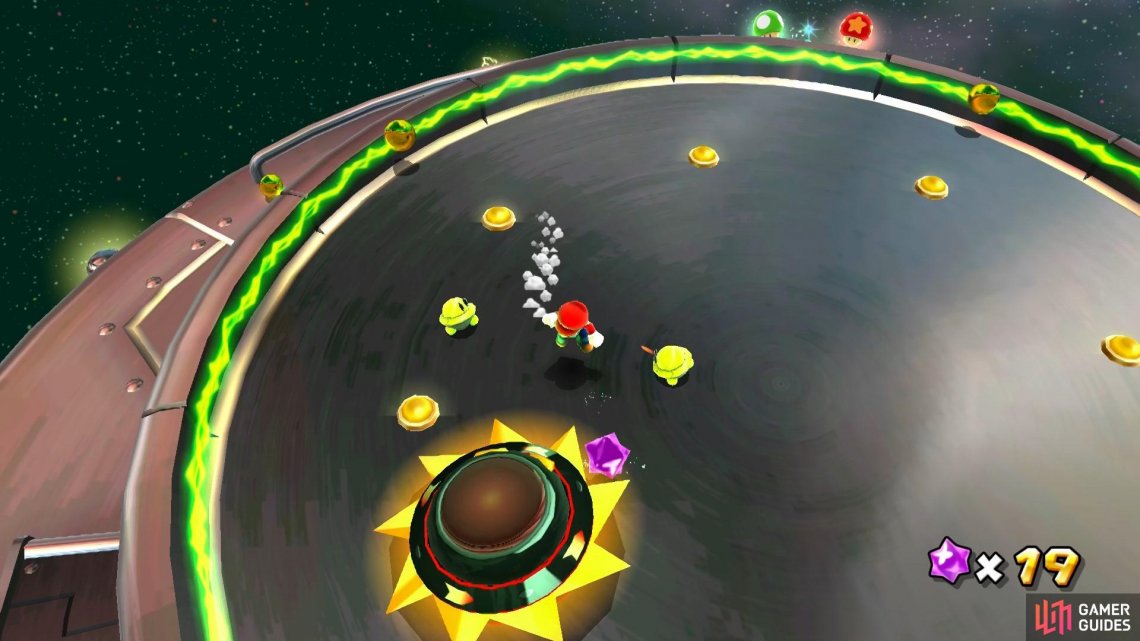 Jump on the Topmaniac, but watch out for its spikes!

The second phase is very similar, except there are a lot more Topminis about. Repeat the process again to damage him some more. During the final phase, a couple of Spikey Topmen will spawn to make the fight a little tougher. If you can, just ignore them and focus on the Topmaniac to defeat him. When he’s defeated, a Power Star will spawn.