The best level in Bianco Hills for the 100-Coin Shine is Episode 8 - The Red Coins of the Lake, as you don’t have to worry about any pollution and there are a good number of coins to be gotten from the various flowers. There are enemies called Sanbo Heads, which disguise themselves as flowers, but pop up and attempt to ram into you. Normally, jumping on these Sanbo Heads will grant you a single coin, but if you manage to push them into a wall with FLUDD, then they will yield three coins. 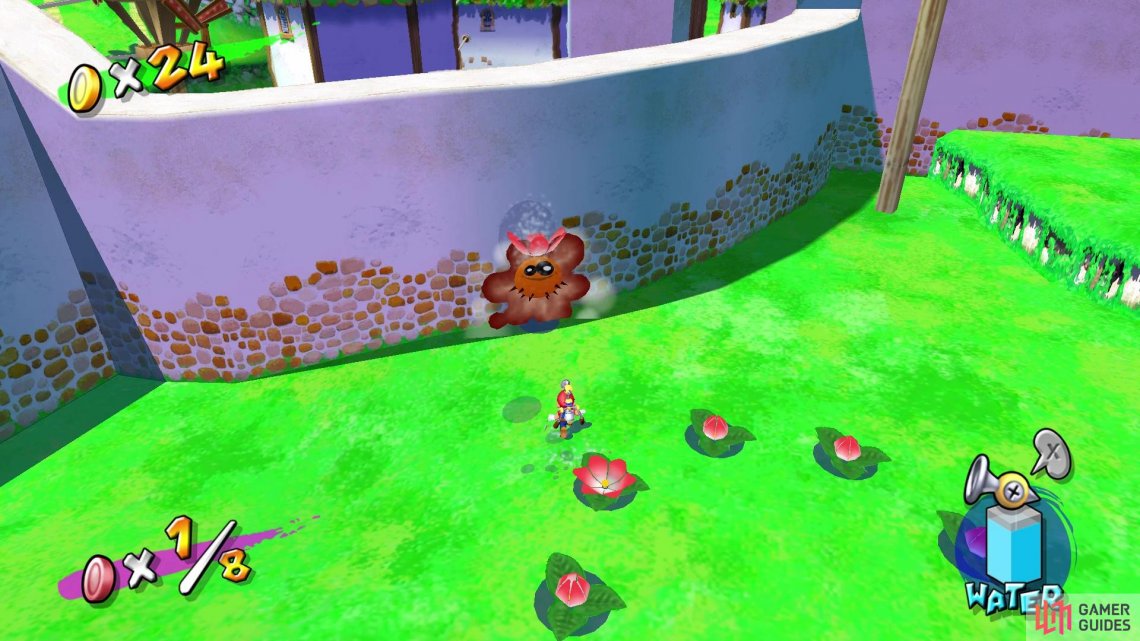 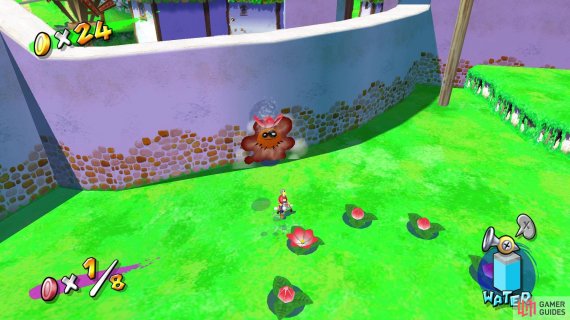 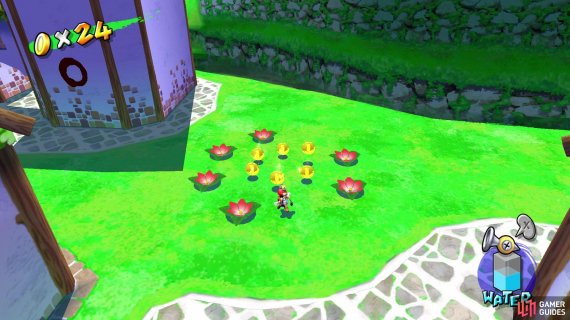 Knock the Sanbo Head into a wall to get three coins (left), Open up all the flowers in a ring to get a lot of coins (right)

The coins dropped from enemies/objects will disappear really quickly, so it’s important to grab them as soon as they show up.

One will be right by the abundance of trees just past the wall, while the other will be across the river, by some logs sticking out of the water. That will add another four Sanbo Heads (56), as well as another two flower rings (68). The tops of the trees themselves will have a single coin each and for those without one, you can spray the center of the tree to spawn a coin. Note that the one tree houses a Blue Coin, which does not count towards the total normal coin count. For the Seedy Pod enemies, stun them with water from a distance, then jump on them. 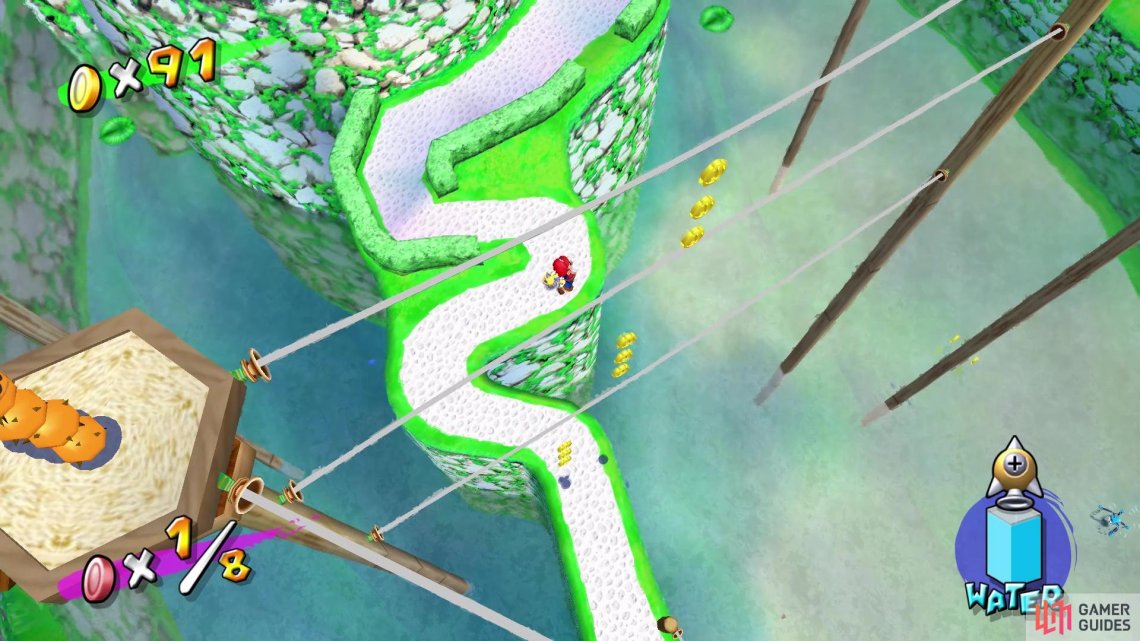 From all of the trees and enemies on the trees, you can get another ten coins (78). Head on over to the wires, where all of the Red Coins are located. In fact, start from the rope by where the red box is located, as that is where you will begin finding normal coins on the ropes (grab the Rocket Nozzle while you’re there, as you might need it). You should be able to get a good amount of coins here, around nine from the ropes starting from the location above (87). Look for the column of lined-up ropes, which will have another eleven coins between them (98). For the final set of coins, you will find four sets of four coins each on the lake’s surface, around the tower (114). The Shine will spawn on top of a platform near the wall.