This page offers an overview of Bowser’s Dark Matter Plant, which is the Boss galaxy of the Bedroom dome. It requires 33 stars to unlock the galaxy. 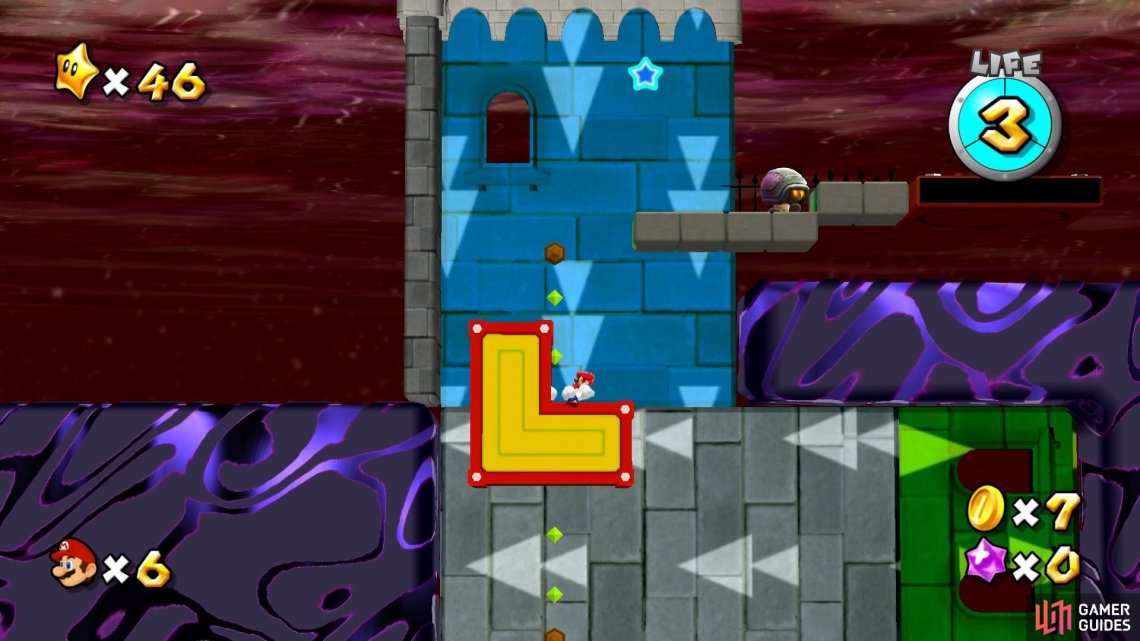 The goombeetle will be awaiting you at the end of the gravity rooms.

Bowser attacks in a variety of ways, and the different attacks can be found listed below: 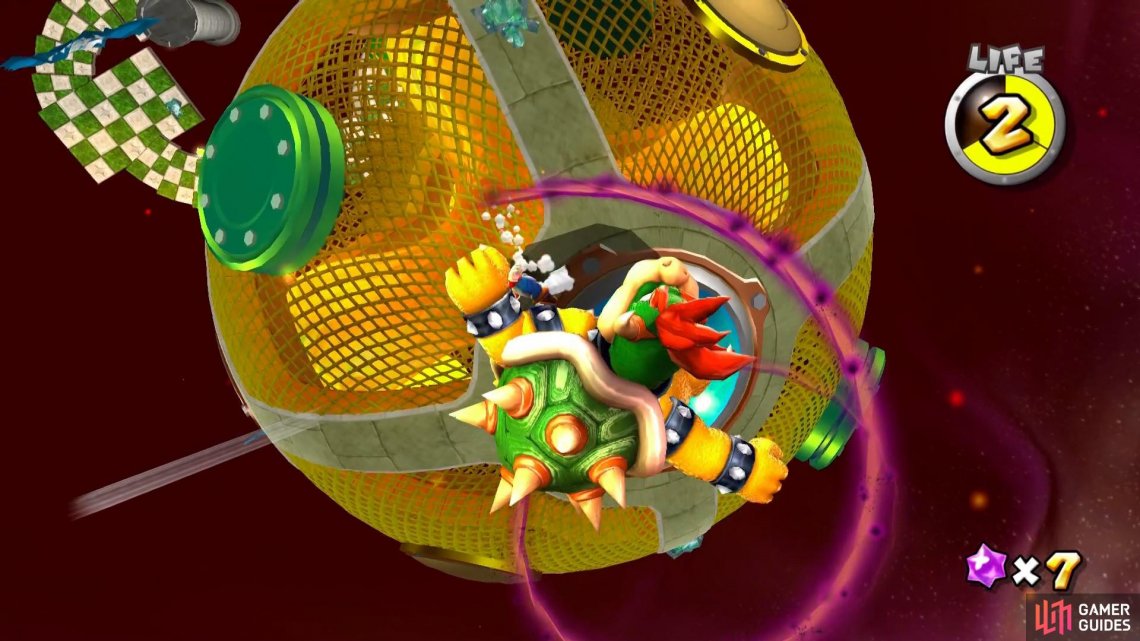 The Dark Spin attack is a new addition to Bowser’s attack moves.

This lava will damage Bowser causing him to run away from Mario. You will need to run around the planet in the opposite direction to catch him, as you won’t be able to chase him in the same direction he is running - he’s too fast! When you catch him, spin attack quickly to incapacitate him. This will cause him to spin around the island in his shell. Do the same thing as before and run the opposite direction to where he is headed so you catch him on his path. Spin him again to damage him. If you don’t catch him in time during either of these phases, you will have to repeat the process again.