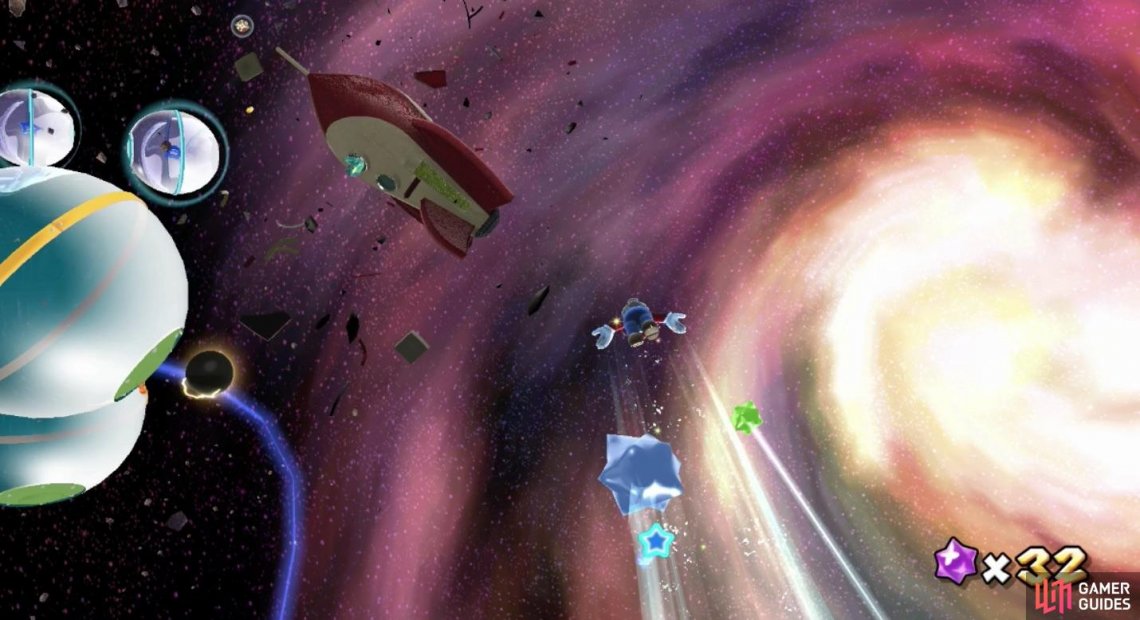 Your goal during this level is to use Pull Stars get to different planets and reach the platform with the Toad Brigade, who are trapped in crystals.

This section offers a list of all the new enemies in this level. 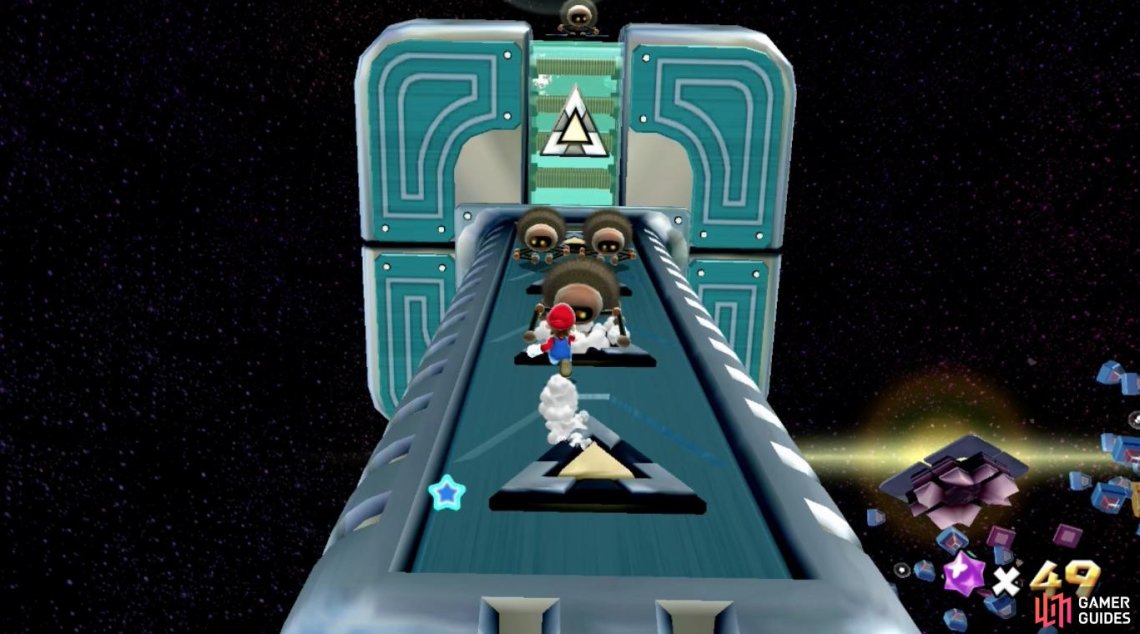 Like my most Spiders, Spoings aren’t too tough to deal with.

The aim of this level is to traverse several airships to face Kamella on her own personal airship. 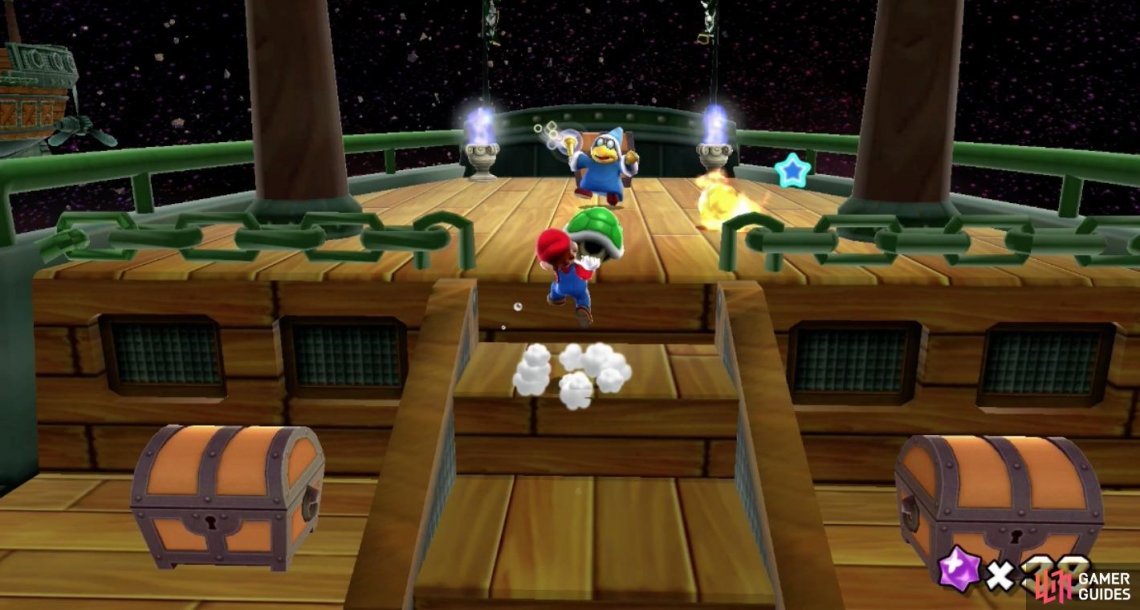 Even the Magikoopas aren’t immune to the devastating green shells!

Kamella will begin shooting fireballs at you, similair to those of the Magikoopas. Along with the occasional spell that will turn into a green shell once it makes contact with a surface. To inflict damage you need to use the green shells that appear by throwing them directly at Kamella. After the first hit, Kamella will spawn two Magikoopas who will also start shooting fireballs at you. You will need to hit Kamella three times to win! 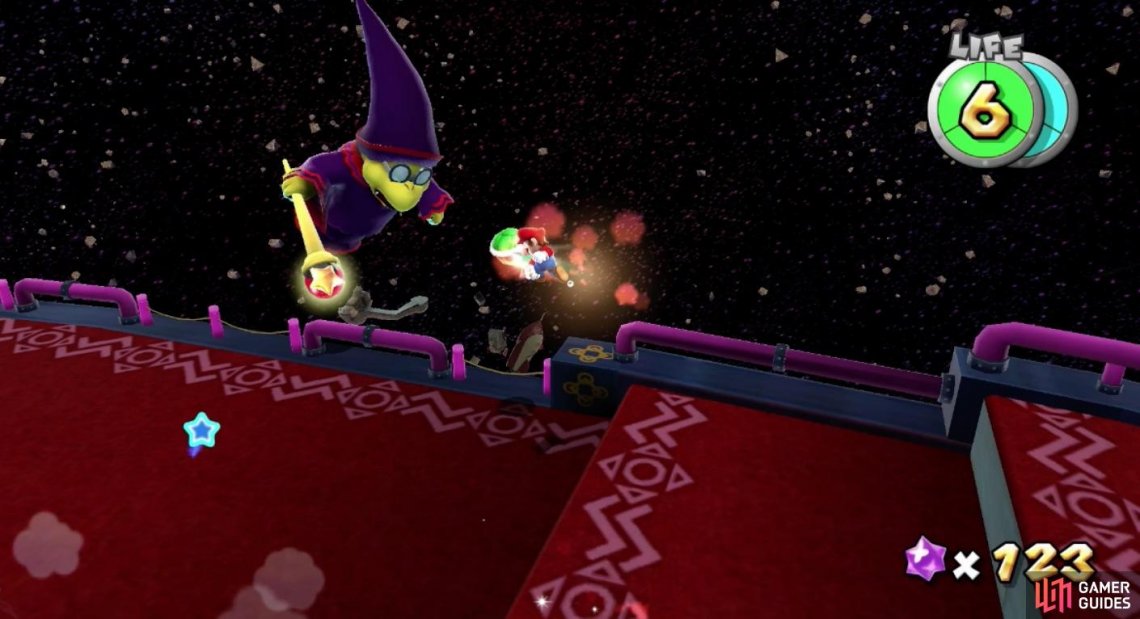 Kamella will try and stop you with her magic!

Your aim in this level is to make your way to Tarantox’s planet and shattering the silk spider egg and defeating it.

This level is actually a hidden Power Star and can be obtained during a playthrough of Tarantox’s Tangled Web. The goal of the level is to clear the new born planet of the Goomba infestation. 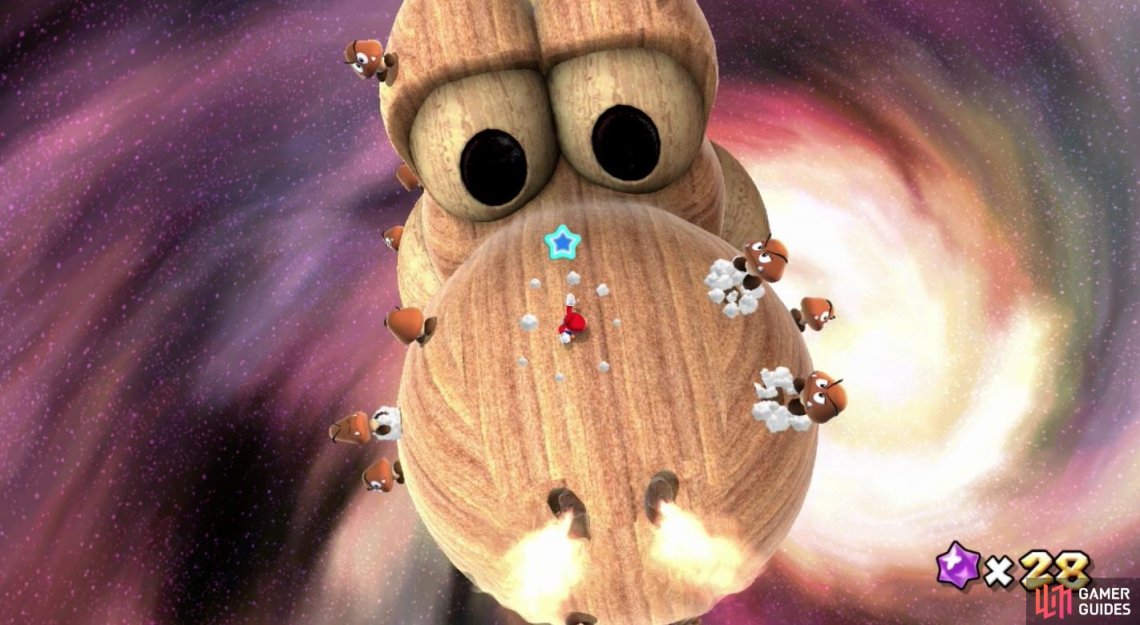 The Goombas have strength in numbers!