This page offers an overview of Honeyhive Galaxy. Honeyhive Galaxy is located in the Terrace dome and is the second galaxy that you’ll unlock in the dome, since it only costs three Star.

Whenever you do a different star, the galaxy will alter or new planets will be available. Each star challenge will have its own section with a guide on all of the enemies in that level. There will also be a note on the Bee Mario form, which is available in some of the levels in this galaxy.

This section offers a list of all the enemies in this level. 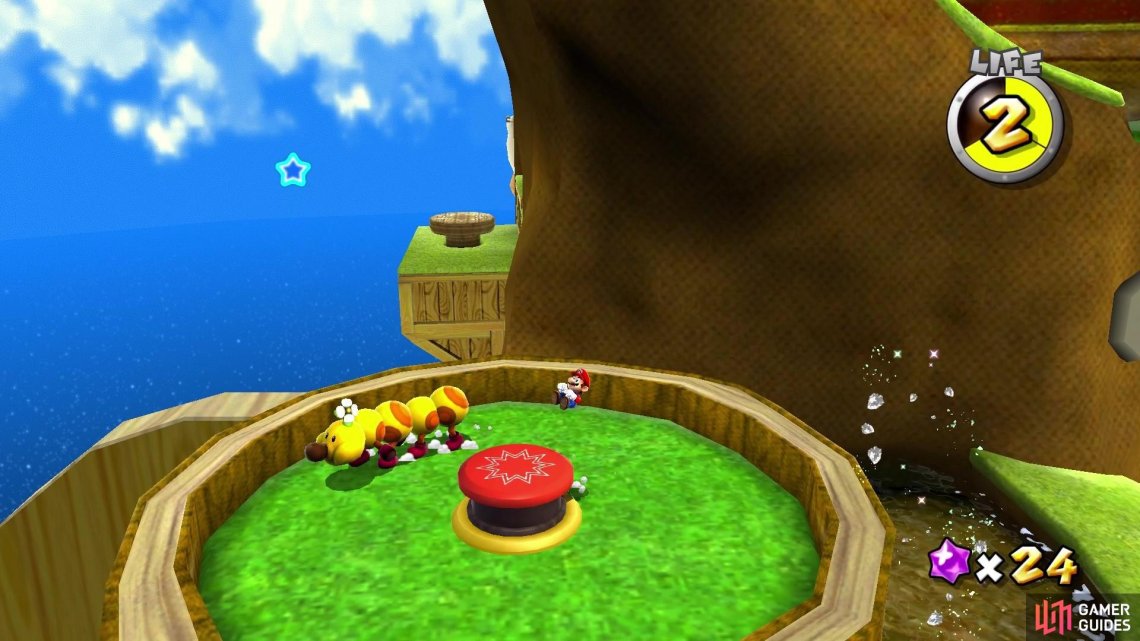 Wigglers get angry if you jump on their heads!

Trouble on the Tower

During this level, you’ll have access to 4 different planets. The goal of this level is to help the Bees take back their Observatory from the Mandibugs. 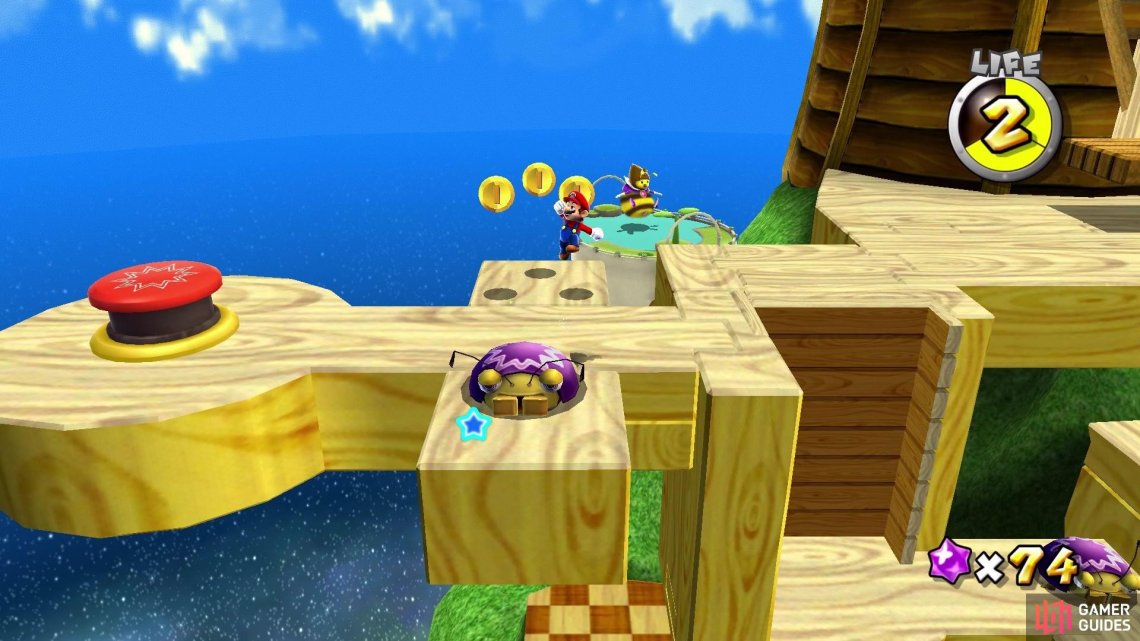 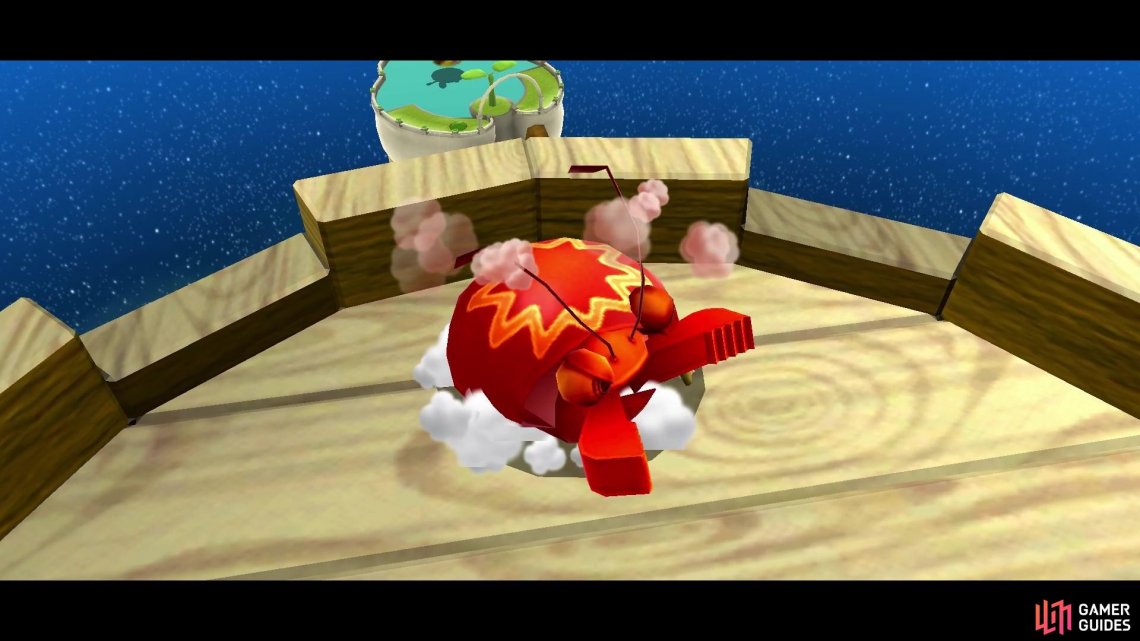 The Mandibug Mini Boss goes red when he gets angry!

During this level, you’ll have access to only 2 planets. Your aim is to defeat the big bad Bugaboom boss. 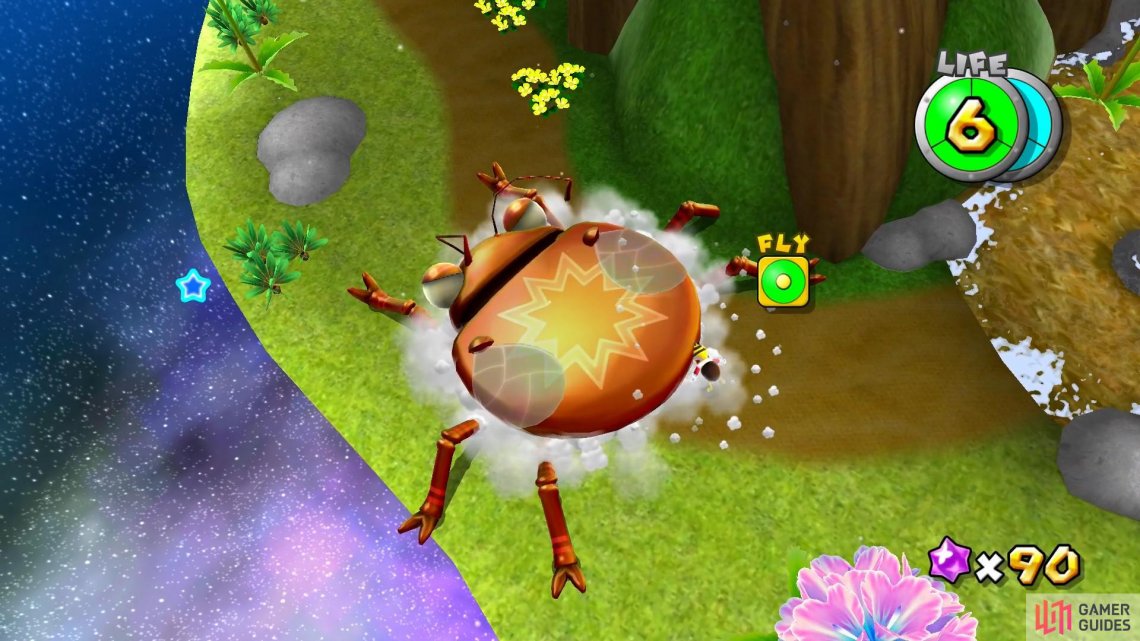 Groundpound the Bugaboom three times to earn a power star.

Bee Mario is available during Bee Mario Takes Flight and Big Bad Bugaboom. When Mario walks into a Bee Mushroom, he will transform into Bee Mario. Whilst he is Bee Mario, you’ll be able to fly by holding or tapping A/B. You only have a limited amount of flight power, so you’ll have to be careful not to run out. Once you land, the flight power wheel will recharge. Mario will lose his Bee form if he touches water, so make sure to avoid waterfalls and fountains throughout these levels.

Flipbugs will also become hostile to Bee Mario, whereas usually they would be scared of normal Mario. Bee Mario can also climb up honey-covered hexagons. 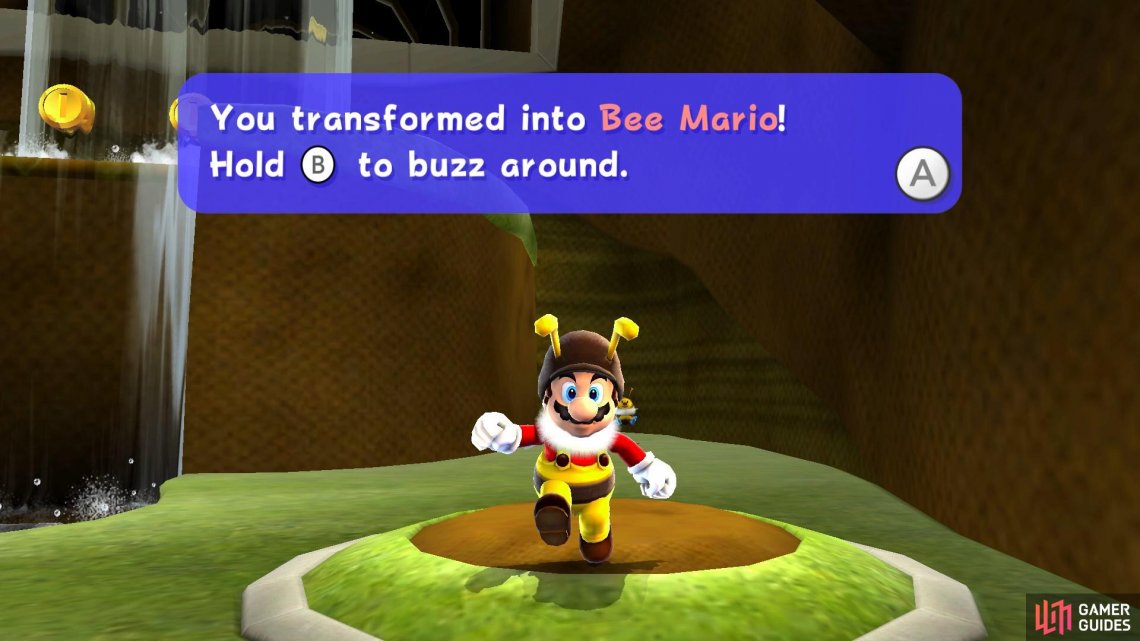 Bee Mario can fly for short amounts of time!

The guide for Super Mario 3D All-Stars offers a walkthrough for all three Mario classics, guiding you on how to gather every Star!

An in-depth look at Mario - Details on all of Mario’s abilities for each of the titles.