This page offers a guide on how to collect all 8 Red Coins in Red Coins in the Cannon, the ninth episode in Pinna Park. This is a secret episode and can be accessed by re-entering Episode 2: The Beach Cannon’s Secret.

You’ll need to throw three bombs at the Monty Mole to defeat him, and then you can use the cannon to take you to the next section. 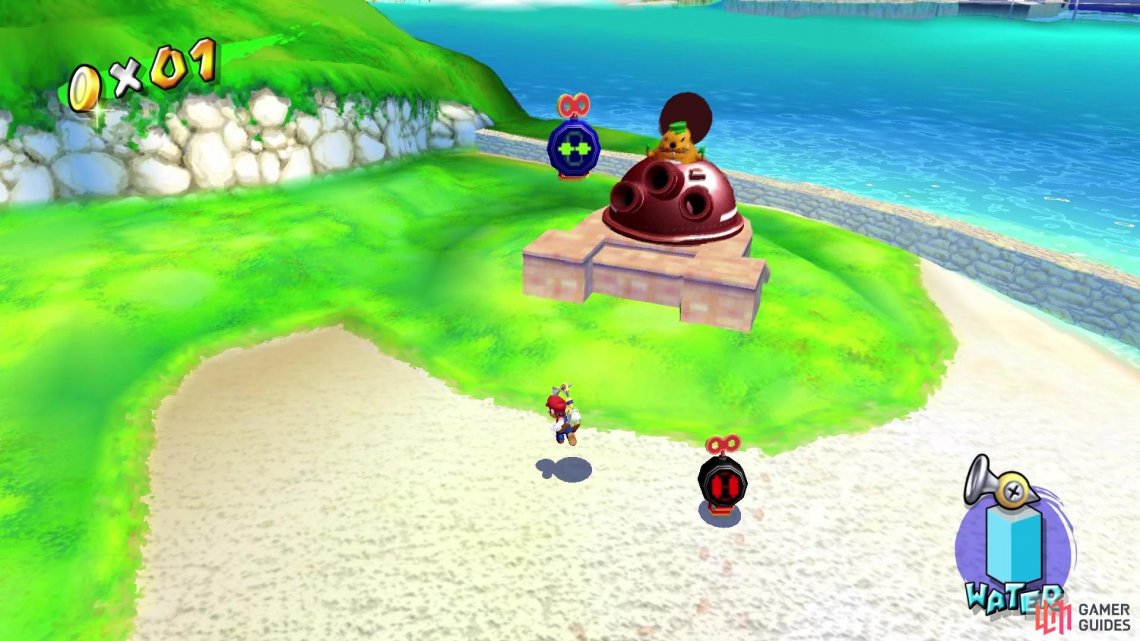 Spray water at the bombs then throw them back at the Monty Mole!

To activate the red coins, you’ll first need to ground pound the big red button. You’ll then have one minute to collect all eight red coins. The first 6 coins are found just up ahead above the disappearing green blocks. Luckily this section is much easier now that you have FLUDD back, so you can use the hover function if a block disappears beneath you. You should aim to get the first 6 coins in about thirty seconds.

Next, you’ll need to hop up to the higher platform using the orange trampolines. Remember, use your hover function to stop yourself from falling off platforms if you need it. The 7th coin is on the platform above the trampolines. The 8th coin is on the otherside of the long disappearing path. This path won’t be nearly as hard to time as last time, as you could just hover over when the platforms are disappearing and then run the rest of the way to the coin. When you get all coins, the Shine Sprite will spawn just up ahead. 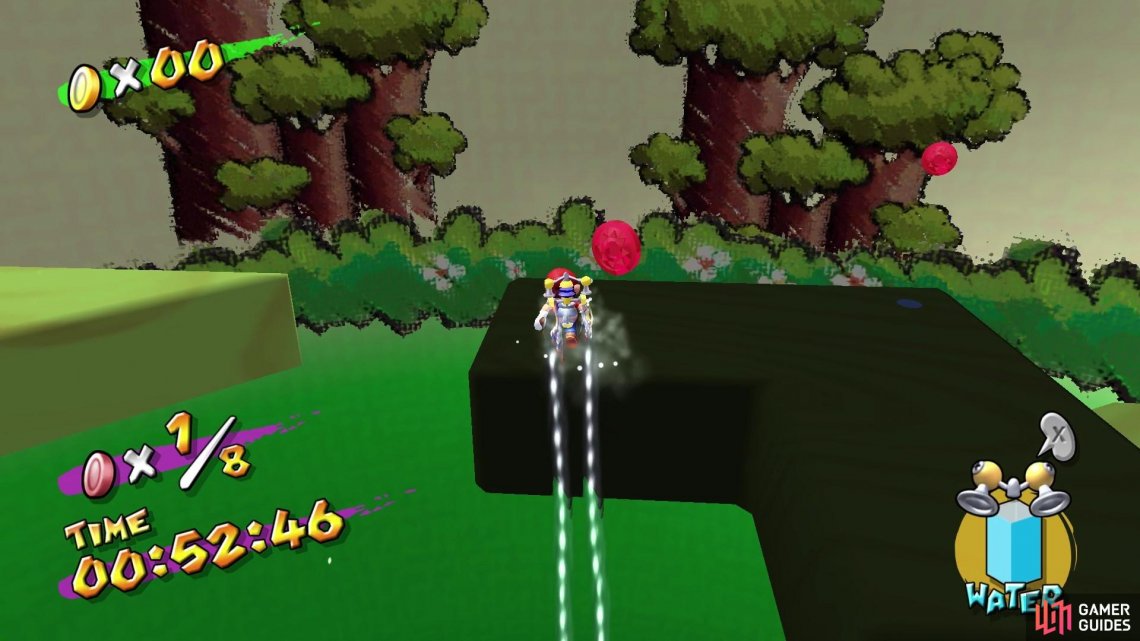 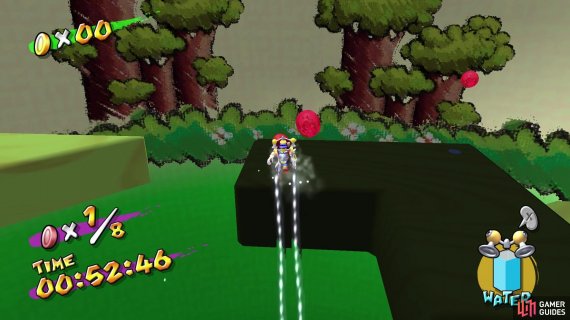 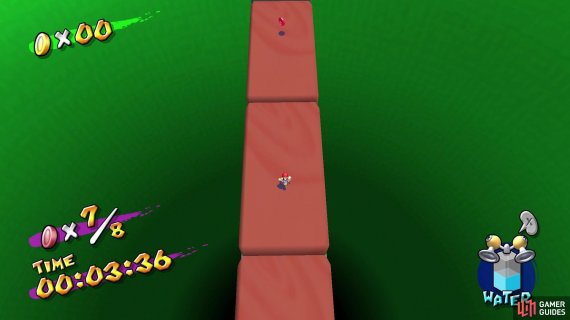