This page is an overview of Dreadnought Galaxy in the Garden dome. To unlock this galaxyy, you’ll need to have already collected 48 stars.

The goal of this level is to break into the Dreadnought but you’ll need to watch out for the Eye Beamers that are “keeping an eye out”! 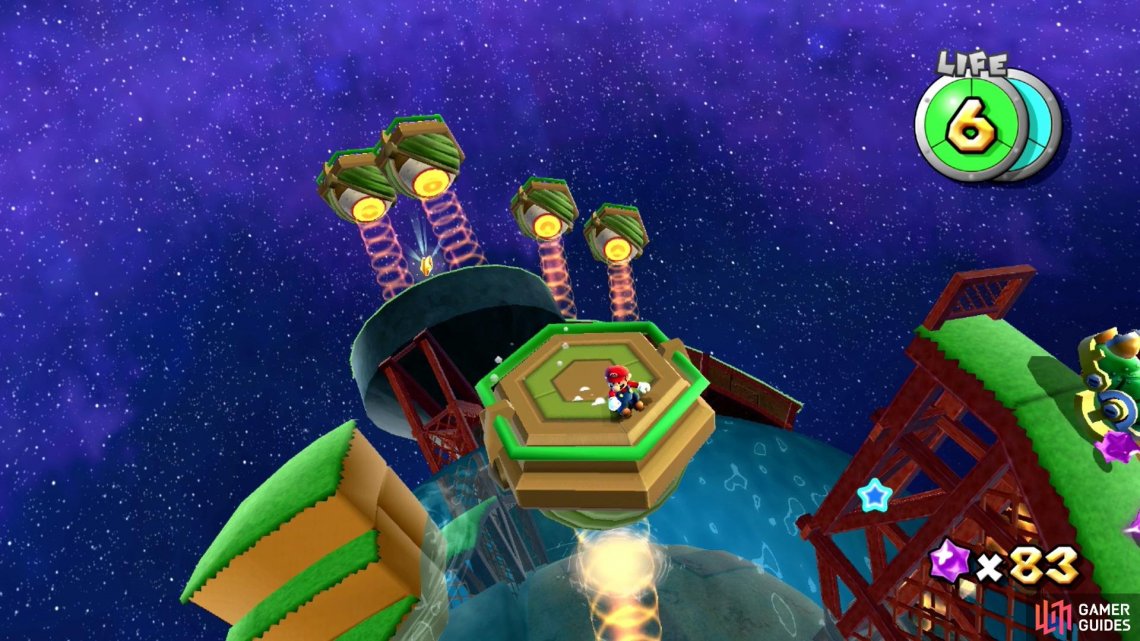 The Eye Beamers can be used as moving platforms to help you reach other places.

During this level, you’ll need to perform an array of activities to reach the power star. One of which includes riding a platform past cannonball blasters and electric rails! 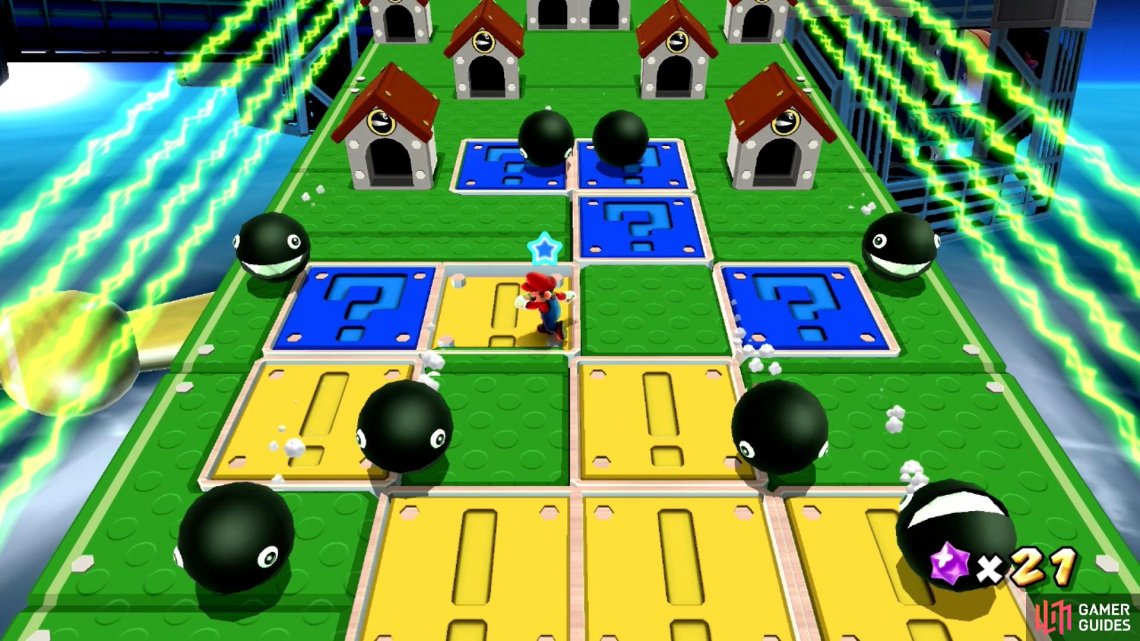 Wanwan will spawn from there little houses and wont stop until you flip all the switches!

Revenge of the Topman Tribe¶

During this level, you’ll need to defeat the Topmaniac (again!) to earn a Power Star. This fight is very similar to the fight in Topmaniac and the Topman Tribe, so you shouldn’t have too much difficulty! 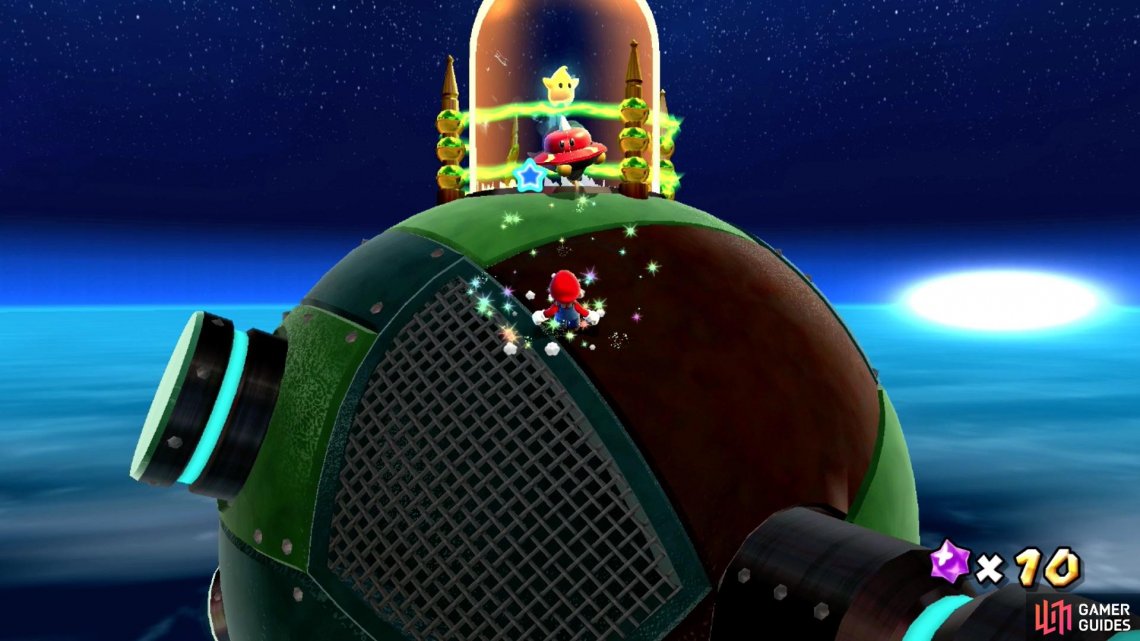 You can knock the Spikey Topman by spin attack or shooting a Star Bit.

When you get into the arena, Topmaniac will descend and spawn two Spikey Topmen. Topmaniac will begin to start spinning with with blades and that’ll hurt if you touch them. You need to make Topmaniac vulnerable by jumping on him so that he retracts his blades. 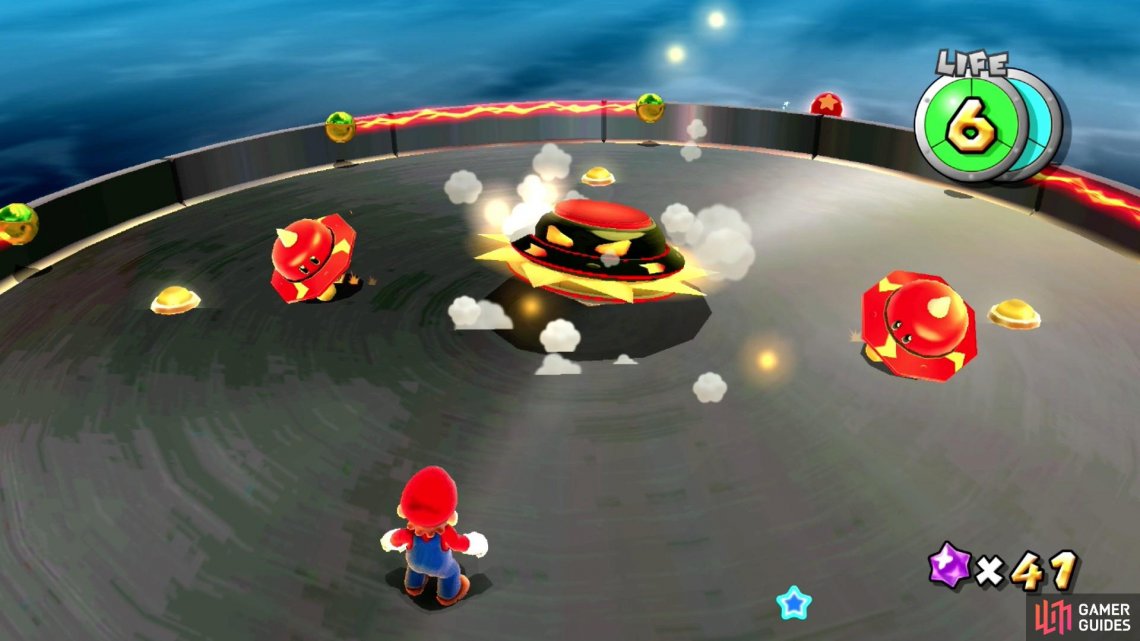 Touching Topmaniac’s blades will inflict damage on Mario so jump on him to make him retract them.

Once that’s done you need to spin attack Topmaniac into the circling electric rails to inflict damage. You will need to do this a total of three times. After the third hit into the electrical rails Topmaniac will be defeated.