Most of the Blue Coins in Noki Bay can be found during Episode 6, with only the final four being found in a different Episode.

Make your way up to the second waterwheel via the cliffside on the right and spray the switchs before leaping and hover over to the corner to find the Coin in an alcove.

Return to the cliff from a moment ago and head right, climb up one more platform and then as you climb the slope, climb on the platform at the bottom and use a Side Somersault to the right to gain height and hover over to the platform. Hover over to the spring and then begin climbing up the cliff using the other platforms until you reach a red Nozzle box. Use one more Side Somersault here to reach the Blue Coin above it.

From the previous Coin, grab the Rocket Nozzle and then stand on the platform and rocket up to get another Blue Coin in the air by jumping just before the rocket fires.

Rocket over to the left and continue your climb to the left where you’ll reach a platform with a 1-Up Mushroom. Look up to spot another platform and rocket over to it and drop down the hole here. Spray two of the vases in the alcoves here to obtain these Coins. 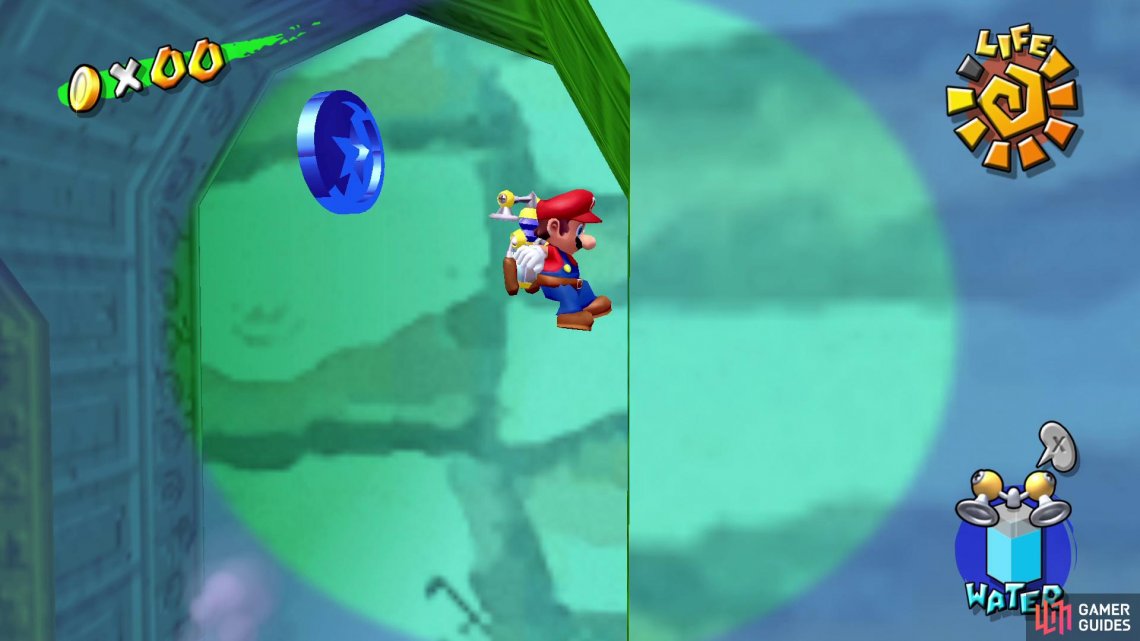 Drop out to the water here and start swimming down by following the coin trail where you’ll find this Coin near the bottom. Take care not to get caught by the fish as it will drag you away from it.

Go back and grab the Hover Nozzle and then climb the cliff once more, and drop down a platform that runs along the edge of the waterwheel and the arrow. Spray the wall to cause another alcove to open at the back and hover over to it to snag the Coin.

Return up the cliff until you reach the point that you can see the waterfall ahead and a small puddle where you can collect water. Make sure you have the Hover Nozzle and then hover over to the alcove under the cliff here to snag the next Coin.

Grab the Turbo Nozzle from the same alcove and then fall off this platform but slide against the wall to reach the alcove below it. Once in the alcove, Wall Kick up to the top to pocket this Coin.

Head back towards the cliff but as you approach it, look for the letter O sprayed on the side of the wall, spray it to reveal this Coin behind the boat shack. Once you collect that Coin, spray that letter too and return to the first wall to snag another. 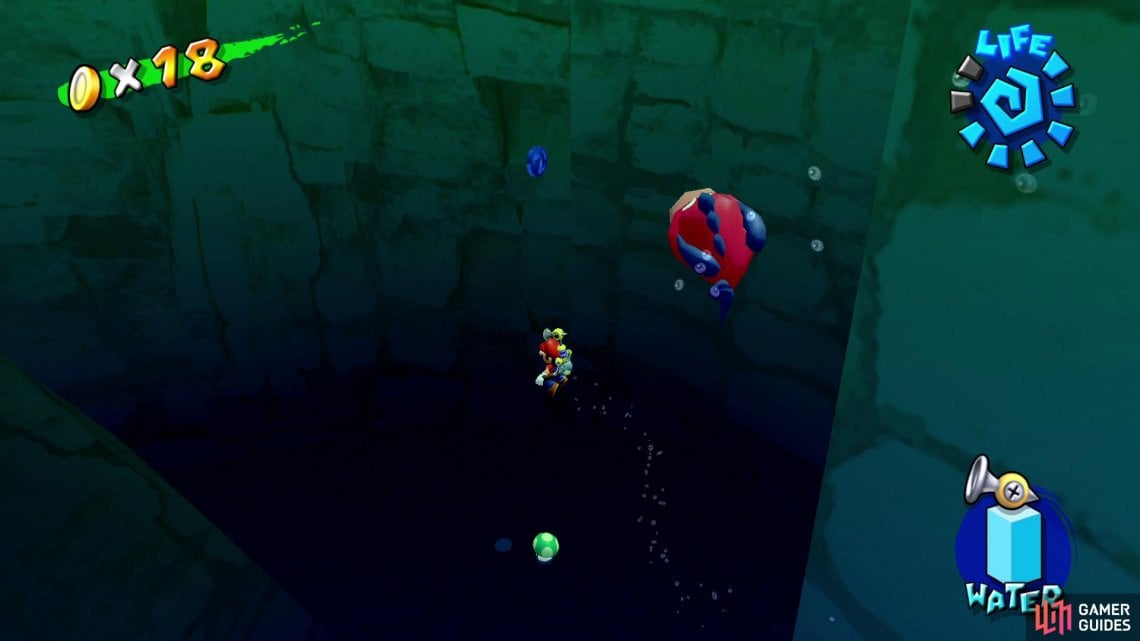 Follow the Gold Coin trail in the water at the start of the level and you’ll come across two more Blue Coins.

Head over to the cliff on the left and use the bouncing platform to reach a higher one. Look to the cliff and spray the switch to cause a path to appear and then hover straight in front to easily collect the first Coin here.

Hover around to the left of the previous Coin and then spray the next switch in front of you. From the bottom of this new cliff, Wall Kick to the first entrance on the left and head through it to the end, taking the next passage to the top of the cliff. Fall off the edge here and land on the platform against the wall here and spray the wall to reveal a hidden Coin. Drop down a bit further now and do the same, landing on another platform and spray the top switch to find the second Coin here. 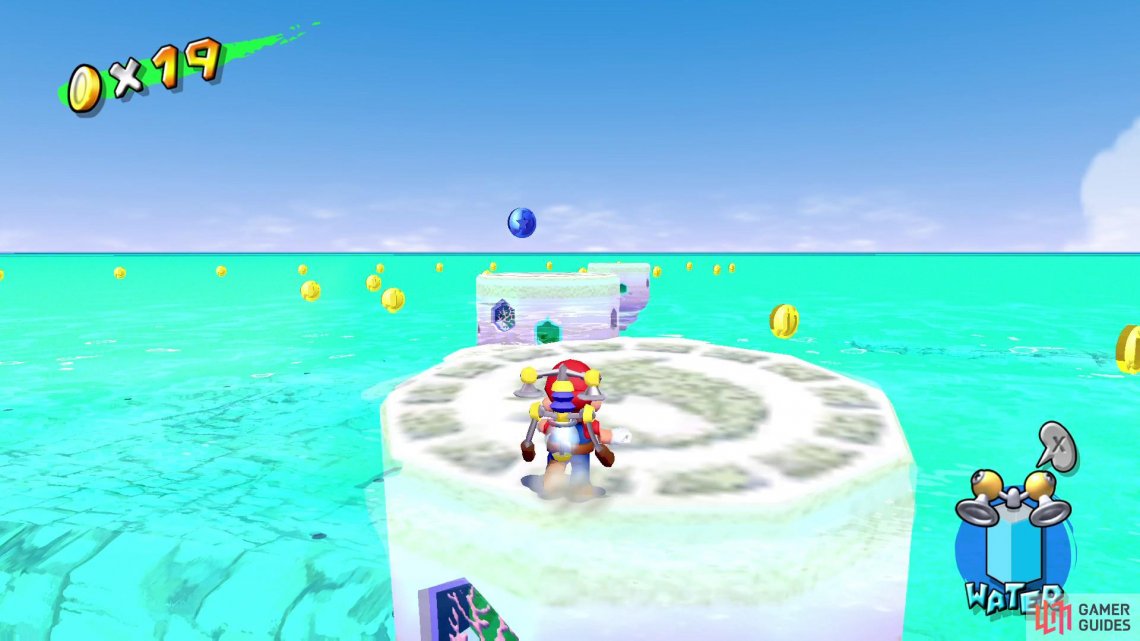