This page offers an overview of the Sea Slide Galaxy. This galaxy is found in the Engine dome and requires you to have 36 Power Stars to unlock.

The goal of this level is to follow Guppy the orca around the course. The whole galaxy consists of a circuit like area that will loop around. Guppy will leave behind eight rings that you need to swim through. Swimming through all of them will make Guppy give you the Power Star. 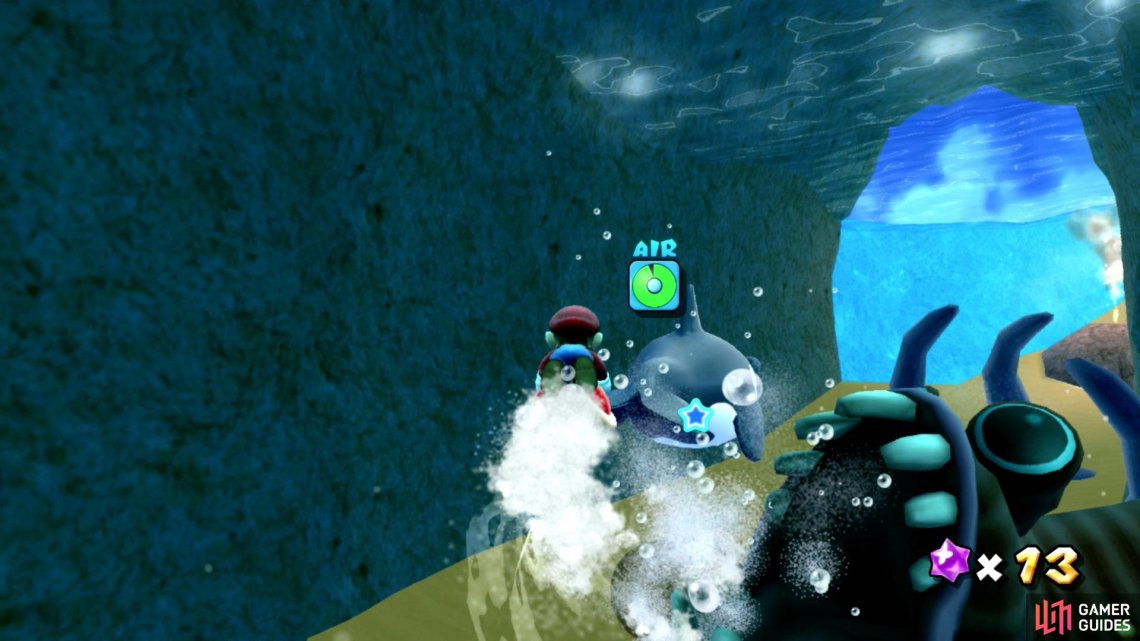 You’ll need to keep up with Guppy if you want the Power Star!

Faster than a Speeding Penguin¶

During this level you’ll need to compete in the penguin race and win to gain the Power Star. Speak to the red penguin to sign yourself up for the race and after you agree, you’ll be warped to the water and the race will begin.

To gain the upper hand and maintain the advantage, you should go for the shells that will be placed along the course. Not only do they make swimming easier and help you keep up with the penguins, the shells can be thrown at the penguins and tempoarily stun them. There are also boost rings placed on the course which you can use to secure your victory. 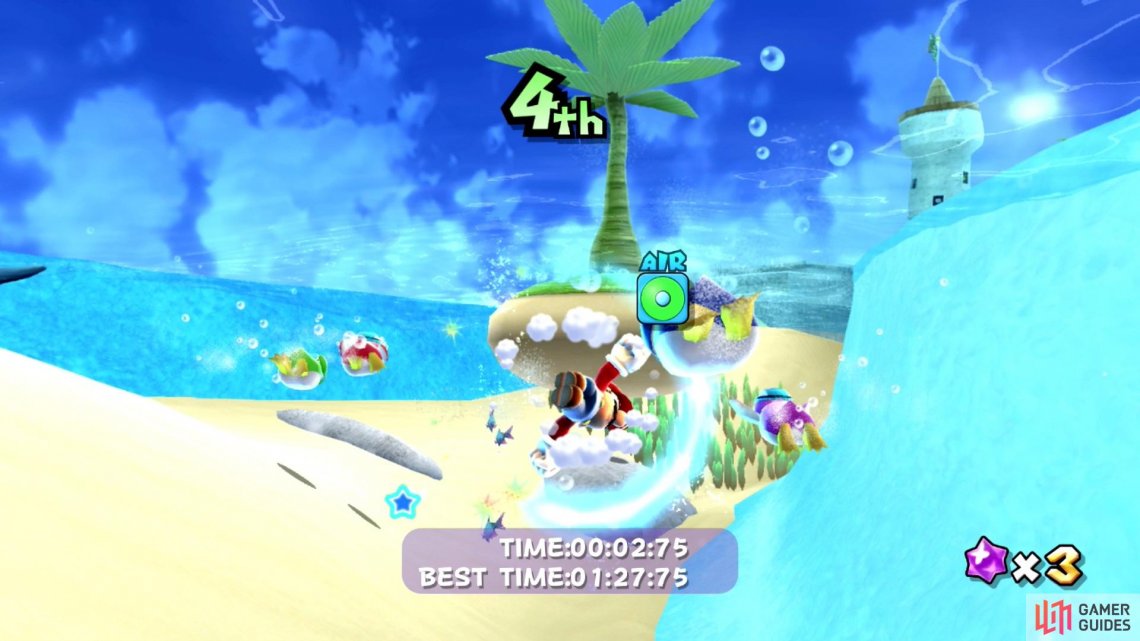 You can speed up your swimming by spinning!

You will need to come first to get the star. If you don’t you will end up losing a life.

The Silver Stars of Sea Slide¶

The objective of this level is collect five Silver Stars that are placed in different areas of the galaxy.

Throughout the level you’ll have access to the Bee Mushroom, which you’ll need to use to get to certain spots in the galaxy to get the Silver Stars. The Bee Mushroom will give you the ability to fly for a short period of time and stand on moving clouds. Bee Mario’s power will wear off if you touch water and considering this is the Sea Slide Galaxy it’s best to proceed with some caution. 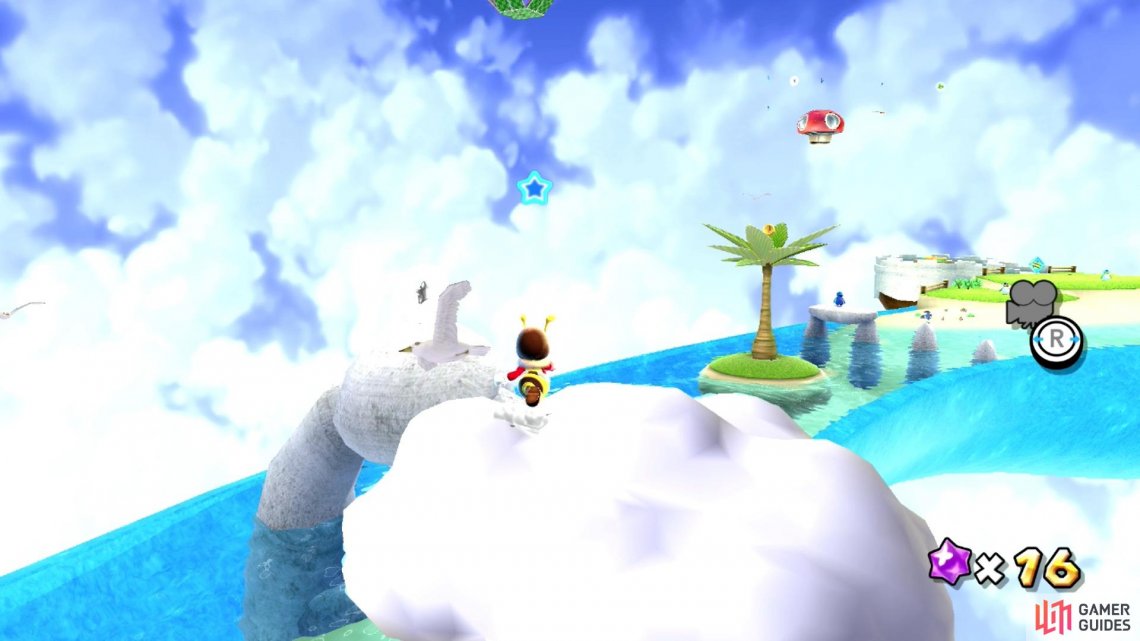 Bee Mario will be light enough to walk on clouds!

Like the title suggests, the goal of this level is to beat Cosmic Mario in another race. The race will begin on the island you land on and you will have to rush into the water and head to island with the tower. The Power Star will be behind the tower and you’ll have to reach it before Cosmic Mario. 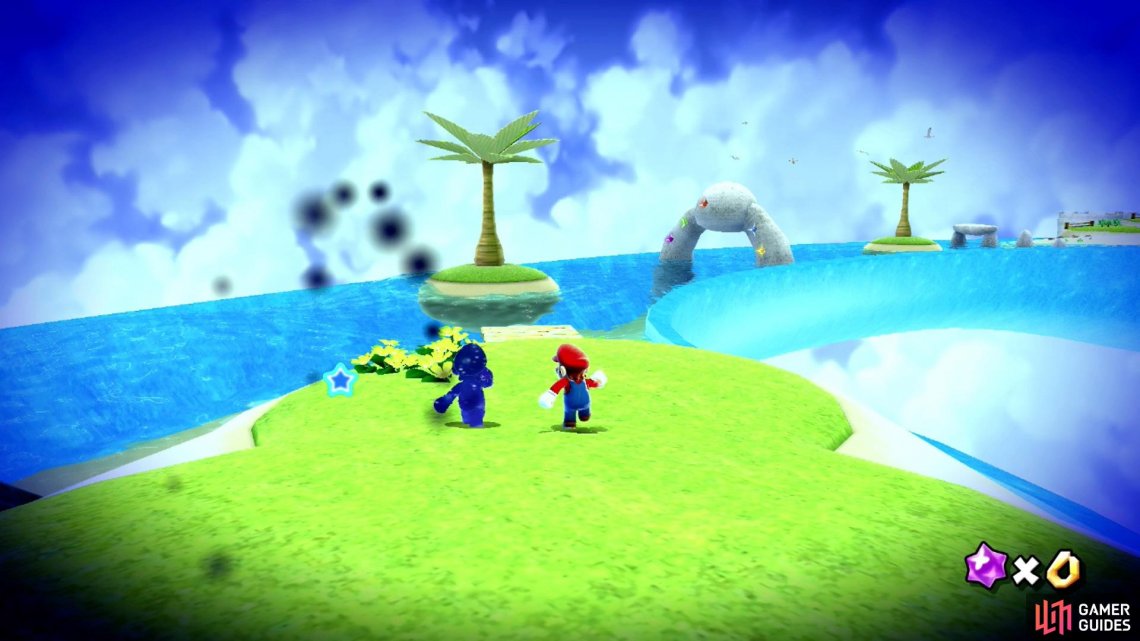 The only way to defeat Cosmic Mario is in a race!

This hidden star is found within The Silver Stars of Sea Slide. The goal of this hidden star is to feed the Hungry Luma next to the cannon and then shoot yourself onto the new planet. Once you land on the new planet, you have to collect all the music notes on the planet of shrinking tiles. When all notes are obtained the black hole at the center of the new planet will turn into a Power Star.

The enemies will be the same ones found in The Silver Stars of Sea Slide. 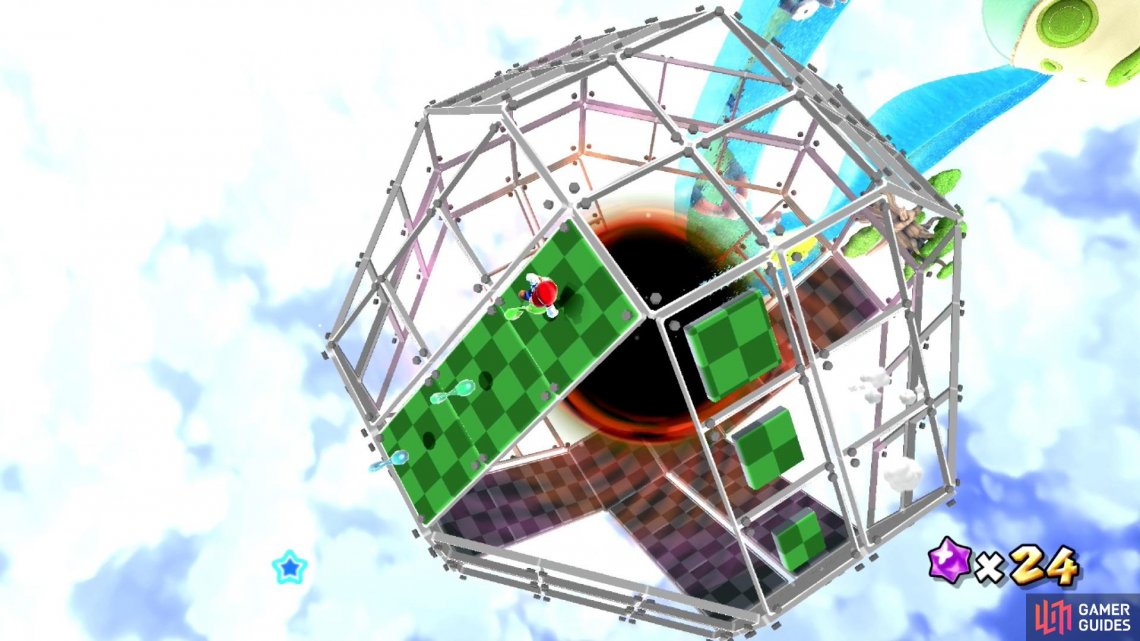 You need to get all the notes on the shrinking tiles without falling into the black hole!