This galaxy is found within the Garden dome, and requires 53 Power Stars to unlock.

Your goal in this level is to make your way through the galaxy to then climb up the sinking spire to reach the Power Star. There is also a hidden star available in this level, Burning Tide. 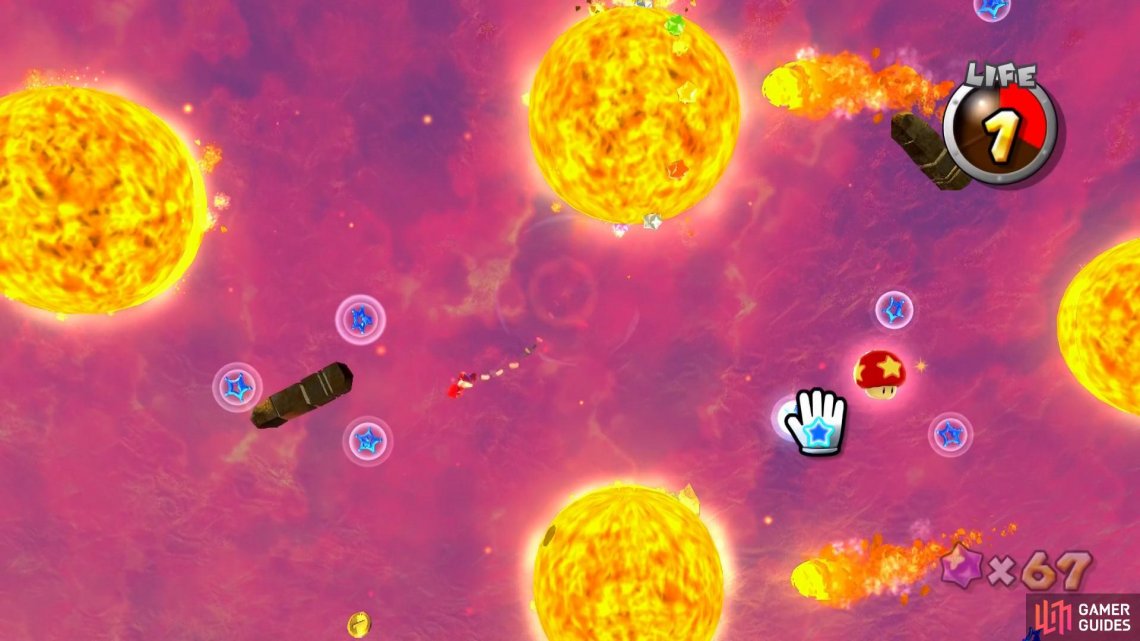 Make your way through the orbs and watch out for the fire comets! They’ll burn you!

In the final section of this level, you will need to roll on a Star Ball, like you have done in Rolling in the Clouds.

Rolling on the Star Ball¶

You will need to use motion controls to move the ball around. You can do this in handheld or docked; if you choose to play handheld then you’ll need to tilt the whole Switch console and if you’re using the Joy-Cons or a Pro Controller whilst the Switch is docked, then you tilt and move around with those instead. You can also jump by pressing A/B. You can also brake whilst rolling and bring the ball to a fairly quick stop if you tilt your controller/console inwards (or towards you). 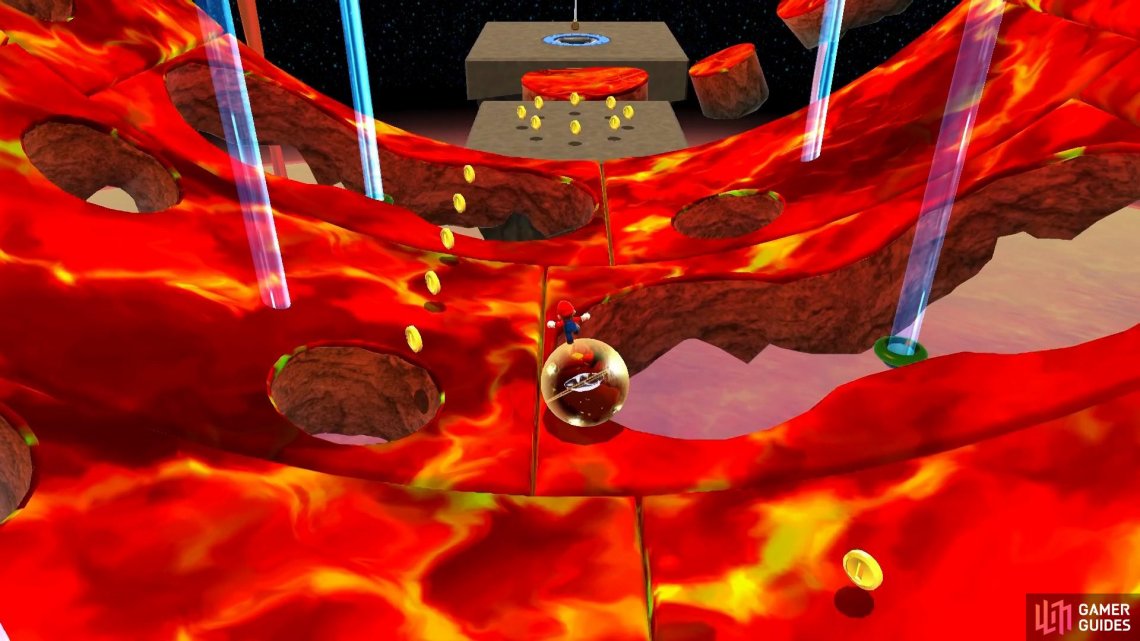 Carefully guide the Star Ball through the holes in the lava cylinder.

This level’s boss fight is a more challenging variation of Dino Piranha in Good Egg Galaxy. You’ll need to make your way through the galaxy to reach the Fiery Dino Piranha’s planet. 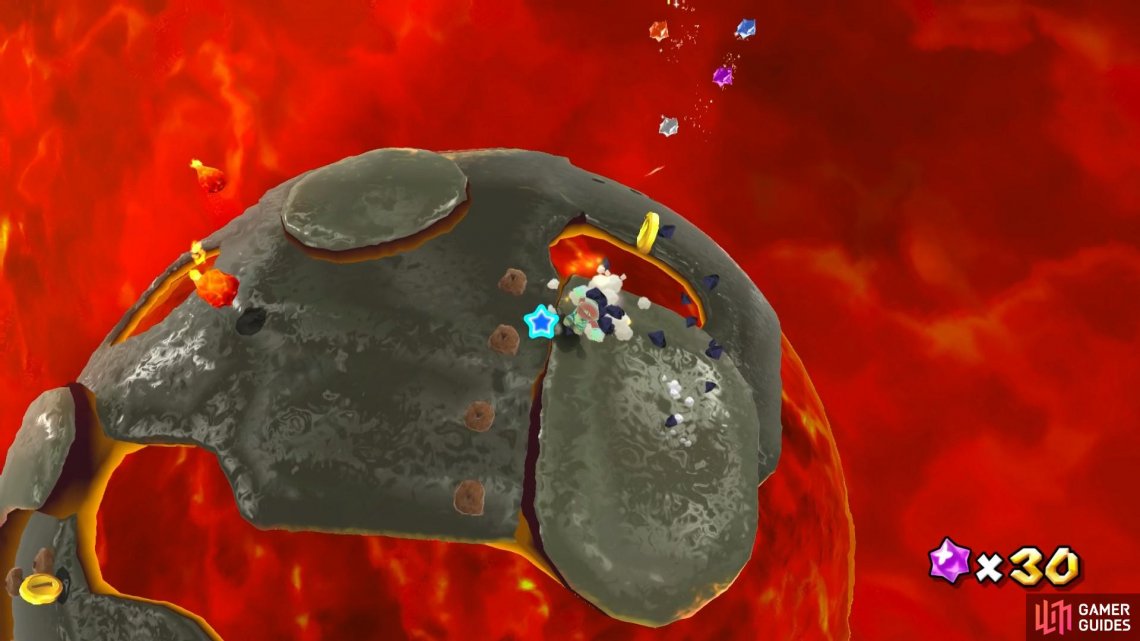 Defeat all of the li’l cinders to spawn in a Launch Star. 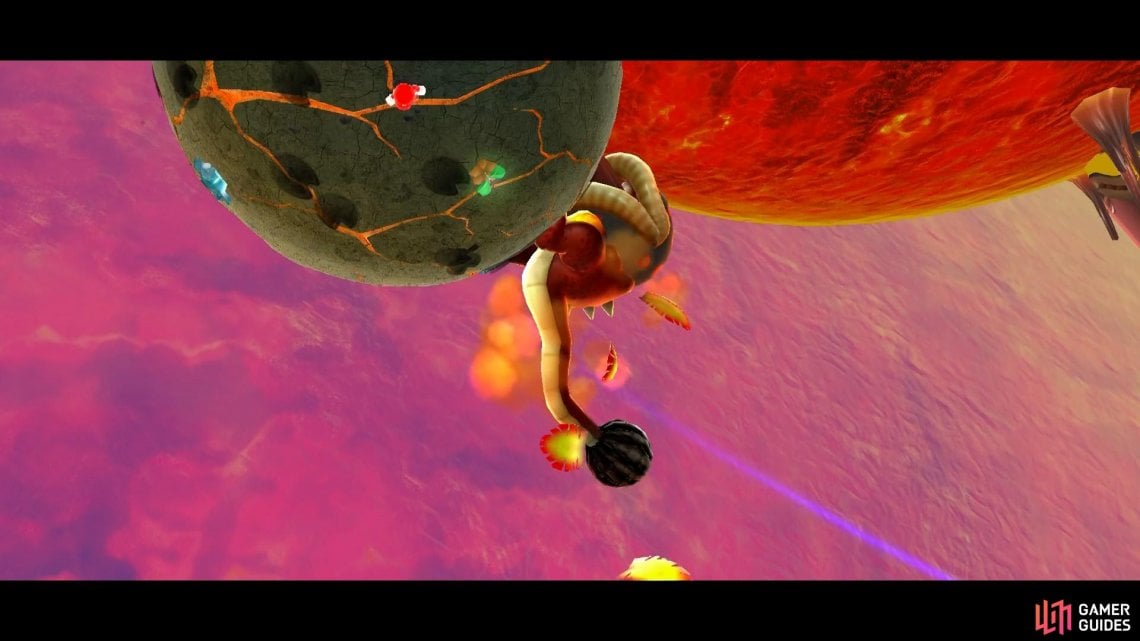 Spin attack the tail to damage the Fiery Dino Piranha.