The Whomp King is finished, which means that the landscape of Whomp’s Fortress should have changed in some manner. In fact, you’re not going to see much difference, except for the very top of the fortress. Here, a tower has been erected, replacing the flat battleground where the epic battle between Mario and the Whomp King once took place two minutes ago. There’s not much change in reaching the top of the fortress here, so you can pretty much follow the walkthrough given for Chip off Whomp’s Block. Once you reach the base of the newly erected tower, things will change a little bit. 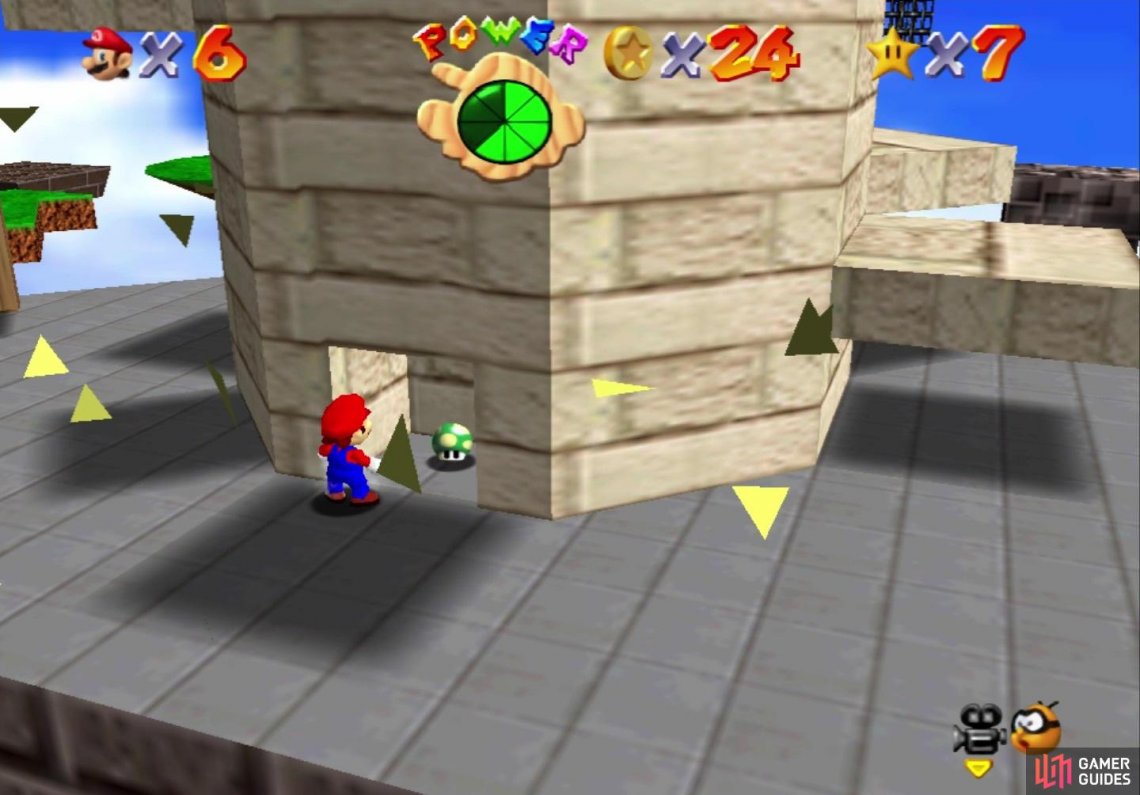 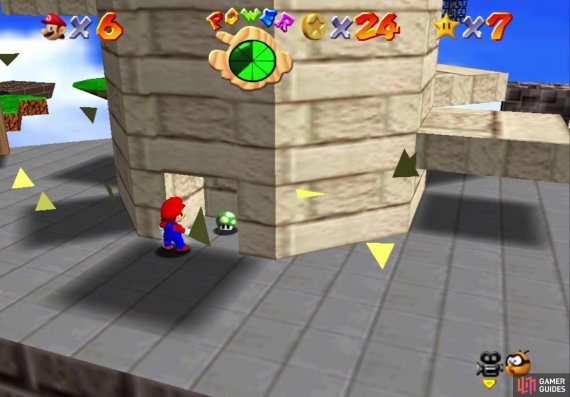 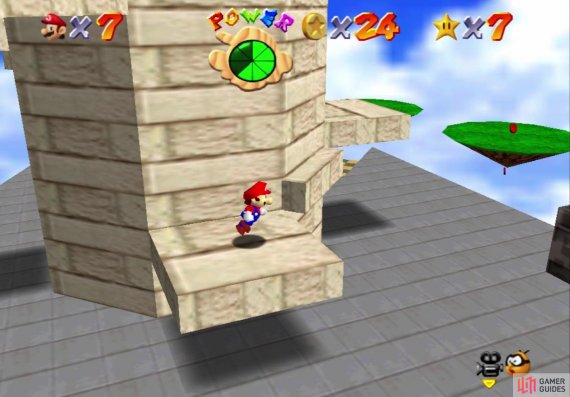 Punch the base of the tower here to reveal a hidden 1-Up (left), Some of the platforms will be moving in and out of the tower (right)

You will probably notice Bullet Bills being fired from a cannon, with these things tracking you until they hit something. You cannot defeat the Bullet Bills, though, so it’s best to just ignore them. There will be platforms jutting out of the tower, some of which are actually moving in and out of the structure. So, you will need to a little bit of waiting on the static platforms, if the moving ones are inside of the tower. The final platform looks static, but it begins moving upwards, to the top of the tower. Jump off at the top and circle around to grab the Power Star.