This page offers an overview of Bowser’s Galaxy Reactor. In this galaxy, you’ll find the final level of the main story. This galaxy will become available to you once you’ve collected 60 Stars and completed Darkness on the Horizon. 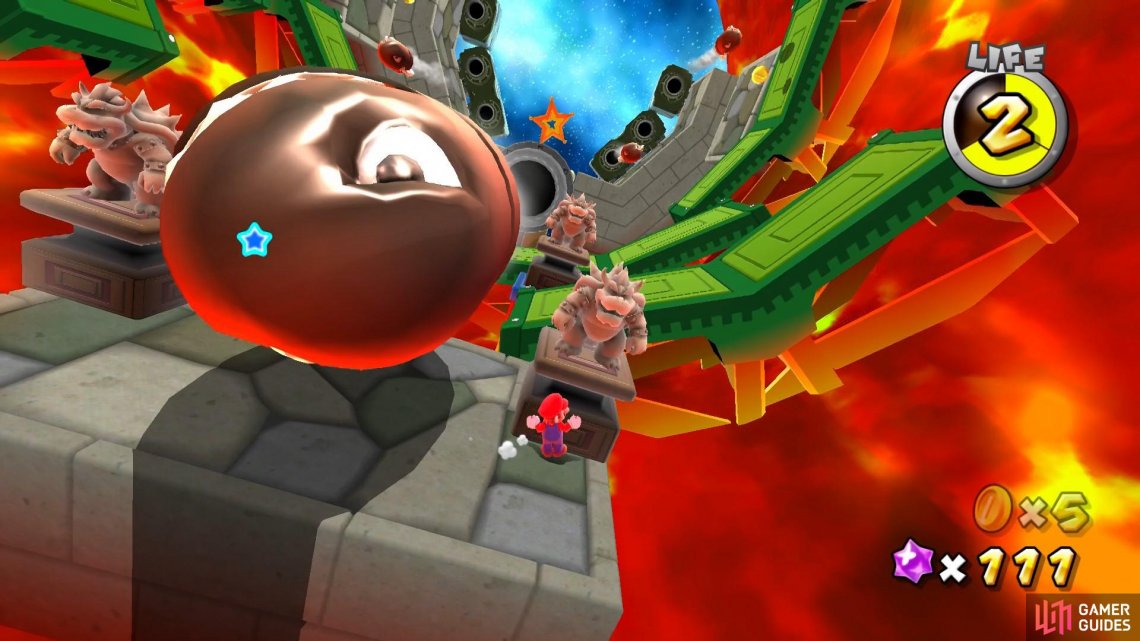 The Banzai Bill is scary, but arguably easier to avoid compared to the Bullet Bill.

Since this is the final Bowser boss fight, it is much longer than the usual Boss fights. It has three stages and takes place on three separate planets. During this boss fight, you’ll also need to be careful of Bowser’s signature attack moves: 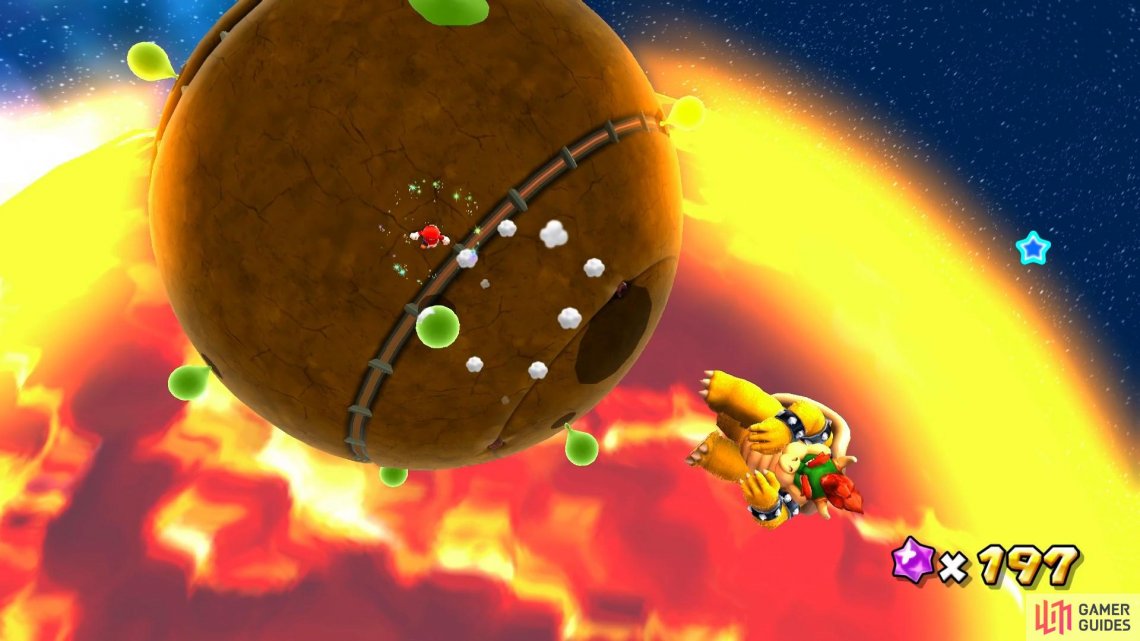 You’ll need to use the green sprouts to knock Bowser’s spinning spiky shell.

After you’ve done this, you’ll drop onto a new planet, where you’ll begin the final phase of this level.

This fight is identical to the previous Bowser boss fights in other galaxies. You will need to get him to groundpound on the blue domes so he burns himself in the lava beneath. Once more, you’ll need to watch out for his fiery balls and his laser rings. When you’ve successfully managed to get him to burn himself in lava, catch him as he’s hopping around with a burning tail and spin attack him. Then, run the opposite direction to where his shell spins to catch him on the otherside of the planet. Spin attack him again to deal some real damage. You’ll need to perform this process twice to defeat him for good. When you’ve gotten him to burn himself the second time, you’ll need to spin attack him three times to damage him.