Gold Leaf Galaxy is found in the Engine dome and requires 34 stars to unlock. During a couple of these levels, you’ll

Star Bunnies on the Hunt¶

In this level you need to reach the Star Bunny’s planet so you can chase and catch it.

During this level you’ll need to use your Bee Mario powers and cataquacks to make your way across the planets to get to the Power Star. 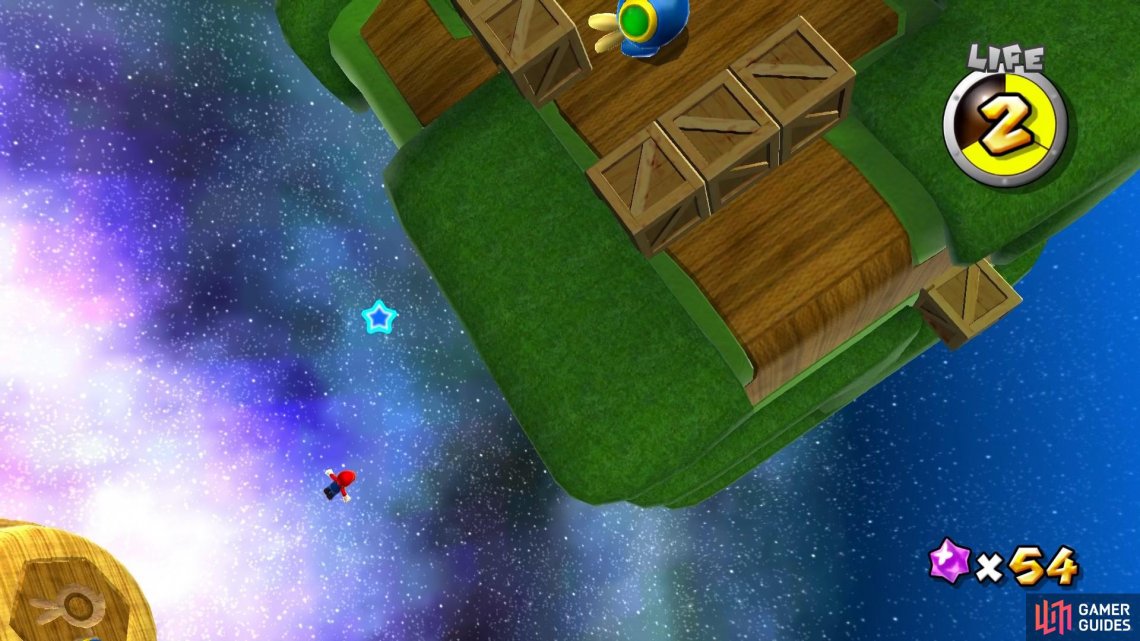 Cataquacks won’t hurt you but they might launch you into bad places.

When it Rains, it Pours¶

In this level you’ll need to fight the Undergrunt Gunner who’s taken over the Observatory. 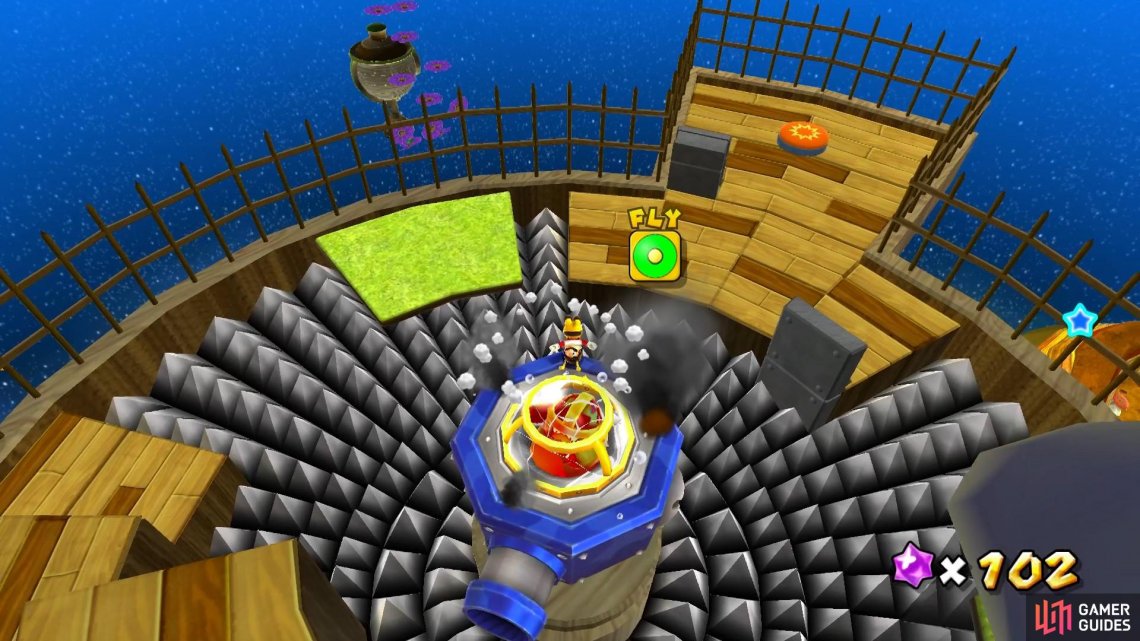 Groundpound the gunner’s glass casing to defeat him.

You’ll need to groundpound the glass of the gunner’s machine three times to defeat him for good. Each time you hit him, he’ll get angrier. During the third phase, he’ll be extra angry and he’ll shoot his bubbles at you even faster, making it trickier to avoid them.

Bee Mario is available in all of the main levels in this galaxy. When Mario walks into a Bee Mushroom, he will transform into Bee Mario. Whilst he is Bee Mario, you’ll be able to fly by holding or tapping A/B. You only have a limited amount of flight power, so you’ll have to be careful not to run out. Once you land, the flight power wheel will recharge. Mario will lose his Bee form if he touches water. Bee Mario can also climb up honey-covered hexagons. 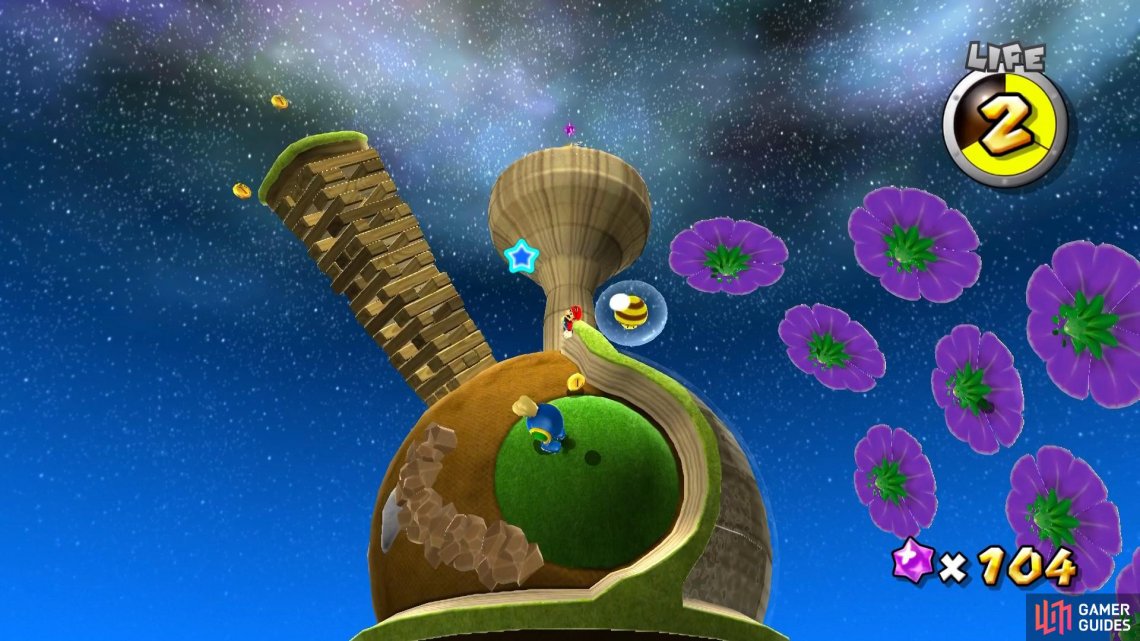 Bee Mushrooms are available in each of the main levels in this galaxy.