The following Blue Coins can all be gotten during Episode 8.

Go to the tree that looks like a Pianta and up the path will be a little veranda. You will find a blue bird either on top of it or flying around the thing. Spray it with water to make it drop a Blue Coin.

Next to the veranda from the coin above will be a bridge that connects to the beginning of the roller coaster (where you get on by talking to the NPC). On the backside of the platform will be a Blue Coin. 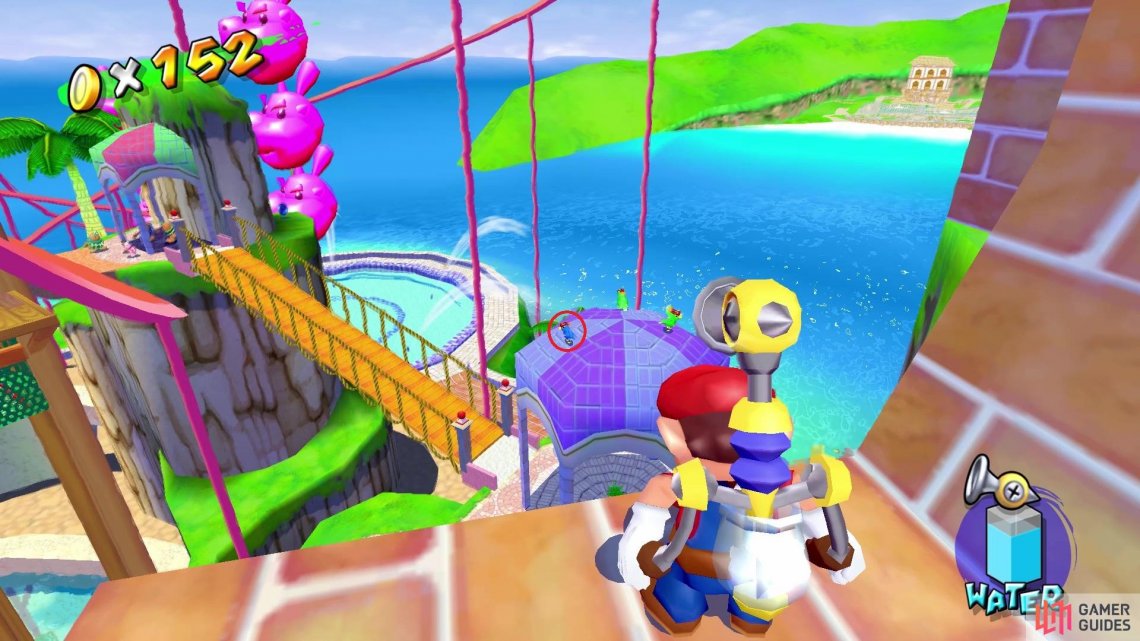 After grabbing the previous coin, go back down to the veranda and look towards the ground level to see a stack of enemies. Spray the enemies from the top to knock them off the stack and when the bigger one is alone, stomp on it to get a Blue Coin.

Nearby that stack of enemies is a ledge with bananas on it. On the wall right by the bananas will be a triangle piece of graffiti. The other triangle piece of graffiti is located at the top of this path, by a NPC at the base of the ferris wheel. Getting from the bottom graffiti to the top will take some good Side Somersaulting, but you should have a fair bit of time to get there. Going from the top one to the bottom will be a lot easier, as you can just drop down.

Return to the top of the mesh walkway that you went to for the previous coin. On one of the beams that is supporting the pirate ships is a Blue Coin. The beam is pretty narrow, so it’s difficult to land on it properly. 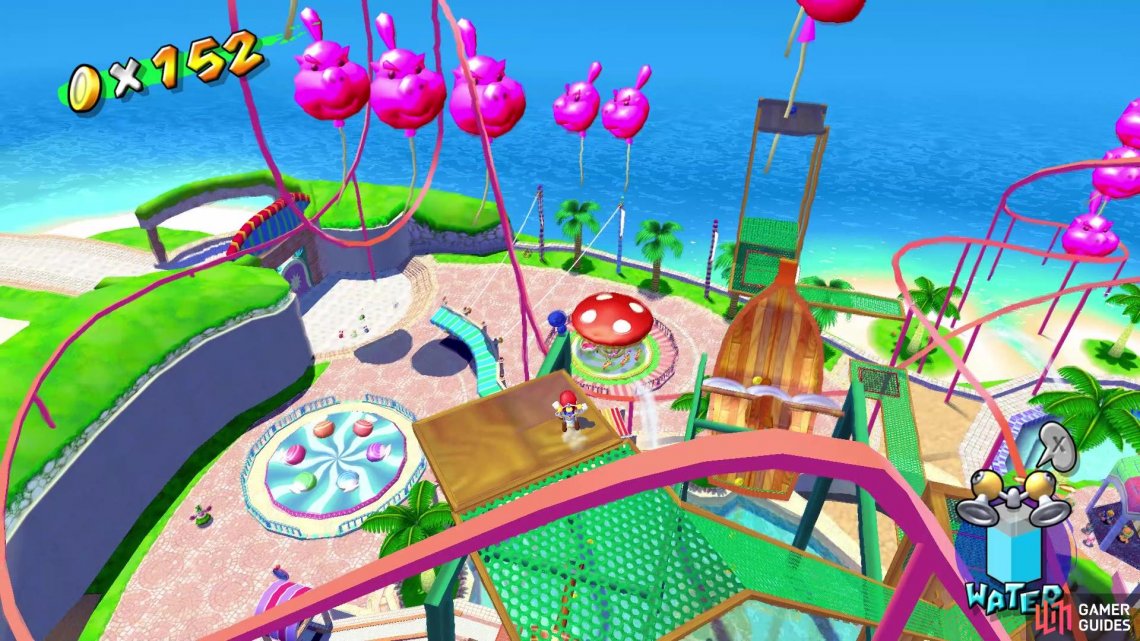 There is a little caged area across from the bows of the pirate ships (the front of the ship). Inside the caged area will be a Blue Coin.

This can be a challenging coin to get, since it requires you to use the pirate ships. From the previous coin, there is a ledge above the little caged area, so get on top of the caged area first. You will need to time a jump onto the one pirate ship whenever it is swinging your way and doing the 360 spin. From there, you can easily jump and hover to the platform with the Blue Coin.

Head on over to the beginning of the park and go to the Yoshi-Go-Round. Near there will be another blue bird that will fly around and annoy you. Keep spraying it with water until you get it to drop the Blue Coin.

Go to the giant pool of water in the park and look for where you found the stack of enemies that gave a Blue Coin before (#19). Hop over the wall and to the beach to find a piece of graffiti on the wall. Clean it to get the coin.

Hop back up to the brick trail from the previous coin, and follow it until you reach the back area with the falling water and bunch of mesh you have to climb. Above the breakable blocks along the wall is another piece of graffiti, so clean it for the Blue Coin. 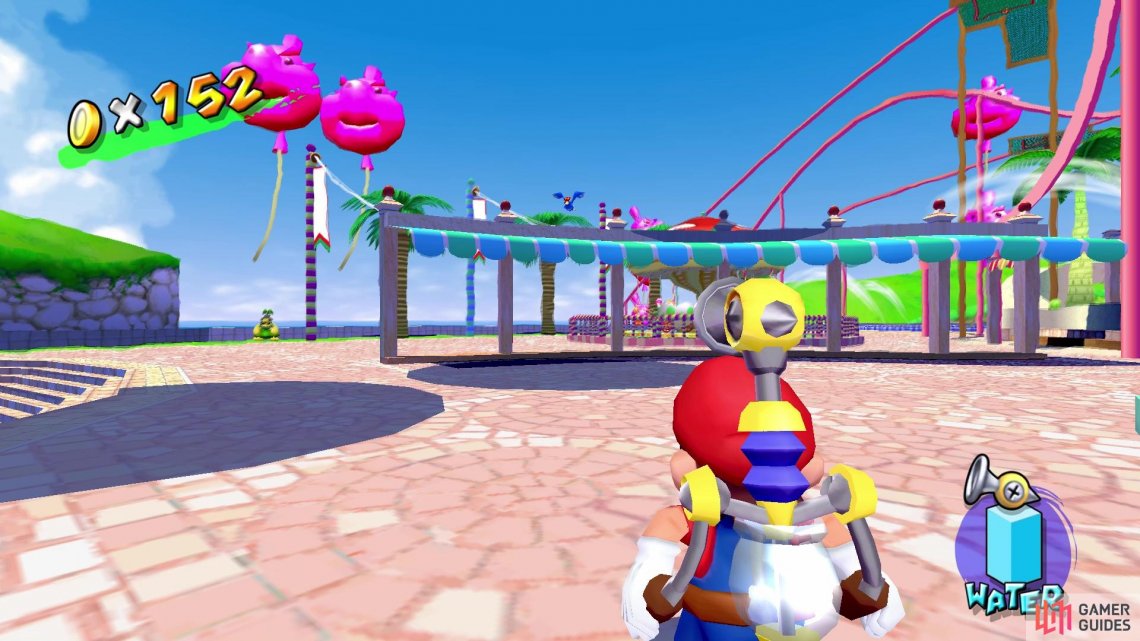 From the previous coin, climb the mesh fences all the way to the top, where you encountered the Huge Electrokoopa that was causing the ferris wheel to spin out of control during Episode 5. Get on top of this structure and you should notice that there’s a circle-shaped piece of graffiti. There’s one on both sides of the structure up here, and since they’re so close together, the timer will be short. For the circle that’s flat on the ground, you can jump to the higher portion and spray it from there, making it easier as you just need to jump across. The other one should be sprayed from as close as you can get to the path.