You will need to complete Bowser in the Dark World in order to gain access to this course, which is located in the basement of the castle. Go through either of the wooden doors in the main lobby, then down the stairs and through the locked door with a keyhole. To your left will be a large door with a star on it, which requires 30 Power Stars to open. Once you have it open, there will be a wall of water, which is the entrance to this course. 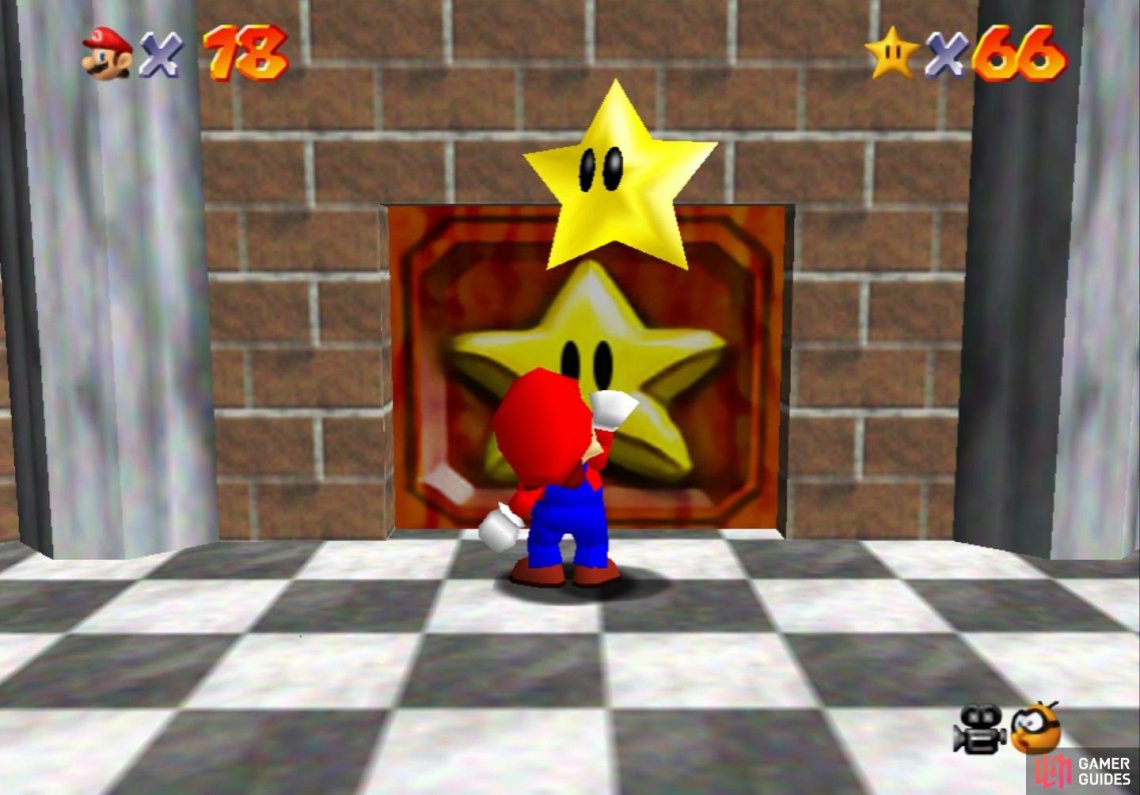 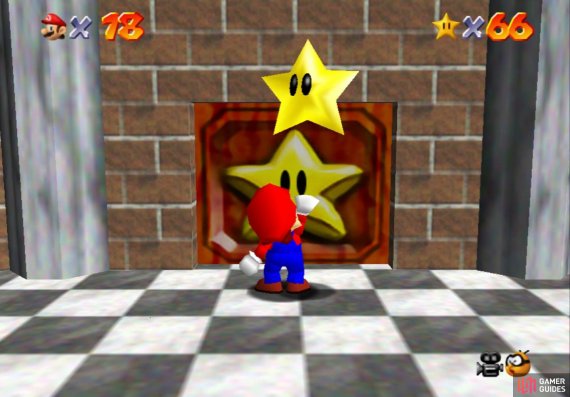 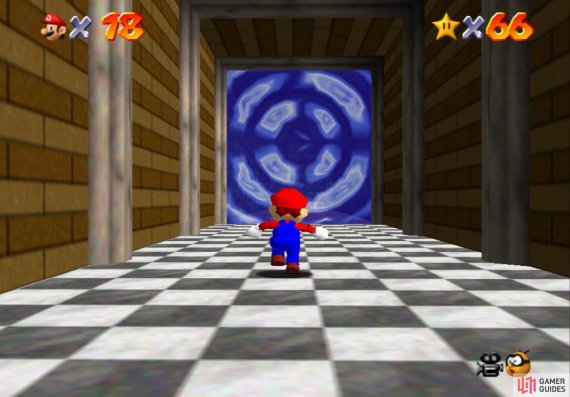 You will need at least 30 stars in order to open this door (left), The wall of water is the entrance to Dire, Dire Docks (right)

Dire, Dire Docks is the second course in the game that is centered around water, with the game literally dropping you into it at the beginning. You can still surface to catch your breath and replenish health, but it is a pretty long swim to the top. The course is divided into two sections, with the first being a pretty big vertical area. In the middle of this area, you have a whirlpool that will constantly try to suck you in if you’re close enough. There are also four chests along the bottom of this first area, which will be familiar if you remember two of the stars in Jolly Roger Bay.

Outside of the above, there is a shark swimming around here, but it doesn’t come after you, so it’s pretty easy to avoid. There are also two Bubs (basically Cheep Cheeps) swimming around and while they can damage you should you touch them, they are pretty small and barely noticeable. From the second star and onward, a Manta Ray will appear in the first area. It will swim around the whirlpool in the center and if you look closely, some shimmering rings will come out from behind the creature. This is related to a star, but passing through a ring will replenish Mario’s oxygen. At the bottom of the course, there is a tunnel that ywill lead you to the second area. 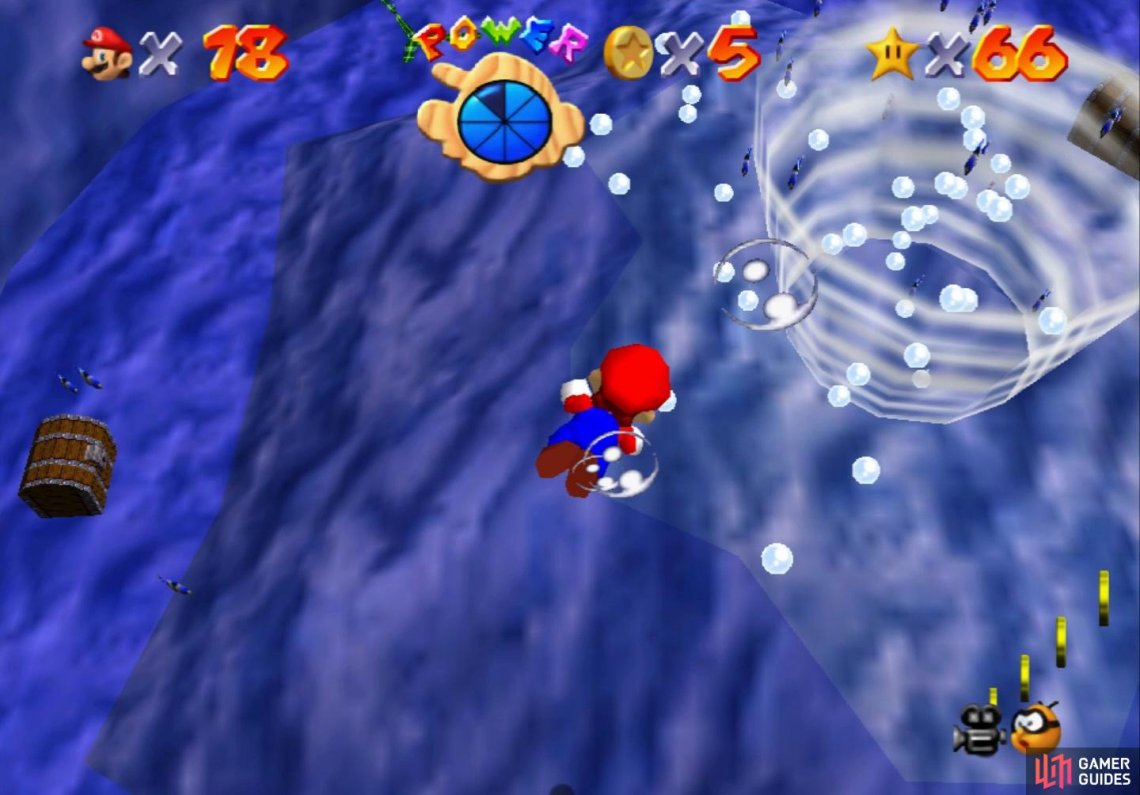 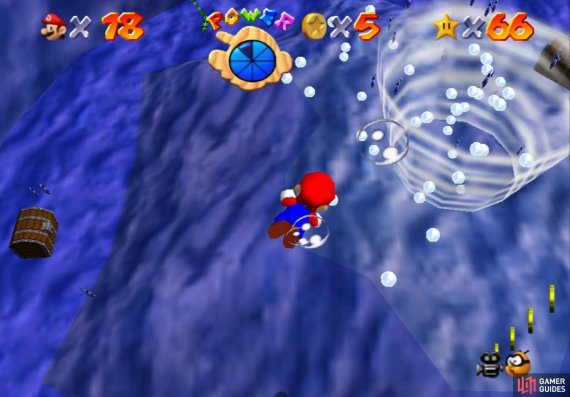 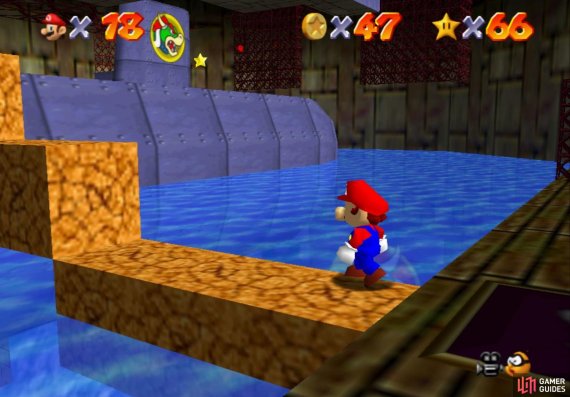 The whirlpool in the first area will always be a nuisance (left), Bowser’s sub is present until you fight him the second time (right)

When you first start this course, you will find a large submarine in the second area, with Bowser’s image on it. The submarine will remain in the course until you clear Bowser in the Fire Sea, but you only need the submarine for one star and you must get that before the mentioned level unlocks. Along the bottom of the water’s floor, you will find a cage with a Power Star inside, some Clams, and a jet stream, similar to the one in Jolly Roger Bay, only this one is shooting out some rings like the Manta Ray. Once you complete Bowser in the Fire Sea, a large opening will be on the one side that, when you get close, will suck you in like the whirlpool in the first area. If you get sucked in, though, you will not lose a life, but will appear in the moat outside of the castle.

The platforms surrounding the second area will have the two Cap blocks needed to get the one star in the cage, as well as a purple switch that creates blocks on a timer. One set of blocks will help you reach the submarine, when it is there, with the other set of blocks bringing you to a floating platform. Once you complete Bowser in the Fire Sea, there will be a set of moving poles, making it possible to collect all of the Red Coins, as well as reach the platform with the Blue Coin Block. 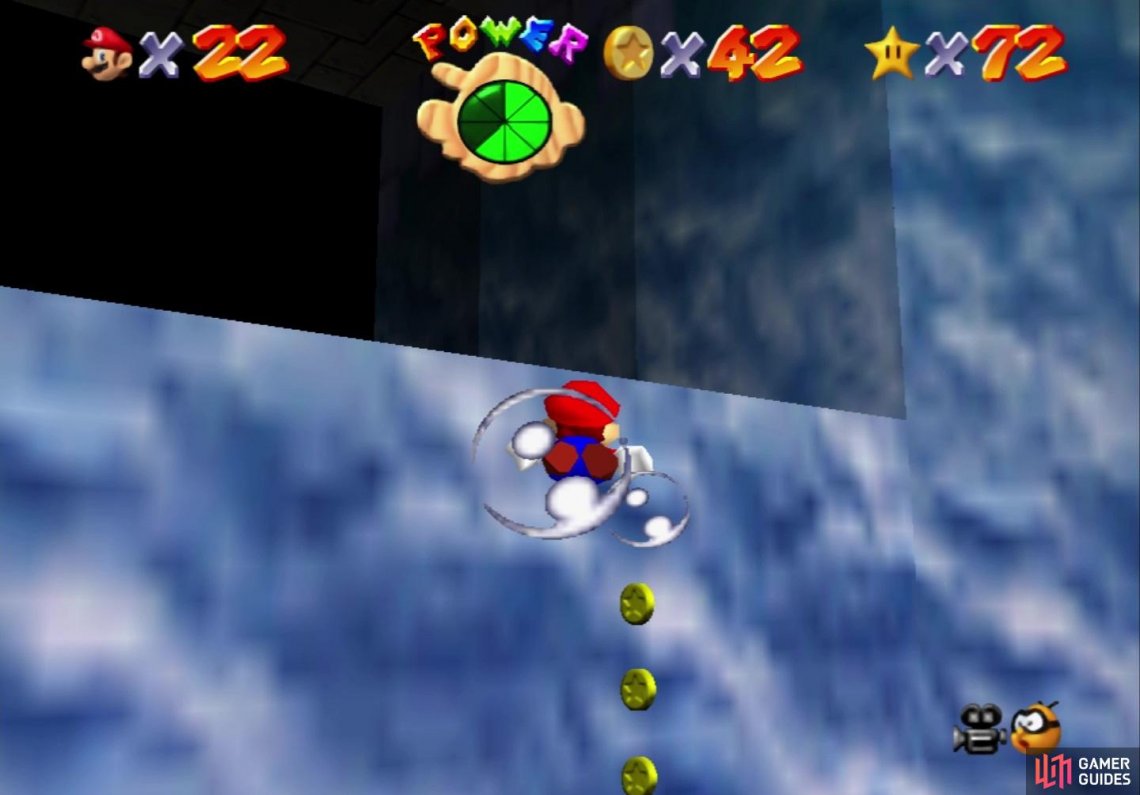 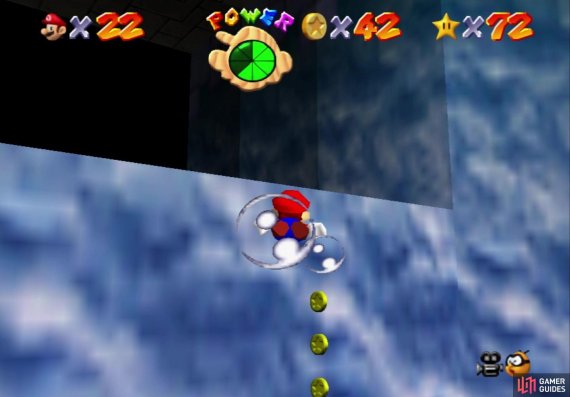 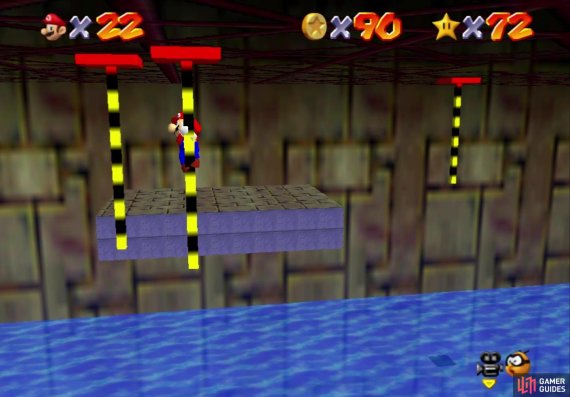 The big hole will take you out to the castle’s moat (left), Once the sub leaves, there will be poles connecting the floating platforms (right)