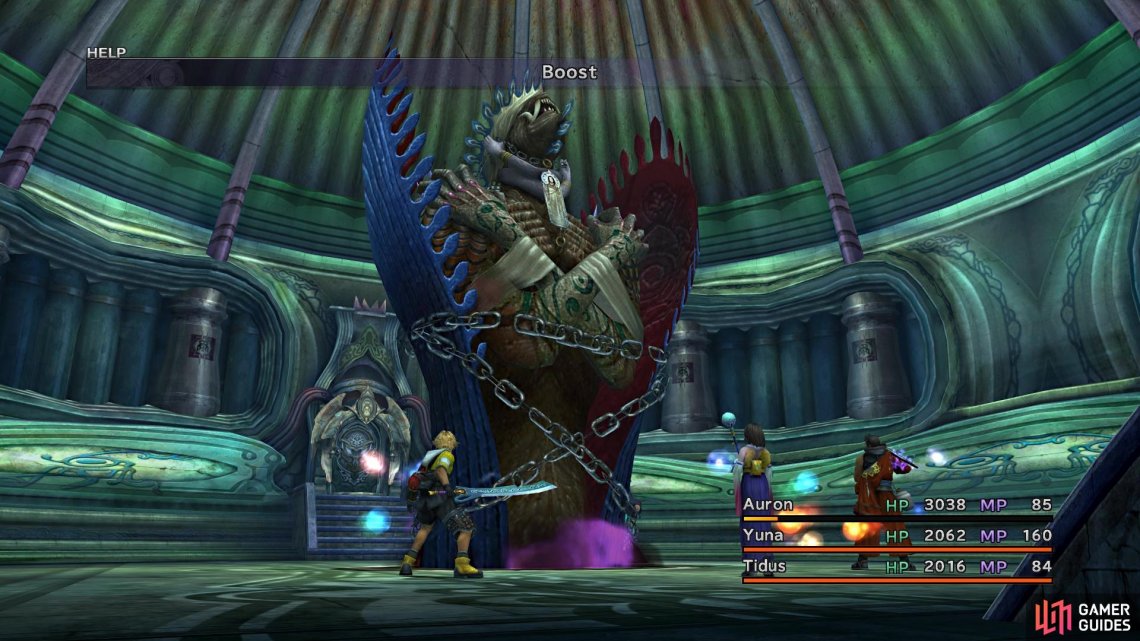 Note: Anima will be summoned during the battle with Seymour, whenever he dips below 3,000 HP in the first phase. The Anima fight will be the second phase and once you defeat her, you will go back to fighting Seymour in a third phase.

Anima has a lot more HP than Seymour, and could potentially one-hit KO your characters. The reason for this is because Pain can inflict Instant Death, and you are definitely not far enough in the game to get any kind of protection against that. Anima will alternate between using Pain and Boost, with the latter not actually increasing the rate at which her Overdrive charges. However, it still does make it so she takes more damage, so that’s something to take into account in a little bit. Once her Overdrive is full, Anima will use Oblivion, which can hurt a lot. Because of the potential for Instant Death from Pain, it’s best to avoid using your actual characters against Anima.

Once Anima is summoned, you will be told about using your newest Aeon. Navigating to the bottom of the summon menu shows the new Aeon, simply named ??? (fans of the series will recognize this summon as Shiva). The best thing about Aeons is that they have protect against ailments, which includes Instant Death, so you only have to worry about the damage portion. Since Shiva is ice-elemental, you can use her Black Magic ice spells to heal herself. You can simply use Blizzard/Blizzara to keep her topped off, then attack physically on the turns that Anima uses Boost.

When Shiva’s Overdrive is full, have her use Diamond Dust on Anima, which has the potential to reach the max damage cap (right now) of 9,999. Note that Anima will probably get two to three turns after using Diamond Dust, so Shiva might get defeated before gaining another turn. If not, though, follow the strategy above and perform another Diamond Dust to pretty much put Anima down for good.