The third course in the Chocobo Training will amp things up a little bit more, with the target time being 18.5 seconds and under. You will still be dodging blitzballs here, but there is a bit of trickery involved with them. Instead of just going straight towards you, then break up into five or so blitzballs in a circular shape. Of course, if it was just this, it would be a little easy, as there are now birds flying straight at you, similar to the blitzballs from Dodger Chocobo. They tend to come very close together, but depending on if you get hit or not, their timing could be staggered. 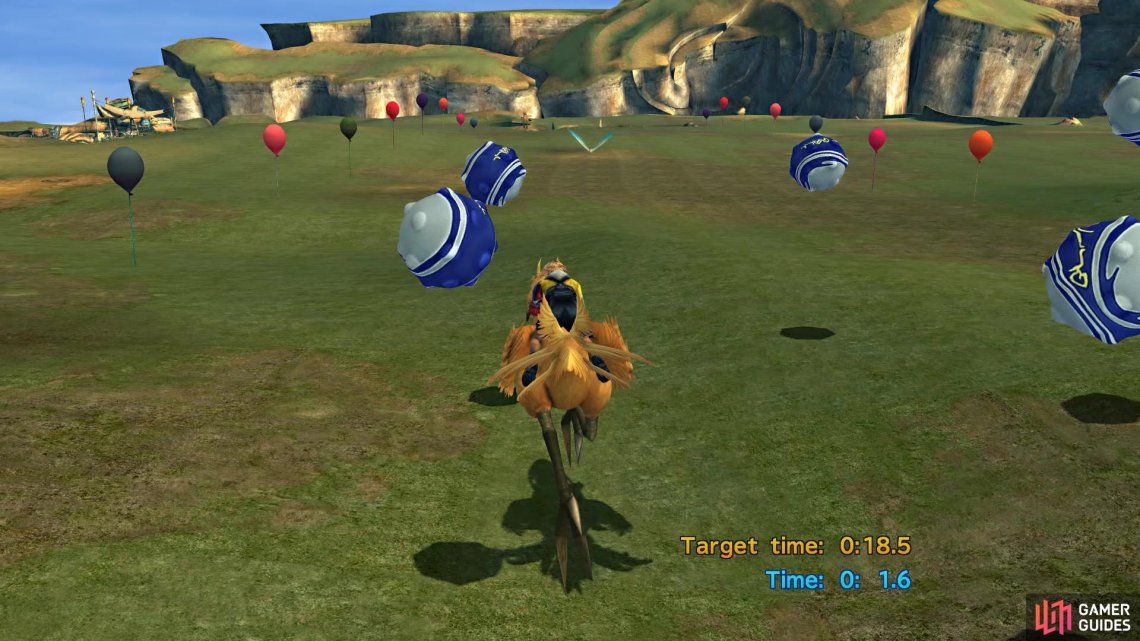 (1 of 2) The blitzballs will split, so you will have to get used to that 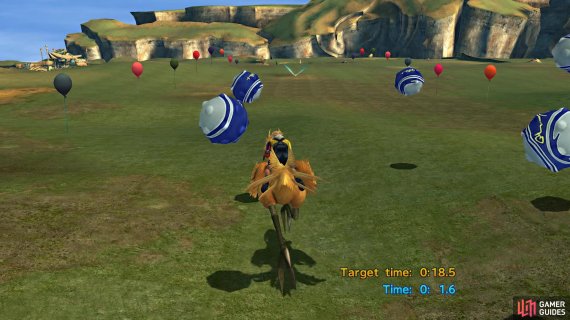 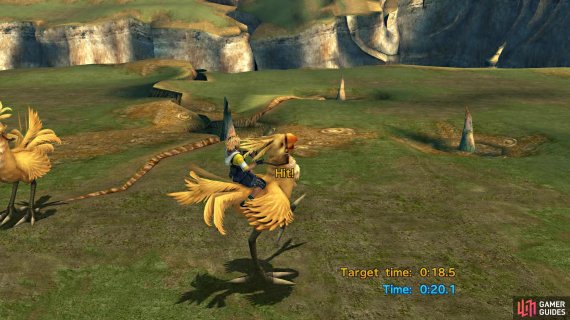 The blitzballs will split, so you will have to get used to that (left), You will have an increased chance of getting hit a lot near the goal (right)

It’s important to note that when the blitzball splits into multiple ones, there won’t be one in the center, so it is a safe spot. Unfortunately, due to the birds, you will sometimes have to dodge out of the way of the center, meaning there is a higher chance of getting hit by one of the blitzballs. So, you can either try to keep to the center of the splitting blitzballs or try a similar strategy as with Dodger Chocobo, where you go back and forth to the sides to try and dodge everything. Also, as with the previous course, the chance of getting hit the closer you are to the finish line increases, since birds and blitzballs become more frequent.

Your reward for completing this the first time is a Lv. 2 Key Sphere. If you tie or beat your record, then you will receive an Ether.