Yuna’s Overdrive is called Grand Summon, allowing her to bring an Aeon into battle with a full Overdrive gauge. This can be especially useful, especially for tougher fights, since it’s essentially free damage. Also, once you gain access to Aeons like Bahamut, who has an Overdrive that can break the lower damage limit, you can potentially make harder fights a lot easier. Note that the Aeon’s Overdrive gauge will revert to its normal state after using the Overdrive from Grand Summon, so it’s possible to have an Aeon use two Overdrives in a row. 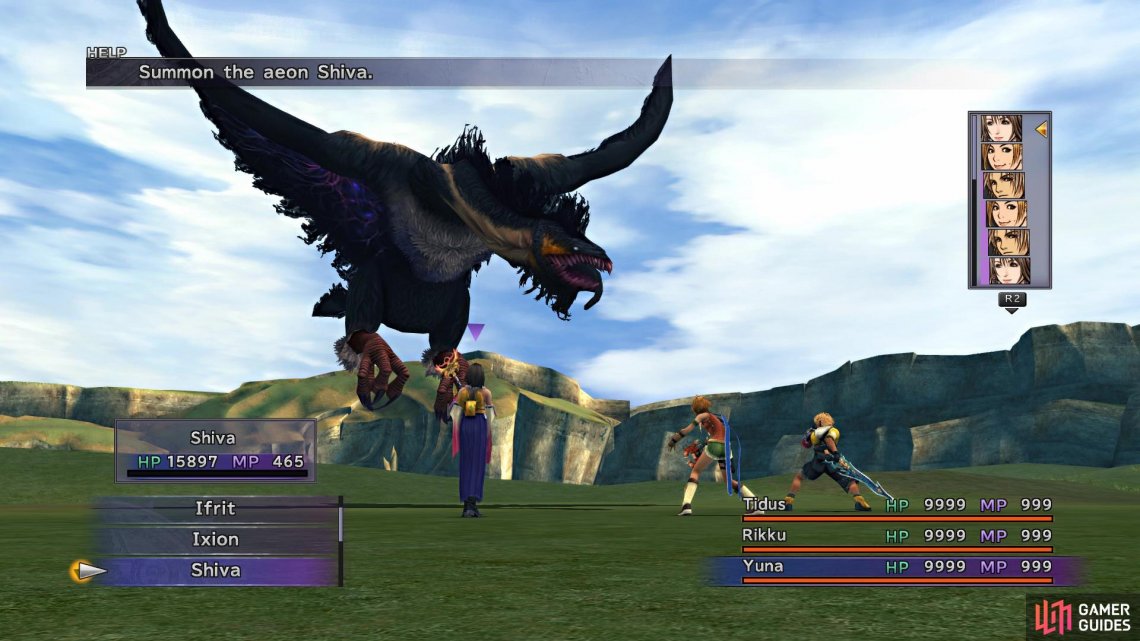 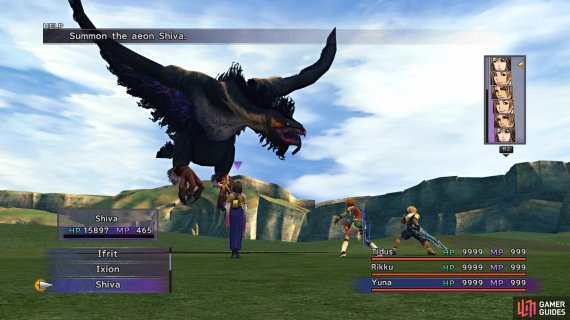 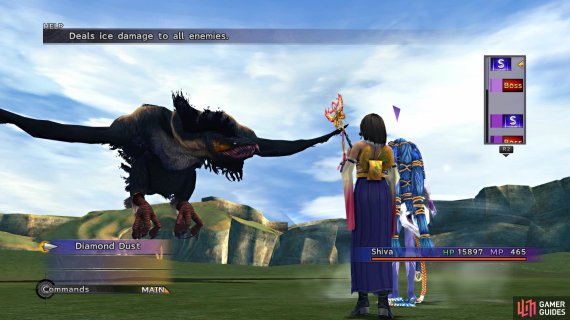 If an Aeon doesn’t have an Overdrive ready (left), Grand Summon will grant them a full gauge (right)

Yojimbo doesn’t technically have an Overdrive if his bar is full. His gauge, if full, gives a better chance at Zanmato to be performed.