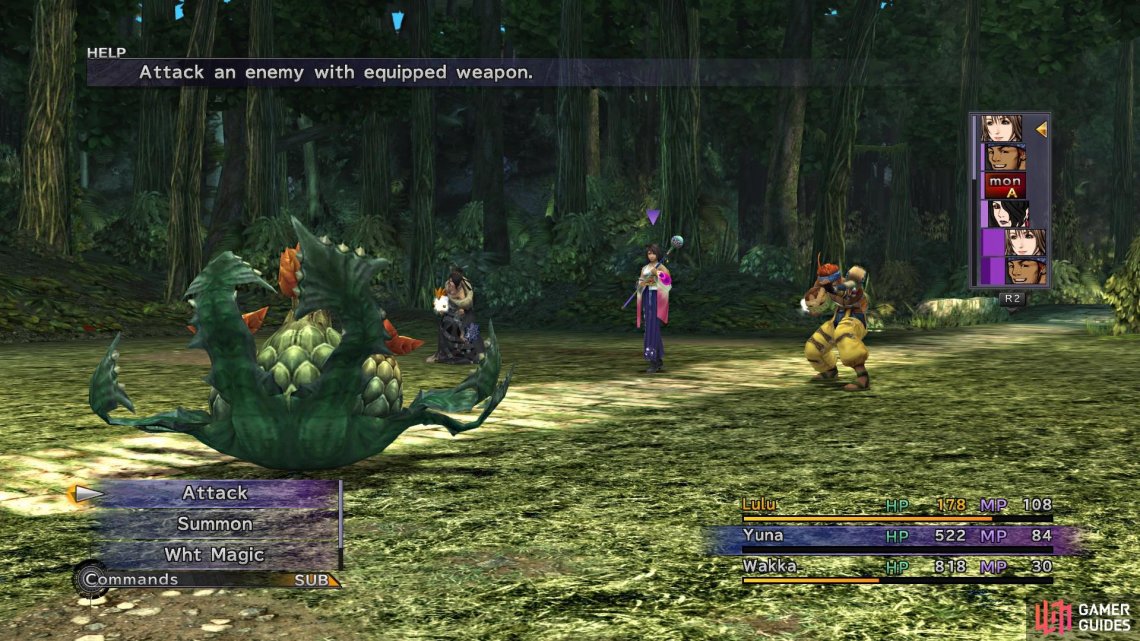 The Ragora is a plant-like enemy that can be found in Kilika Woods. It’s probably the most dangerous normal enemy found in the area, as it has a high health pool, plus Seed Cannon can deal upwards of 200 damage to a single character. Kimahri is able to learn the Ronso Rage, Seed Cannon, from it, which will be done automatically during the main story, as it’s a tutorial about his Overdrive. Since it is weak to Fire, Lulu can deal some heavy damage to it with the corresponding spell.