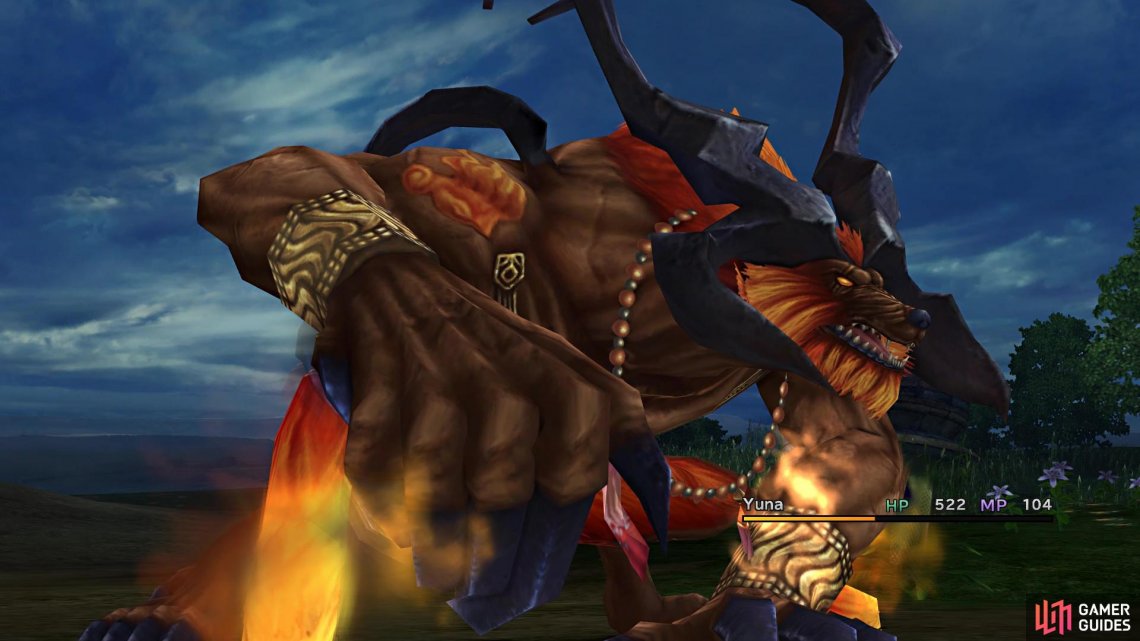 You will encounter Belgemine on Mi’ihen Highroad, on your first visit there. This fight is entirely optional and you can completely ignore her. It will be a battle between Aeons and since you can’t use the same one as her, you will be forced to use Valefor. If you have Yuna’s Overdrive full, use Grand Summon to have Valefor’s Overdrive full. You will learn a little more about Aeons in this battle, namely the Shield and Boost commands. Shield will stop your Aeon’s Overdrive gauge, but reduces the amount of damage it receives. Meanwhile, Boost will accelerate the Overdrive gauge, but at the cost of increasing the amount of damage received. Should you want to use Boost, go ahead, but this fight will follow a preset pattern, for the most part.

If you Grand Summon’d Valefor, use an Overdrive to deal some nice damage to Ifrit. If not, then you will want to pay attention to the brief tutorial at the beginning of the battle. Ifrit will alternate between a normal attack and Meteor Strike, the latter of which will deal more damage. The game mentions using Shield when you know Meteor Strike is coming, as it will deal a lot less damage than taking it head-on. Since Ifrit is immune to the delay effect of Sonic Wings, it’s in your best interests to use Blizzard to deal damage instead, although Ifrit doesn’t seem to have a weakness to Ice; just don’t use Fire at all, since he absorbs it. You should get enough of a boost to your Overdrive to get another off, should you use need a desperate attack at the end before losing. Ifrit has 3,500 HP.