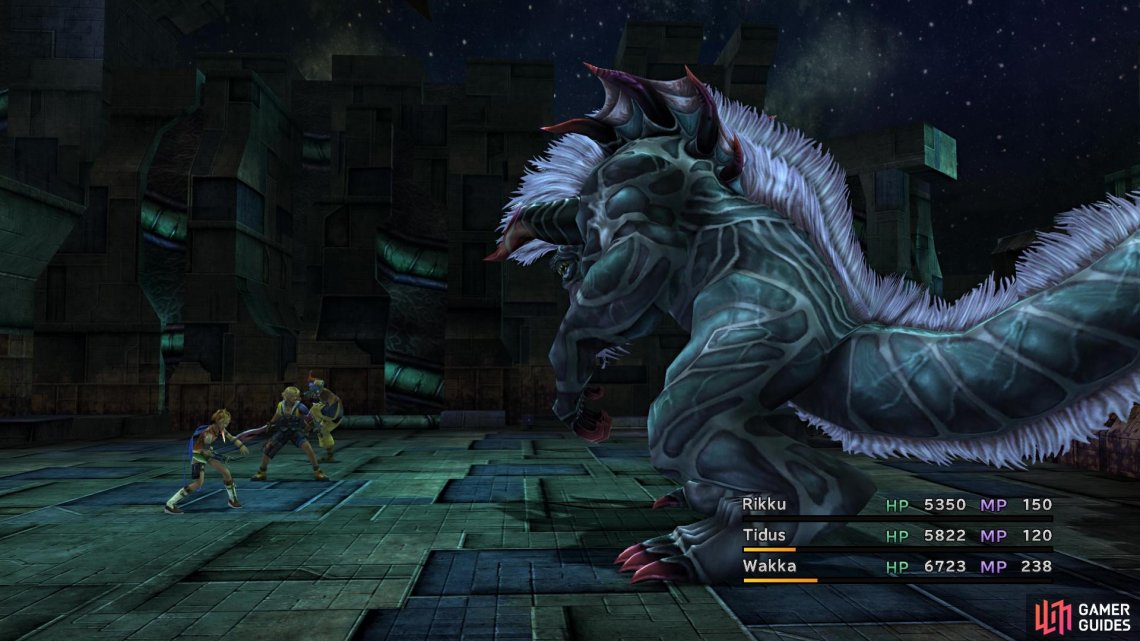 The Behemoth King is a fiend that can be found Inside Sin. It is quite powerful, as it uses both physical attacks, and magical ones. In addition to its normal attack, the Behemoth King has access to Heave, which is a stronger physical strike. On the magical side, it will use Thundara on a single character and if you have an Aeon out, it will instead use Thundaga. Once the creature gets low enough on HP, it will use Mighty Guard to buff itself. Also, it will exchange its normal attack for Tail, which will hit the party, and Thundara for Flare.

However, as bad as the above sounds, the biggest problem with the Behemoth King comes in the form of Meteor, an attack it will use when it has been defeated. Meteor in this game is a physical attack, so you can reduce the damage by using Protect and defending, but there are other ways around it. It will not use Meteor if you defeat the fiend with a counterattack, a Capture weapon (obsolete once you reach the capture limit), or with Yojimbo’s Zanmato. Likewise, you can save yourself if you have a single character in the party escape before you deal the final blow, plus there is also Auto-Life.