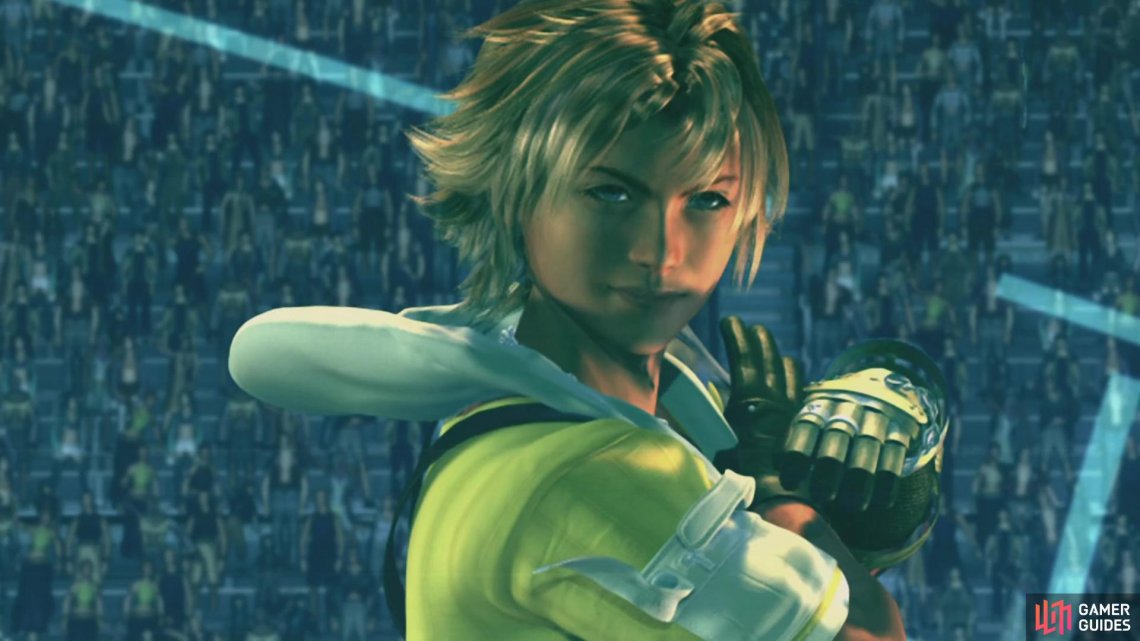 Tidus is the main protagonist of Final Fantasy X and is a rising star Blitzball player from Zanarkand. While performing in a Blitzball game, Sin attacks his hometown and he ends up being transported to the world of Spira. He is lost and confused here, with the goal of heading home, but it is on Spira that he meets up with a summoner named Yuna, who he ends up following on her journey.

Tidus is equipped with a sword and shield, and his stats/Sphere Grid usually focus on his Agility and Evasion, along with moderate Strength and Accuracy. As such, he is more suited for tackling the lightly-armor enemies. He is only one of three characters that can fight underwater, making him essential for some segments of the game. Some of the abilities he learns seem to revolve around messing with the turn order in battles, as Haste/Hastega can speed up his fellow members, and Delay Attack can delay the target’s next turn.

Tidus’ Sphere Grid is a mix of things, particularly focusing on a balance of Strength and Accuracy. You will also get him some decent Evasion and Agility in his section. His special abilities are some of the better ones in the game, such as Slow, Haste (Hastega), Cheer and Flee. The final ability he gets is Quick Hit, which hits like a normal physical attack, but also makes the character’s next turn come around much more quickly. His grid usually runs into Yuna’s section at the end, but you don’t want to take him down that path. About halfway through his section or so, there is a Lv. 2 Sphere Lock, which will put him on Auron’s path, allowing Tidus to get a lot more Strength.