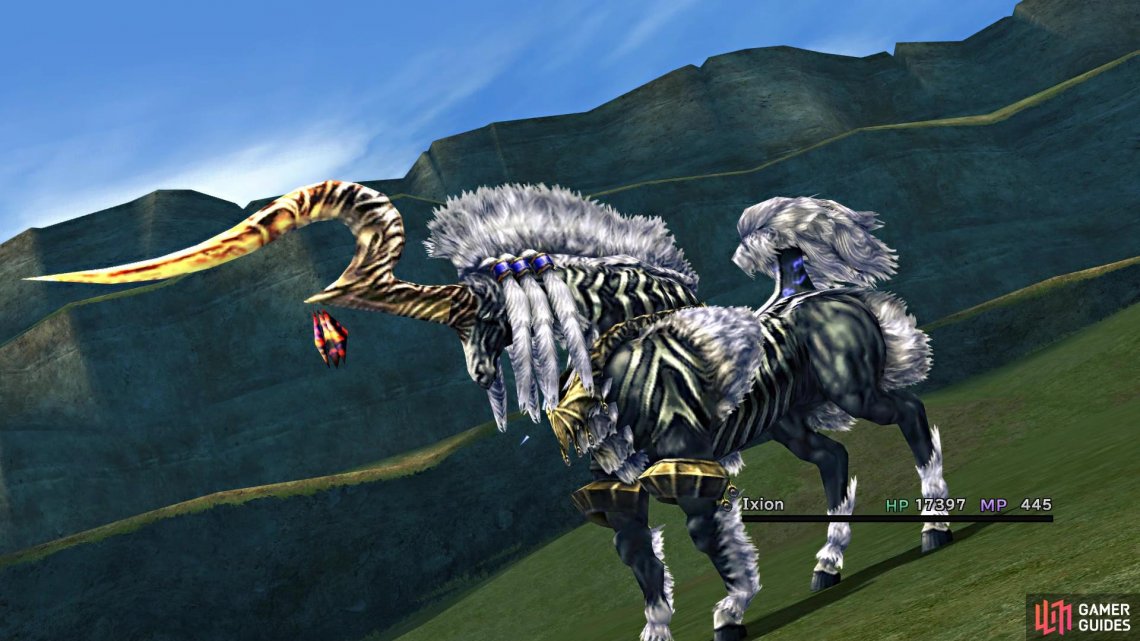 Ixion is the third Aeon you will come across during the main story, acquired after completing the Cloister of Trials in the Djose Temple. Ixion is Thunder-elemental, so that means it can use its Thunder-based attacks to heal itself, if needed. He does have high defense and magic defense, in case you need him to tank some attacks. His special move is called Aerospark, an attack that causes non-elemental damage. The good thing about this move is that it can remove some positive status effects, like Haste, NulElement, Protect, Shell, Reflect and Regen.

That means you can use Aerospark in place of something like Dispel, until Yuna can learn the spell, as it’s deeper into her section of the Sphere Grid. Ixion’s Overdrive is called Thor’s Hammer, dealing Thunder damage to all enemies in the battle. Thankfully, Ixion starts with both Thunder and Thundara, so all you need to add to him in the long run is Thundaga, since he can use those to heal himself. He also knows both NulShock and NulTide, although NulShock is a bit of a waste since he already absorbs Thunder. As with all Aeons, you will want to put Haste, Protect and Shell on him, as well as something like Cheer and Focus. To break the damage limit with Ixion, you will need to power up Kimahri’s Celestial Weapon, the Spirit Lance.