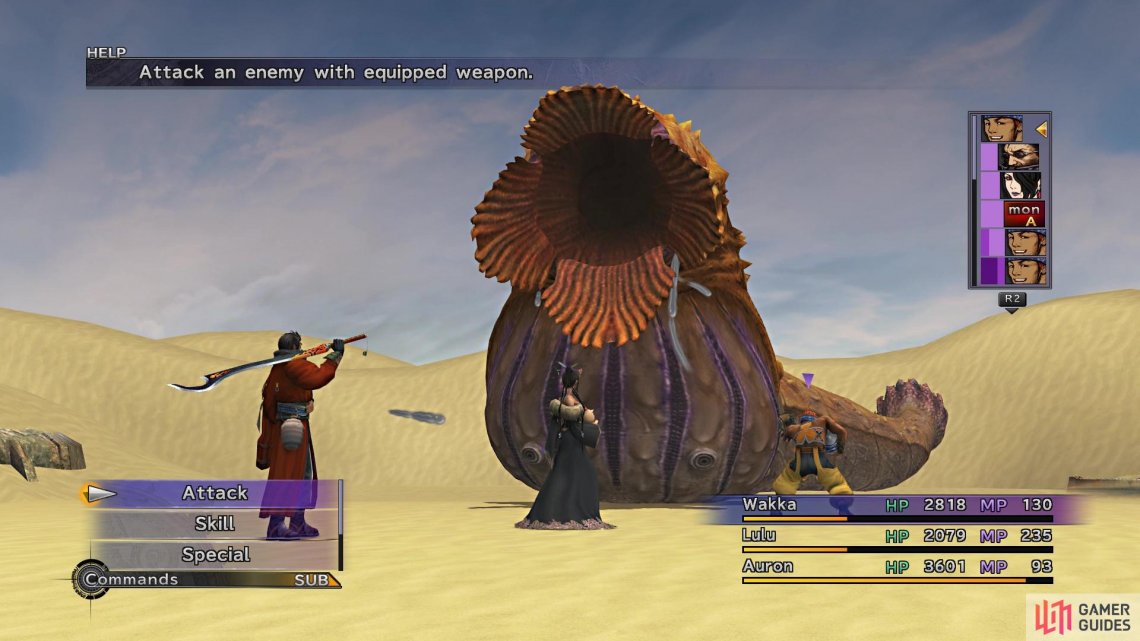 The Sand Worm is one of the more annoying enemies to run into in the Sanubia Desert, as you can see from its massive HP alone. The Sand Worm will only use physical attacks for a while, until it starts to prepare Earthquake (Readying Quake). This move will hit all characters, but it will take a turn to charge the move. While waiting, you could potentially bring Yuna in and summon Valefor, as Earthquake will not hit her (she’s flying). As you’re fighting the Sand Worm, targeting it ten times will cause the fiend to use Swallow, removing a character from battle.

Attacking the Sand Worm fives times after a character has been Swallowed, will cause the Sand Worm to Regurgitate, causing damage and delaying that character’s turn. Note that finishing a battle while a character is still inside the enemy will cause that character to not get any AP after battle. One of the easiest ways in dealing with the Sand Worm is to use Auron’s Shooting Star Overdrive, as it will one-hit the creature. Other than that, you can also Poison it and inflict Darkness to help dodge its physical attacks.