Upon diving into the water from the Salvage Ship, just keep using Circle to dive down into the water, while heading towards the red arrow on your minimap. Note that you might run into random encounters here, against Piranhas, but they are easy enemies. You can steal Grenades from them, though, so use your mysterious ally to try and snag a few, if you can. Eventually, you will hit the underwater ruins and in the first room, examine the control panel to get it to open the door. Go through the next room and as you exit the tunnel at the other end, you will be forced into a battle with some Piranhas. In the final room, examine the object when prompted, then start making your way back, only to be stopped by some creature. 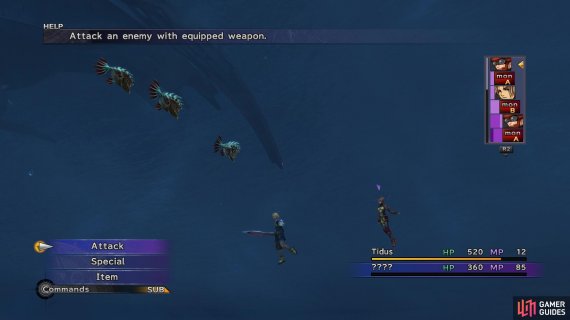 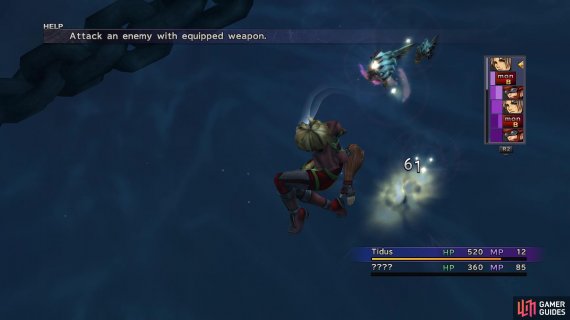 You can get into random encounters with Piranhas while swimming down to the ruins (left), but they are pretty easy enemies (right)

This battle can be a bit difficult for once. Tros’s offense will mostly consist of a standard attack, Tentacles (single-target), and Nautilus Charge (party-wide). The regular attacks usually does around 80 damage. Nautilus Charge will take one noticeable turn to charge and it does around 150 damage, so be sure to Defend on that turn. If you don’t know how to defend with your characters, it is the Triangle (Playstation), Y (Xbox), or X (Switch) buttons. At the start of the battle, there’s not anything special you’ll need to worry about. For the most part, attack and heal if you get under 200 HP, plus don’t forget that Cheer can help boost your physical defense some.

After Tros takes 350 damage, things change a bit. Tros gets out of your range at that point. Once Tros is out of range, you can’t directly attack it with physical attacks, but your ally can toss Grenades at it. However, when it first moves out of range, you will get a brief tutorial on Trigger Commands, which are special actions you can do during some battles. In the case of Tros, you can use Stand By to wait and recover a small amount of health (50 HP). Remember on the boss’ next turn, it will use Nautilus Charge, which deals more damage than the other attacks, so you might want to defend.

The next time you see Tros scurry off to the other side of the central structure, check your Trigger Commands to possibly see a new one, called Pincer Attack. That should pretty much negate the Nautilus Charge maneuver, as each of your characters will move into position on either side of the boss. From here on out, you pretty much only have to contend with Tentacles and the normal physical attack. So, you can resort to the tired attack and heal when necessary strategy for the remainder of the battle. 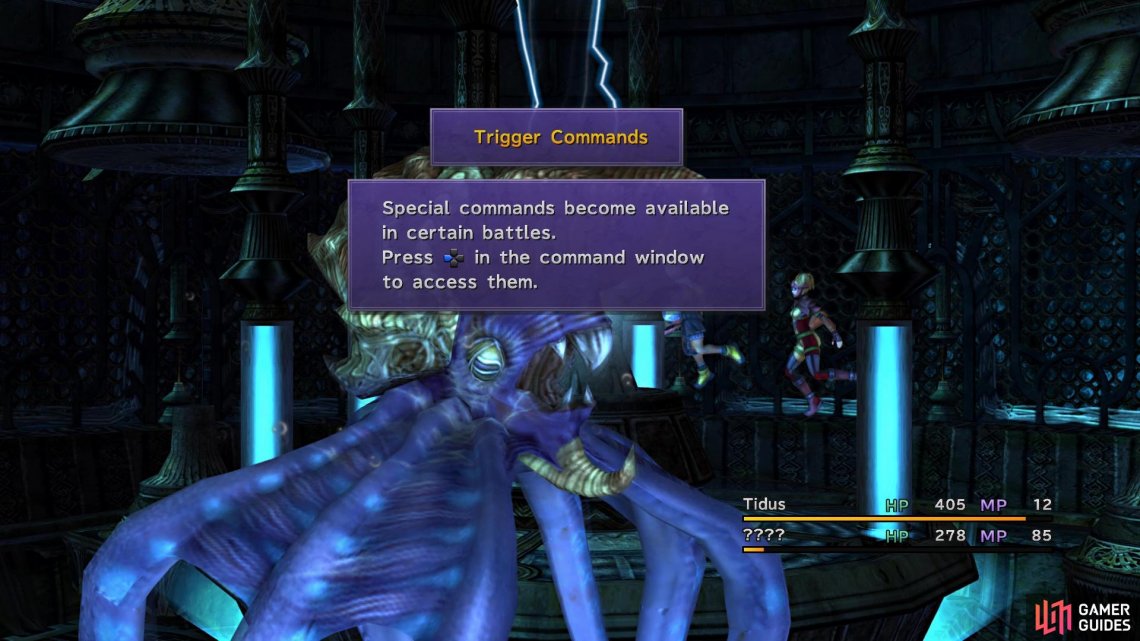 Once the fight is over, exit the area by following your ally, then return to the ship for some scenes that will eventually bring you to a new location.