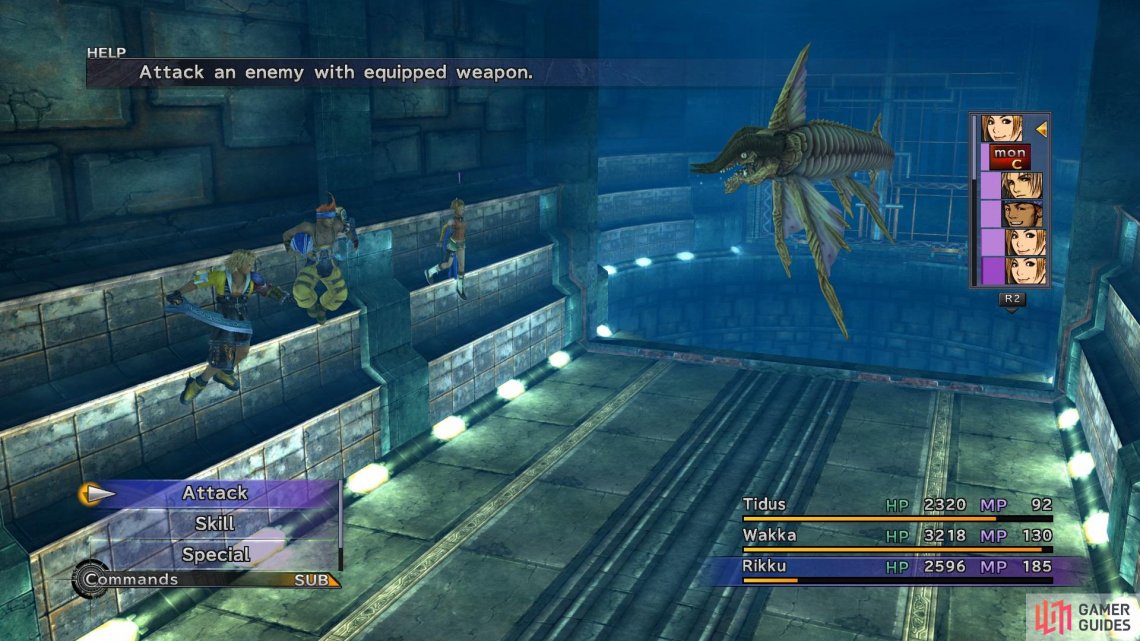 The Remora can be found in the underwater section of Via Purifico. In terms of defensive capabilities, it is weak to Thunder, so Rikku can toss some Electro/Lightning Marbles at it, should you have some in your inventory. If not, attack it normally. The Remora has a hidden counter, where it goes up by one each time it is targeted by someone. Once it reaches nine, it has a chance to use a party-wide skill called Maelstrom. Other than that, it has a normal attack and another physical attack that hits a single target, called Rush.