The Blitzball tournament has ended and no matter if you won or lost, the game will continue. Unfortunately, things don’t stay peaceful in Luca, as fiends begin attacking the place and the Blitzball arena itself is no stranger to action. Both Wakka and Tidus will be assaulted by Sahagin Chiefs in the water and there will be a lot of them. Although you will never fight more than 3-4 at a single time, you will need to defeat a total of 17 Sahagin Chiefs in order to progress. You should always keep an eye out on the turn order and heal when necessary. They only have 170 HP and are weak to thunder, but you might not have Lightningstrike weapons on either character. 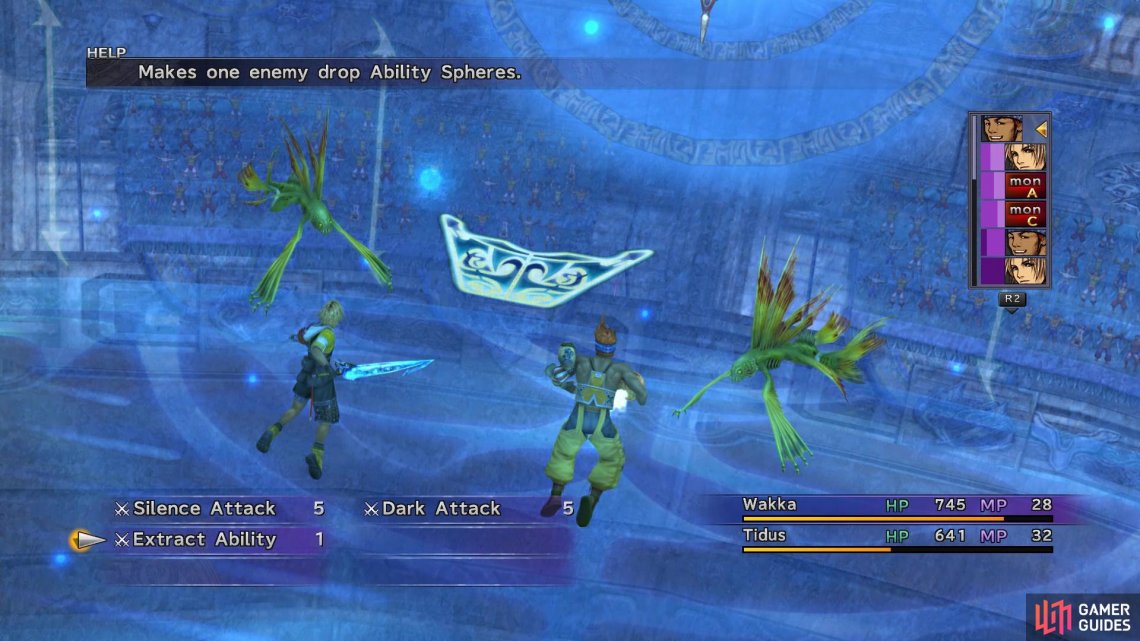 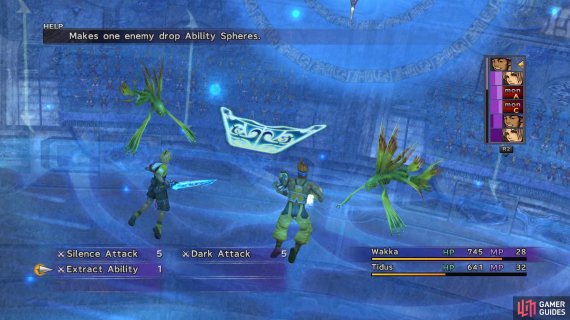 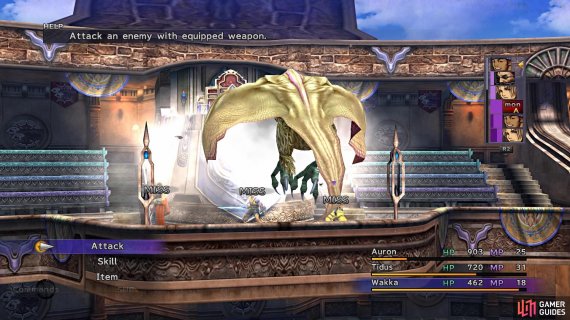 You can easily get more Ability Spheres with the Extract Ability skill (left), Hitting the Garuda with Dark Attack will make it easier to not get hit (right)

The game will eventually cut to Auron, who will have to face off solo against a Vouivre. It may look menacing, but a single normal attack is enough to bring it down. Tidus and Wakka will catch up to Auron, but all of them will be attacked by a Garuda. The best thing to do here is use Dark Attack with Wakka to inflict Darkness, which should get you to avoid the majority of its attacks, including Sonic Boom, a move that hits everyone. If Darkness falls off, simply reapply it and eventually, the Garuda will go down. There will be some scenes after felling the Garuda, so enjoy them.

Once all of the fighting has ceased and you regain control, you will need to go and meet up with Yuna and the others. More scenes will occur here and in the brief instance you can move, approach Yuna for the final scenes here. The next stop will be the Mi’ihen Highroad.