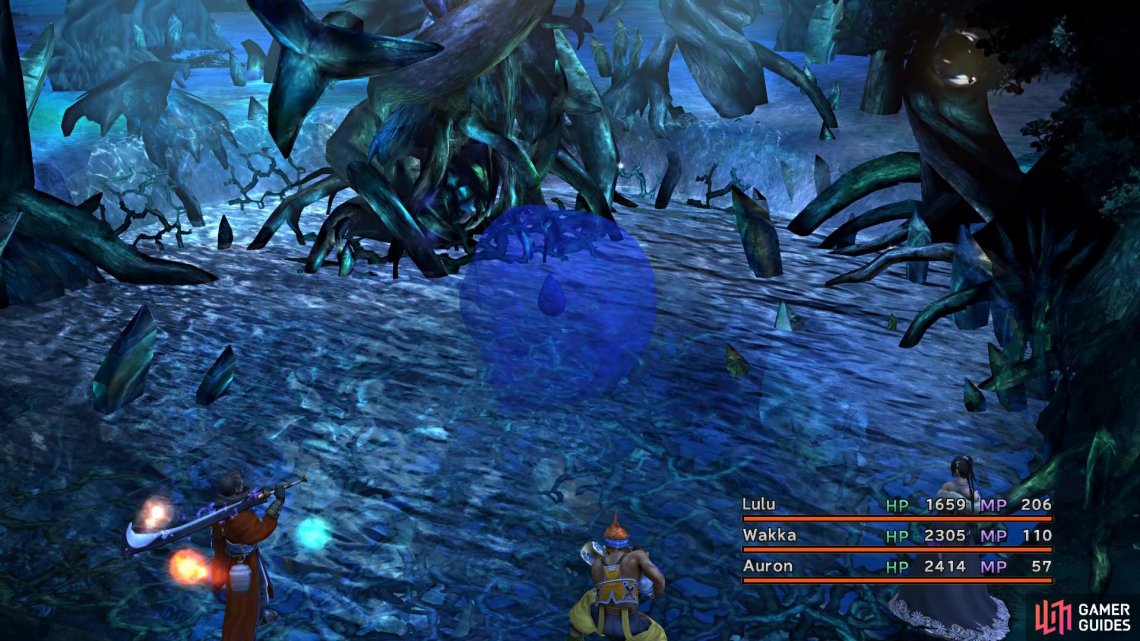 Spherimorph is a bit of a tricky boss, but definitely a lot easier once you know the mechanics. The whole thing about Spherimorph is that it will absorb every element, except for one. Of course, the element it takes damage from is random, though, so you won’t really know what to attack with right away. However, there is a trick you can do to determine its current element, which is to perform a regular attack on the boss. Doing this will cause Spherimorph to counter with a tier 1 spell (Fire, Ice, Thunder or Water), which is the same element that it currently is. So, with this knowledge, you would cast a spell of the opposing element to deal big damage to the boss (fire and ice are opposing, as are thunder and water).

The biggest problem comes from the fact that once hit with its elemental weakness, Spherimorph will use Elemental Shift to change its weakness, so you will need to do the above again to determine the new weakness. As for its attacks, Spherimorph’s normal attack deals moderate damage, but once it gets lower on HP, it can use Press on the entire party, halving their HP. The only other spells it has seem to be counters to the physical attacks you do to determine the weakness. You can have Yuna set up things by using the Nul set of spells, which can protect from a single elemental spell. Lulu will be the biggest star of this battle, though, as her elemental damage should be more than enough to bring the boss to its “knees” once you know the weakness.