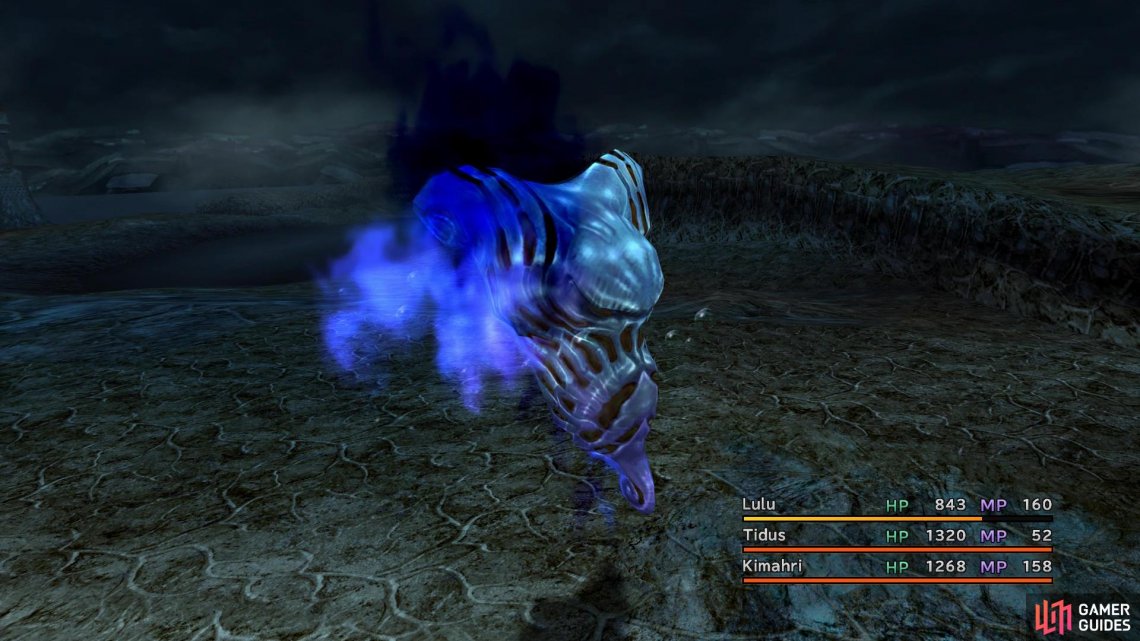 The Larva can be found throughout the Thunder Plains and can be an annoying enemy at times. It’s not particularly defensive, as it is weak to Water and physical attacks deal mostly normal damage. It does have more HP when compared to the other fiends on the Thunder Plains, though, so it’s a little more sturdy. The only attack it does is cast Thundara on a single character. When its health is below 50%, it will use Thundara on itself to heal, which also increases its magic power. Should you use Provoke on it, the Larva will start using Fire.