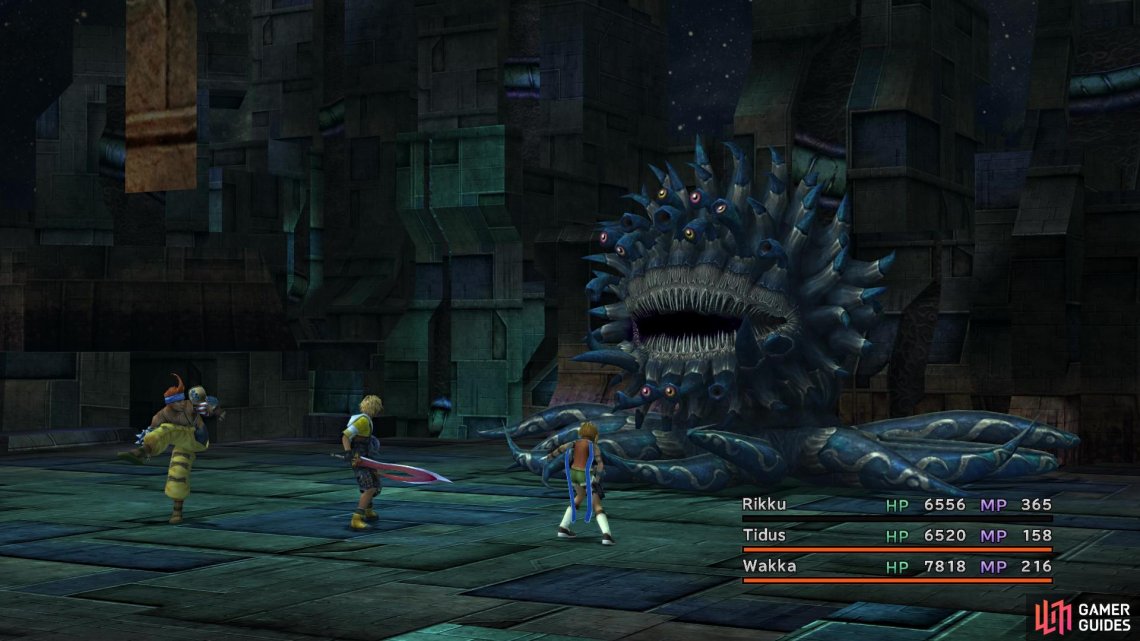 The Great Malboro is a fiend that can be found in the later section of Inside Sin, as well as inside Omega Ruins. If you encounter this fiend in the Tower of the Dead area Inside Sin, as well as the Omega Ruins, then it will always ambush you and use Bad Breath on its first turn. Bad Breath is a nasty attack, as it will inflict the following ailments on the entire party: Berserk, Confusion, Darkness, Poison, Silence and Slow. Normally, the Great Malboro only has a chance to use Bad Breath, although it doesn’t seem to use it if a character is already poisoned.

Because of the ambush in some areas, you should always have a character with First Strike on their weapon (Auron has it on his Celestial Weapon). This same character should also have either Provoke or Flee on them, as the Great Malboro can be taunted. Doing this will cause the Malboro to do a normal attack on the entire party, instead of Bad Breath. The normal battles will also have the Malboro use a similar normal attack on a single character. Once Provoked, though, the Malboro isn’t really any challenge.