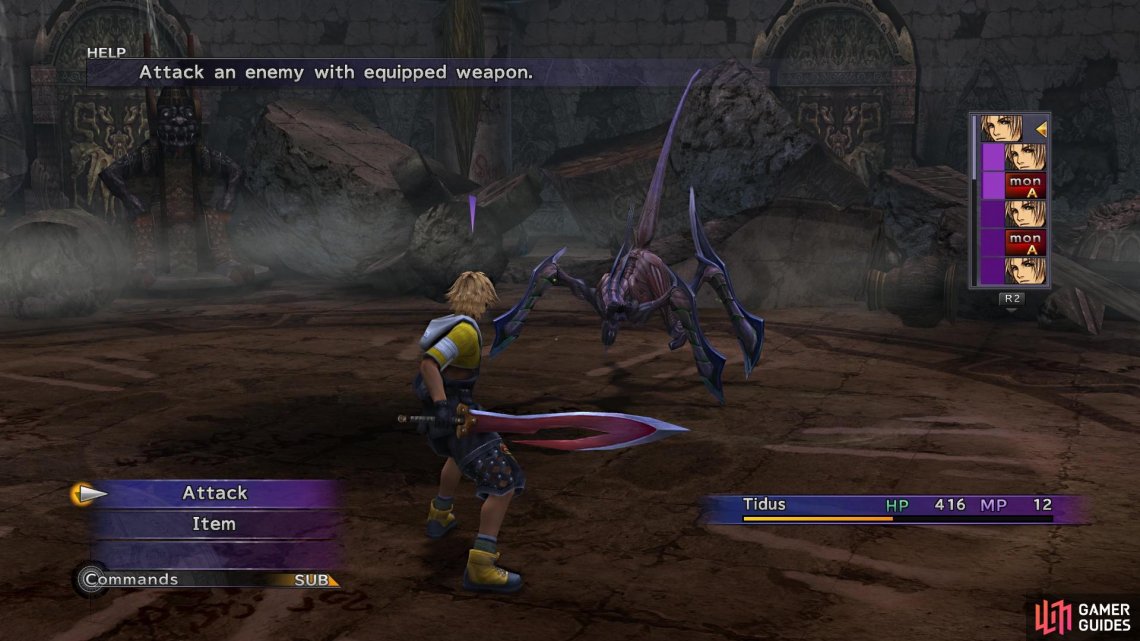 Klikk is fought in the Unknown Temple and is the first boss in the game that awards you AP and Gil. It is fought in two parts, with the first one having Tidus solo. It doesn’t have much of an offense, mostly a basic physical attack for 100~125 damage or so. While it’s not a lot, you can actually lose to this creature, so you will want to keep an eye on your HP at all times. If your health dips below 200, then you will want to toss a Potion on yourself (they heal for 200). Anyhow, there’s not a lot you can do at this point since you, so you’re basically left to just using the Attack command.

Halfway through the fight, there will be a scene in which some other people will arrive. One of them will ally you for now. This character mostly specialises in Stealing from the enemy, then can use the Grenades she steals to damage the boss. Grenades ought to do around twice as much damage (or more) of Tidus’ normal attack. Unfortunate for you, Klikk’s HP seems to reset here, so your battle is just beginning. Whether you want to use the Grenades is up to you (you’ll be required to use one when the mysterious helper arrives), but be sure to keep your HP up regardless with Potions.