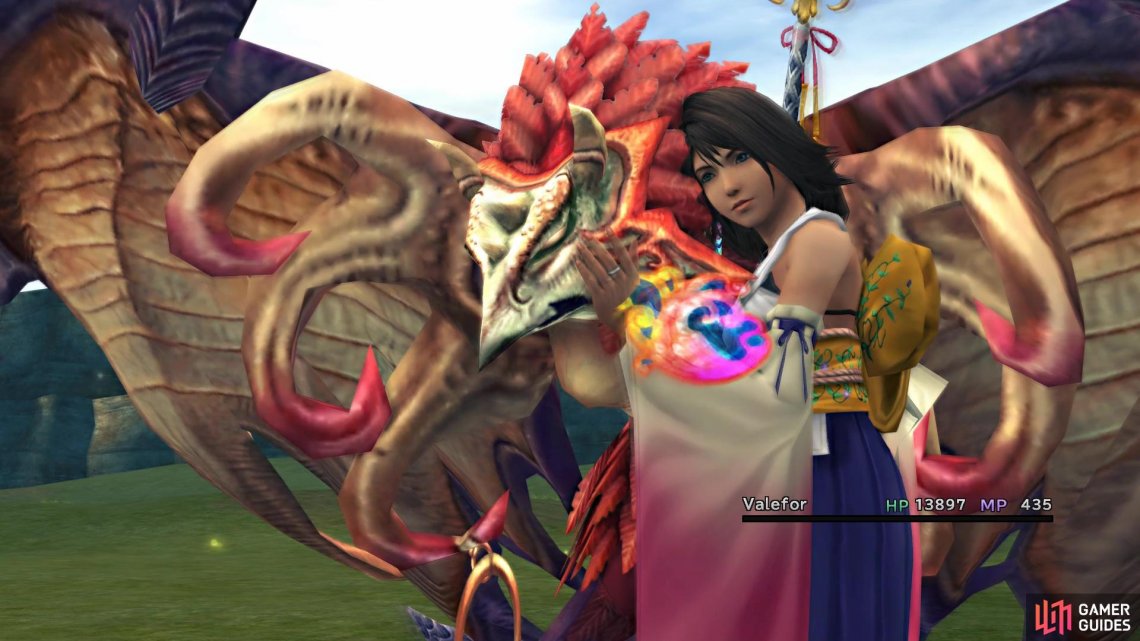 One of the key highlights with Valefor is her special skill, Sonic Wings. This does okay damage, but the beauty of the move is that it causes Delay for the enemy, so it is highly possible that spamming this move will get Valefor a number of turns before the enemy gets theirs. Of course, the lack of being an elemental Aeon means that if Valefor does get hit, she really has no way of healing herself, unless you teach her Cure, which is not a viable option until you can purchase Hi-Potions. By then, you have better Aeons, too.

As mentioned before, Valefor is the only Aeon in the game to have two Overdrives. Energy Ray is the one that comes with Valefor and the weaker of the two. For the other Overdrive, you can get it after Tidus receives the Brotherhood sword. Speak to the lady behind the counter at the item shop until she mentions her dog digging up something. The dog can be found inside the building on the right side, the top one. Just interact with the dog to receive Energy Blast. In order for Valefor to break the damage limit, you need Yuna’s weapon, the Nirvana and have it powered up with at least the Moon Crest.

If you plan on adding more abilities to Valefor, you can’t go wrong with Haste, Protect, and Shell. Since Valefor isn’t an elemental Aeon, that means she cannot heal herself with the respective element, so putting a healing spell is ideal, preferably Curaga. If you wish for Valefor to pack more of a punch, you can also teach her the -ra and -ga spells.