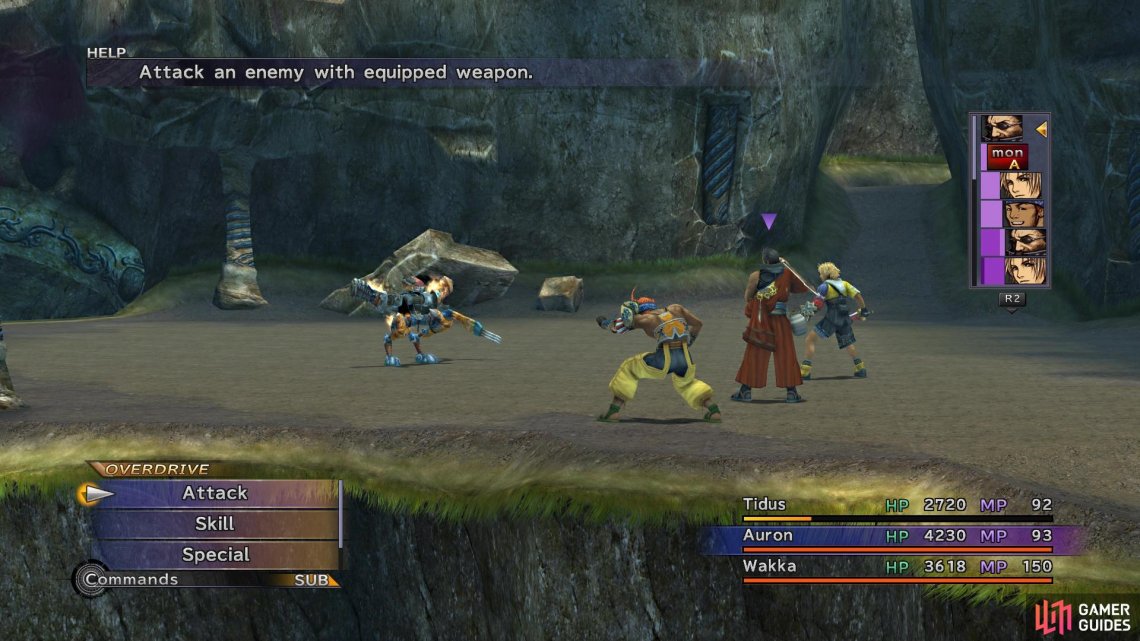 The Mech Scouter can be found on the Calm Lands, as well as right outside the entrance to the Cavern of the Stolen Fayth. Like all other Machina enemies, it can be easily defeated by using Steal on it. Note that there are two variants of this enemy, a normal one and a flaming one, with their stats being mostly the same. The flaming one does give a little bit more AP than the normal one. They are both weak to Thunder-based attacks and only do a normal attack, so they aren’t really all that different.