Final Fantasy X uses a turn-based battle system called the Conditional Turn-Based Battle, or CTB for short. Unlike the ATB systems prevalent in Final Fantasy games since Final Fantasy IV, this one is truly turn-based and doesn’t wait for a bar to fill up before you can take action. The turn order, or Act List, is shown on the right side of the screen and you can see all of the characters and enemies’ turns there. Upon a character’s turn, you will have all the time to pick an action, as you won’t have to contend with enemies using an action during it.

A unit’s Agility is taken into account, meaning it is possible for both characters and enemies alike to have two turns back-to-back. To add onto that previous statement, spells and abilities can also affect the turn order, as more powerful attacks might have the drawback of delaying your turn. This makes it important and adds an element of strategy during more challenging battles, as you might not want to give an enemy an opportunity for more attacks. 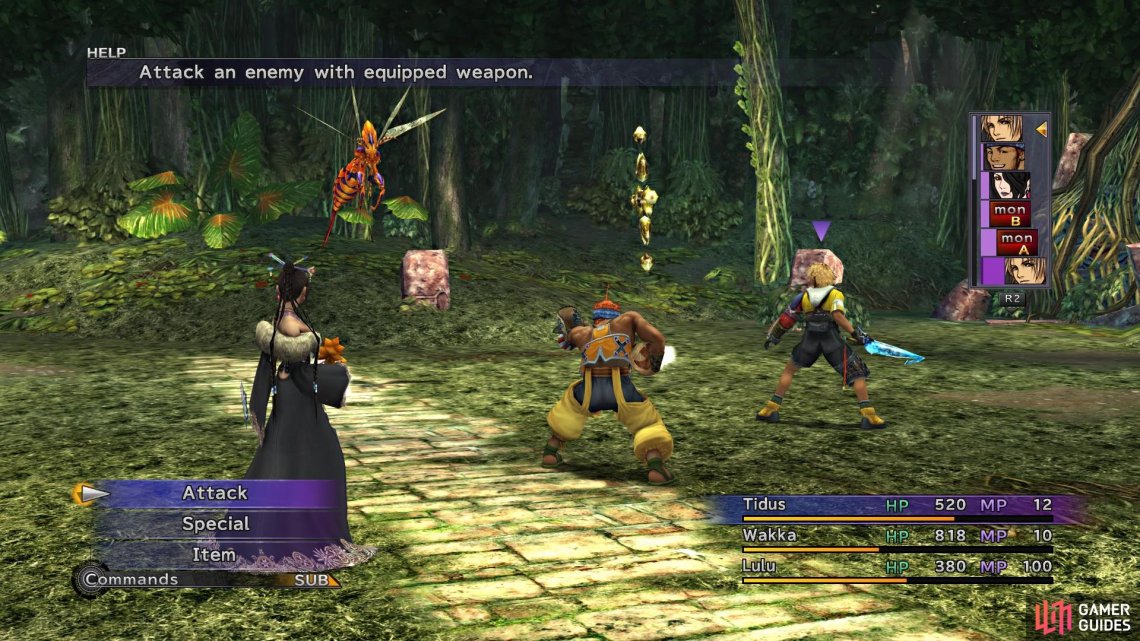 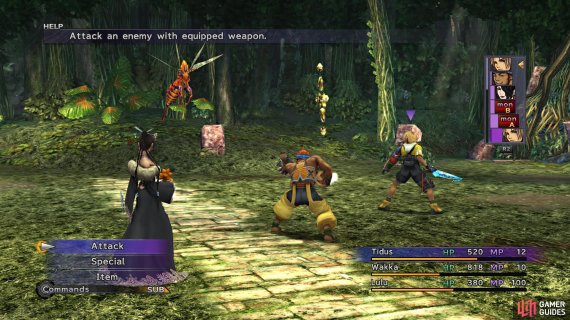 Turn order is shown in the upper right corner of the screen (left), It’s important to cycle characters in and out of battle as needed (right)

One of the biggest features for the battle system in FFX is the ability to switch in characters that aren’t actively participating in the fight. During a battle, when you have more than three party members, press the L1/LB/L button to bring up your bench, where you can swap the selected member. Note that a party member has to take an action in combat if they are to receive AP after you win, even if they are in the active party upon the battle’s finish.