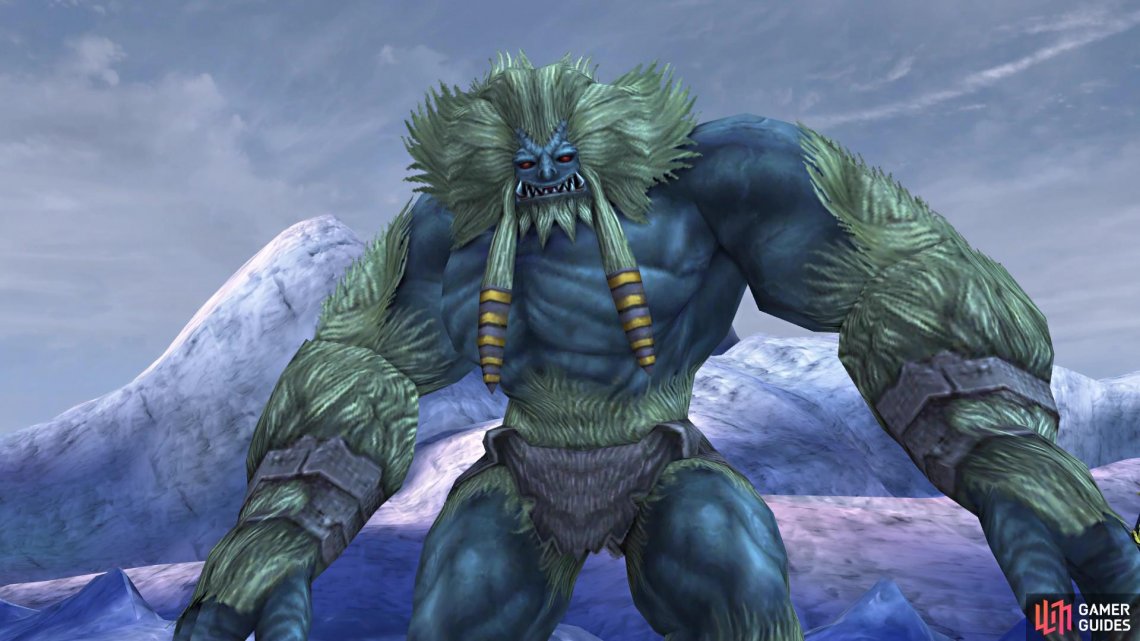 Wendigo hits hard and thanks to the two Guado Guardians, it has the potential to hit even harder. Not only can they heal it with Auto-Potion, but if you inflict Darkness on the Wendigo, they can use Eye Drops to cure it. To make matters even more annoying, they will cast Berserk on the creature, increasing its strength. It is possible that the Wendigo might even be able to one-shot some of your characters if it it Berserked. Should you go after the Guardians first and defeat them, they will cast both Protect and Shell on the Wendigo. There are ways of dealing with this, so your first priority should be the Guardians.

By now, you should know to use Steal on the Guado Guardians to disable their Auto-Potion, making it much easier to bring them down. Outside of the above, they can attack your party with Thundara and Blizzara, but your handling of the Wendigo should probably keep them busy enough so they won’t attack. Once you’ve taken the Guardians out, you can focus on the Wendigo. If it is Berserked, you can use Esuna to get rid of it, but Provoke and Threaten will also work. The only thing the Wendigo will really do is punch your characters, but there is something else to this creature.

When its HP is under 50%, it will raise its arms and tell you to attack it. You should avoid doing so, as you will be met with a counter. The Wendigo will put down its fists after a few turns, meaning you can attack normally, but it can do the counter stance again later, so be wary of when it does. So, you likely have Protect and Shell on the Wendigo and Yuna probably hasn’t advanced enough to get Dispel yet. Despite this, it is still possible to remove those buffs with Ixion’s Aerospark, so quickly summon the Aeon to use that to get rid of the buffs. With the Guardians gone, you can inflict Darkness on the boss, plus Power Break will also help in diminishing its power.