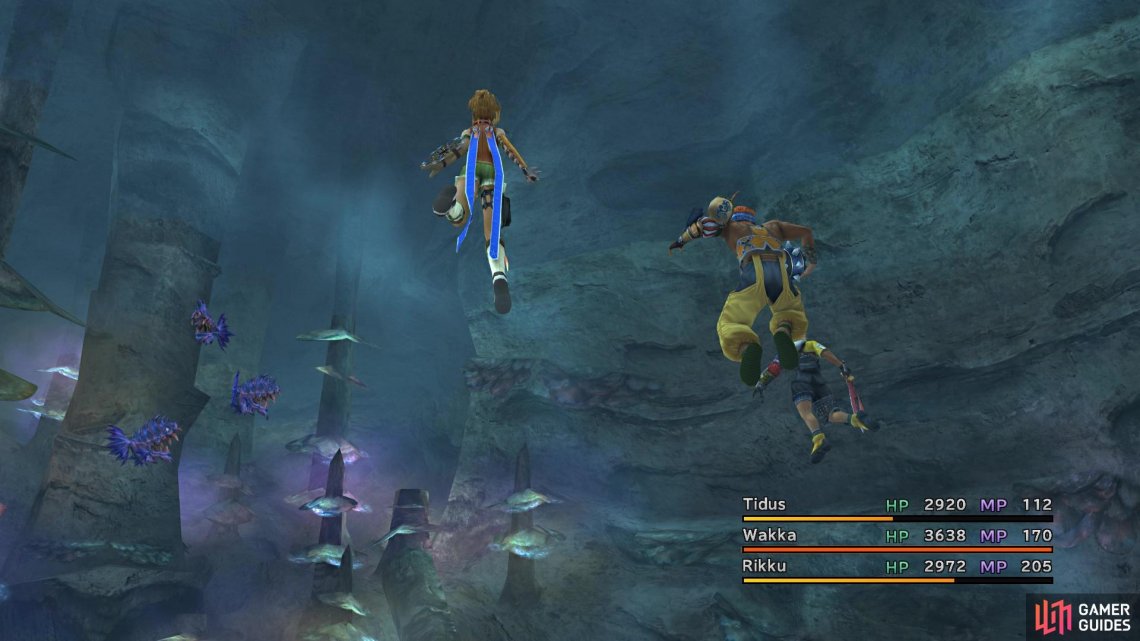 You will find the Splasher fiend in the underwater sections of Mount Gagazet. They come in three varieties, as there can either be one, two, or three Splashers that count as a single enemy. Other than some differences in stats (like HP, Strength, Evasion and Agility), they will all attack physically. If there is only a single Splasher, there is a chance it will Self-Destruct when defeated; the double and triple versions will not do this. They all have pretty low HP values, so it shouldn’t take more than a single strike to bring them down.