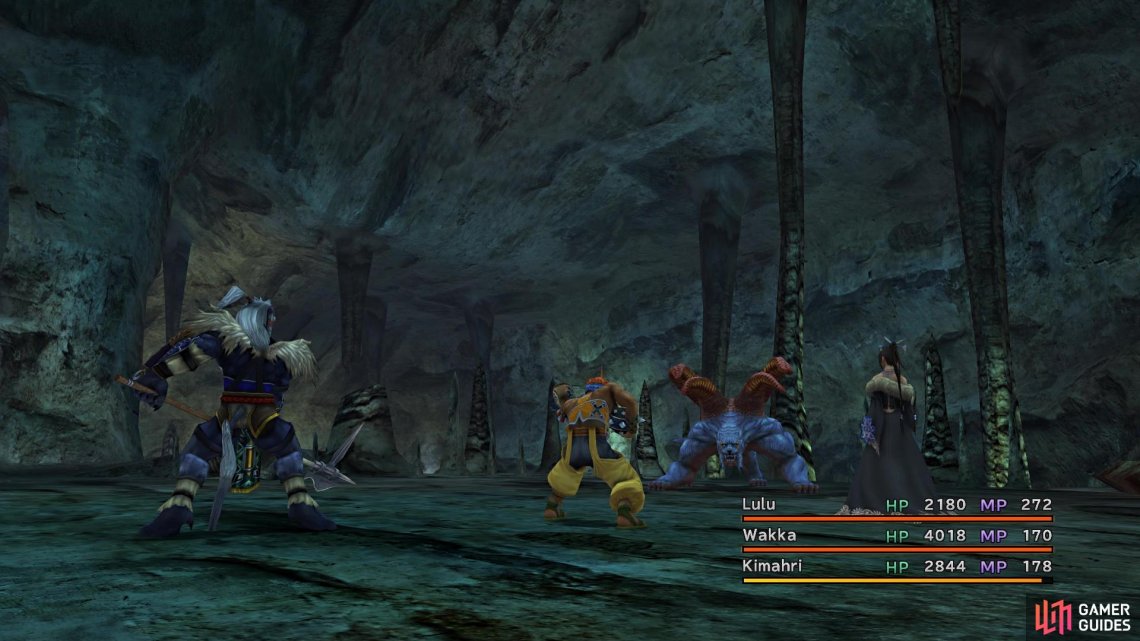 The Grendel can be found in the Mount Gagazet Caves, as well as in the first portion of Zanarkand. It is an armored fiend, so you will need weapons with Piercing on them in order to physically attack it. It has low magic defense, so you can also use magic against it, except for Fire as it halves it. The Grendel will always start the battle by charging on its first turn, then follow that up with Flame Ball, an attack that hits the entire party. Considering that is fire-elemental, you can have Yuna use NulBlaze to nullify the damage. It will do the Charge -> Flame Ball twice in a row, then either do one of the following: