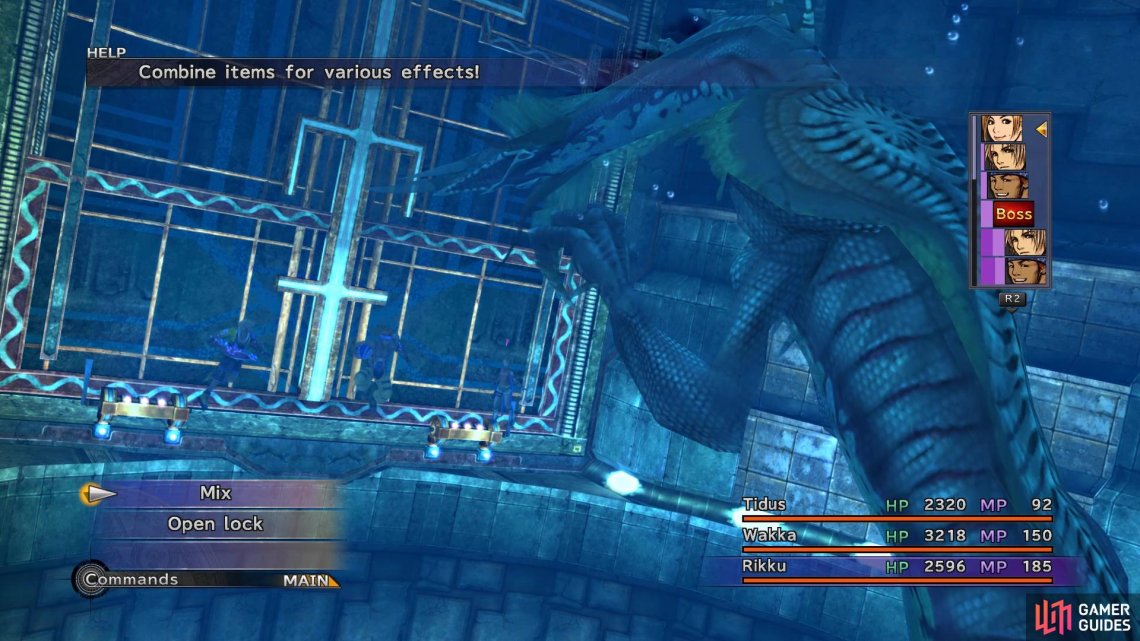 Evrae is back, but it is now an undead creature this time, which can make it an extremely easy boss. If you wish to fight it normally, let’s go over some of the things it does. It still has Stone Gaze, which behaves a little differently underwater, as it will instantly shatter the character. This means they will be ejected from battle, so they will receive zero AP at the end. If this is Rikku, then that can be troublesome, as she is probably the only one who has access to Use and can heal the party with Al Bhed Potions. Of course, if you have Stone Ward on your armor, then there’s a chance you won’t get petrified.

The only other attack that Evrae Altana has is Photon Spray, which hits random characters eight different times. It will also counterattack any attack you do with a physical attack, so you will need to keep an eye on your health at all times. So, fighting it normally is one way of doing things, but there are other ways. You should see that there are Trigger Commands in this battle, which is to open locks. Doing this will move the battle to another area, as well as revive/bring back other party members that may have been petrified and shattered.

Of course, doing this will not only get you away from Evrae Altana, but it will cut you off from a Save Sphere and some treasures. Also, there is no reason to do this, either, as there is one more way to defeat this boss. As a Zombie/Undead, you can simply use some restorative items to do away with the boss in a super easy way. In fact, two Phoenix Downs or X-Potions will down Evrae Altana.