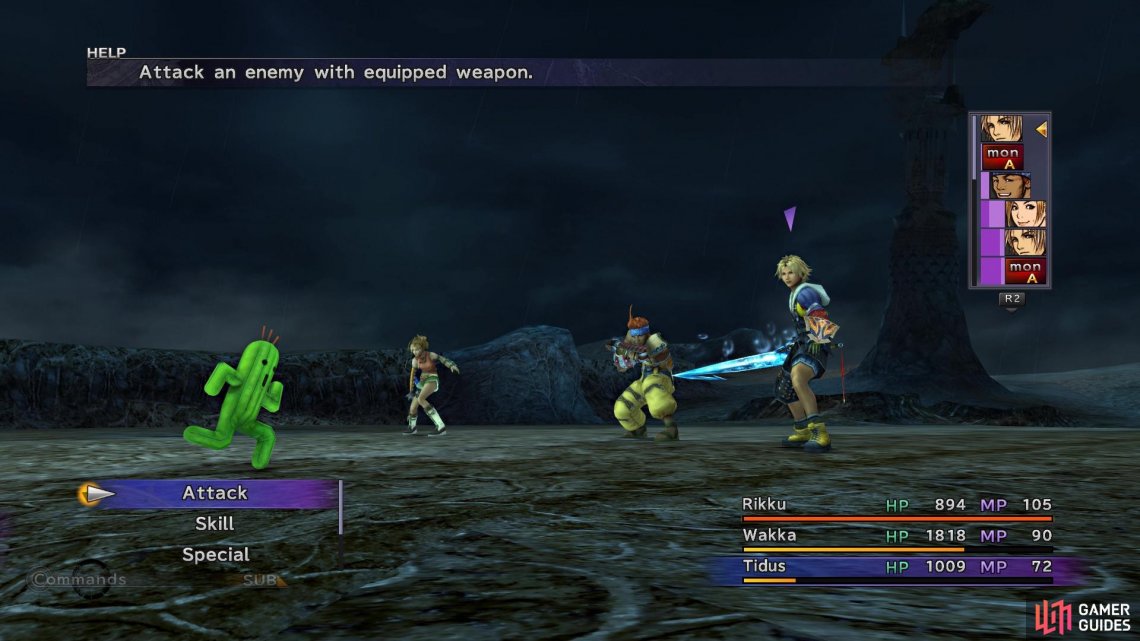 The Qactuar is a special enemy in the Thunder Plains, as you won’t run into any of them, unless you do a small sidequest. There are Qactuar Stones in the Thunder Plains, two in the southern section and six in the northern part, in which you must pray to them in order to get the Qactuars to appear as random encounters. You can only pray to them if they are glowing and you pray by pressing the Square (Playstation)/X (Xbox)/Y (Switch) button next to them. Undoing the seal on one stone will make it so you encounter a single Qactuar. You can encounter up to three Qactuars in an encounter, so you will need to pray at three stones.

As far as their battle prowess goes, Qactuars are highly annoying, as their high Evasion means they will dodge a lot of physical attacks, even from someone like Tidus or Wakka. Their magic defense is also super high, so magic isn’t going to really do anything, either. The best way to defeat Qactuars is with attacks that have 100% accuracy, like Overdrives and the special attacks from Aeons. Qactuars have a standard normal attack, but their most problematic skill comes in the form of 1,000 Needles. As you guess from the name, it will always do 1,000 damage to a single character. They also have a high frequency of just running away, and will always do so if they are under 50% HP.