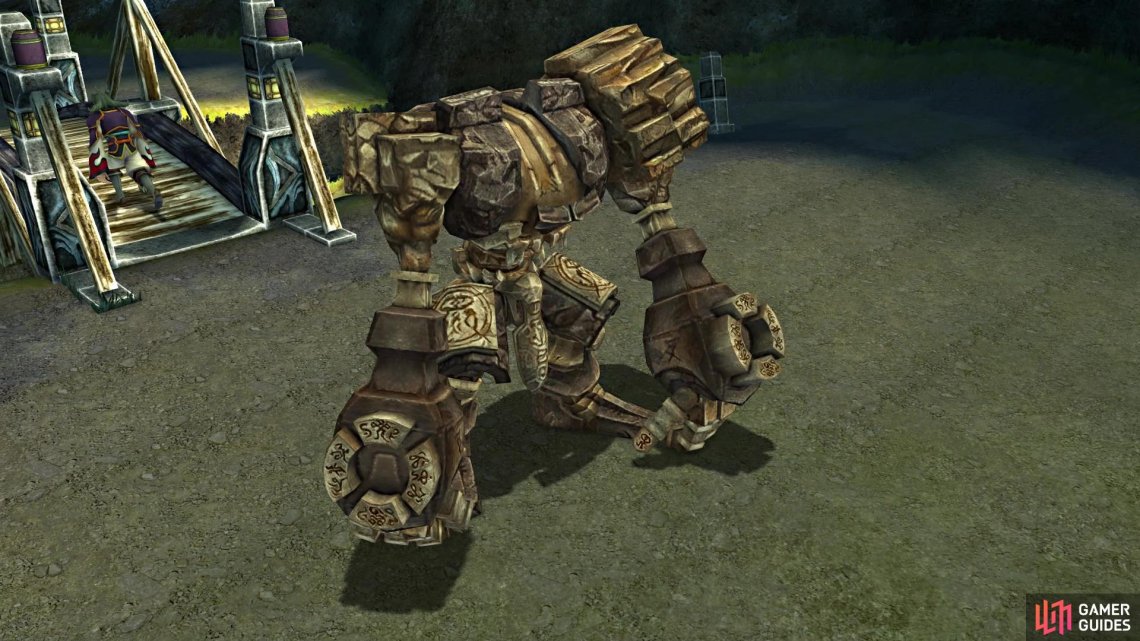 There’s no joking around that this boss hits hard, physically. Its normal attack can hit anywhere around 2,000+ damage, meaning you will need to be careful with some characters, as their HP pool might not be that high yet. Haymaker, another physical attack, has the potential to reach around 4,000 damage, or even more. This will probably KO anyone that isn’t named Auron, unless you’ve done a lot of grinding for Sphere Levels. It seems to use this after doing three or so normal attacks, so you can prepare for it. Another attack up its proverbial sleeves is Blast Punch, which halves the character’s HP, so it can’t actually KO them.

It will sometimes use Blast Punch as a counter, so be aware of that in case it does it right before one of its turns. Defender X does have access to Slowga, but it’s not a common occurence for it to use the spell. Lastly, once the boss gets under 16,000 HP or so, it has a chance of using Mighty Guard on itself. This will give it Protect, Shell and NulAll, which can be quite troublesome. It seems to only use this if you use Armor Break on it, which is something you will be doing. The reason for Armor Break is because Defender X is armored, so only Piercing weapons will deal full damage.

You could use Protect on your characters, since the boss really only does physical damage, but there is a much easier way of dealing with Defender X. If you happen to have Provoke, cast it on the boss and the only thing it will do is use Blast Punch on the person who used Provoke. As long as that character doesn’t die (they shouldn’t, since Blast Punch does gravity-based damage) or you don’t switch them out, this will be an incredibly easy win.