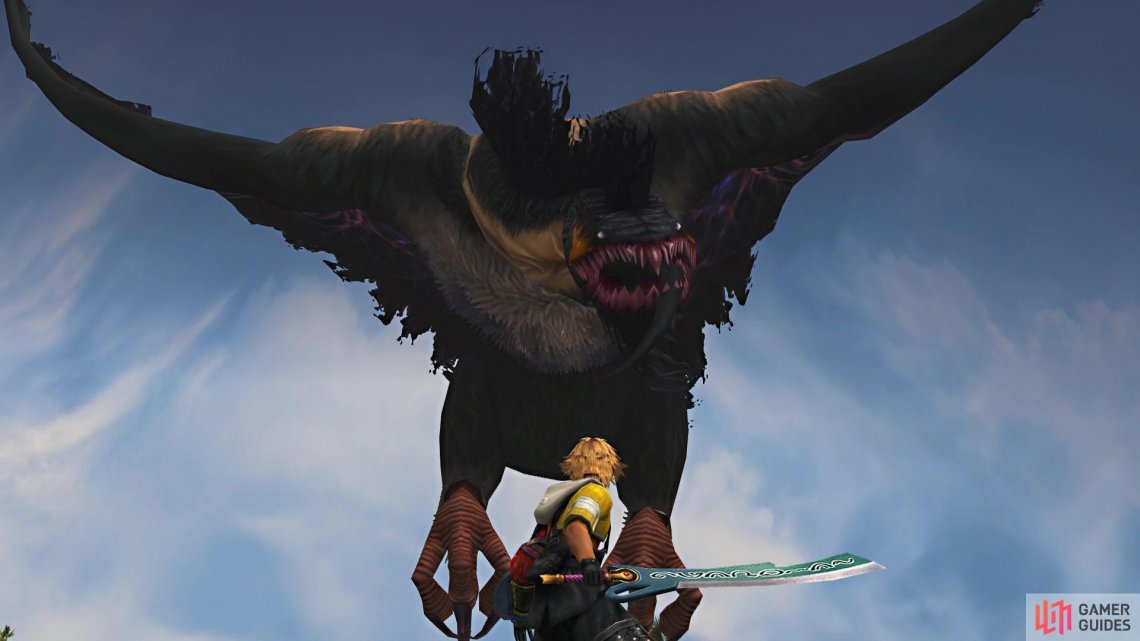 The Zu is found in Sanubia Desert and has two different variations. The first time you encounter one, it is a forced battle with Tidus alone, although Lulu and Auron can come to help if the battle takes too long. Note that this Zu will only have 12,000 HP, and its impossible to Overkill it (the Overkill is set to 12,000 HP, too). It will only use normal attacks until the others show up, where it will resort to its normal pattern (see below). It is possible for Tidus to defeat it alone, as he can Haste himself and use Slow on the Zu, giving him a lot of turns before the Zu can act.

Outside of the forced encounter above, the Zu will have the HP value listed in the table. It follows a set pattern of using three normal attacks, then on its fourth turn, the Zu’s wings will being to glow. This indicates that on the following turn, it will use Sonic Boom, an attack that hits all of your characters. Once you bring the Zu’s HP down below a certain threshold, it will fall and land on the ground, where you won’t have to worry about Sonic Boom anymore. It can only use normal attacks while on the ground and will not take to the air. The Zu is susceptible to both Darkness and Slow, so you should definitely put those on it while you whittle its HP down to zero.

One very effective way to bring down a Zu is to poison it, as it will tick for 4,500 HP every time it does. Note that if a Zu dies by a poison tick, you will now get the Overkill.